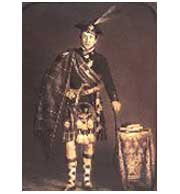 Professional genealogist and genealogy writer Tricia Dingwall Thompson describes “the good stuff” in ancestor search as information that brings our ancestors to life and connects them to our present. As you research and find your ancestors, don’t be satisfied with a simple compilation of names, dates, and places. Cast your “driftnets” into the ocean of family genealogy and be persistent in finding those aspects of your ancestors’ lives that make them real people for you. Follow Tricia as her Scottish Genealogy search to find her lost family takes her to the small Scottish village of Dingwall. What did she ultimately find?
(Photo courtesy R.D. Zimmerman)

Ten days following my sixth birthday, I returned from school to see my house in Selma, Alabama, surrounded by more cars than I could count. That morning while I was on the playground, my life had been changed forever – my father, Lt. Ronald Dingwall, a navigator in World War II, now training to be a pilot in the Korean War, had been killed in the crash of his F-51 Mustang fighter. I have felt the lack of him my entire life, and this ultimately led me to genealogical research.

Along with this loss also came the loss of his family. We lived in the South, they in the North. It was my two-years-older brother who piqued my interest in reclaiming this family with tales of a village in Scotland that carried our name: Dingwall. But growing up, I set that aside with other childhood fantasies – until one day when introducing Macbeth to 30 teenagers, I pulled down a map of Great Britain and pointed out the location of Inverness, Scotland. I noticed what had eluded me for years of using that same map; just to the northwest of Inverness lay a small village – Dingwall! I almost couldn’t finish the lesson as a passion was born; somehow I would get to Dingwall, Scotland, and find my lost family.

Five years later, my husband and I flew to the British Isles, rented a car and drove to the picturesque 12th Century village in the Scottish Highlands. Prepared for family research, I had photocopied a family tree from my baby book, with the names of four generations of Dingwalls. Upon presenting it to the village registrar, expecting an avalanche of documents, I was greeted instead by a dour expression, “When were these people born? Who left for North America, and when?”

I had no answers. I simply replied, “But my maiden name is Dingwall. Don’t you know who my relatives are?” Eyeing me with stern Scottish reserve, she replied, “Over half the people in this town are Dingwalls. We need more information to help you.” Much chagrined, I returned to Montana and promptly enrolled in a genealogy class to learn more about ancestry searches.

After reconnecting with some of my long-lost Dingwall relatives, I learned family tradition held our Scottish emigrants left the Highlands mid-19th Century, first settling in Toronto. In 1997, the computer was just beginning to have a significant impact on genealogical research. Scouring online resources, I found an Ontario Index to the 1871 Federal Canadian census, a significant, free-finding aide. There I located my immigrant third-great-grandfather, for whom my own father was named: Ronald Dingwall. I ordered the microfilm of the census from the Family History Library, and when it arrived, I felt I was reaching back through time and meeting my ancestor, reclaiming some of what was lost that terrible day in Alabama.

Once I found the right family, records starting coming more easily, as did an understanding of immigrant life in 19th Century Ontario. An extremely helpful resource for tracing ancestry was the genealogical website Ontario Cemetery Finding Aid, which led me not only to Ronald’s grave, but also to those of his wife and daughter, who died within two years after leaving Scotland. But the best record in helping me get to know this man came from the online digitized Toronto City Directories found on the Toronto Public Library site. Being fully searchable, the 1861 directory brought up listings for clubs and organizations, where I found Ronald Dingwall as a member of the Canadian Highland Society and the St. Andrew’s Society, identified as a “piper.” Ronald Dingwall became real for me, as I saw him in my mind in traditional Scottish bagpiper regalia, piping the tunes he had learned in his native land. What an amazing arc his life had taken, and he was mine!

Because I have so many “driftnets” cast out in the ocean of family genealogy (a public tree on Ancestry.com, surnames on Rootsweb, queries on Genforum, graves and information on FindAGrave), I received an email a few weeks ago from an unknown distant Dingwall cousin, who mentioned having a photograph of Charles Dingwall, one of Ronald’s sons, wearing his father’s traditional Highland garb. Would I like a copy, he asked. Would I??!! And so he sent this photo, which must have been taken in the 1860s, during Ronald’s lifetime. The photo looks so much like those of my father, I could scarcely breathe when I saw it.

This is “the good stuff” in family genealogy indeed, the stuff that brings our ancestors to life and connects them to our present. As you research and find your ancestors, don’t be satisfied with a simple compilation of names, and dates, and places – vital to your success as those may be. But be persistent in finding those aspects of their lives that make them real people for you. Don’t just click a census transcription into your online tree; open the original image and glean all the information available. If you need help pursuing your genealogical research, contact the professionals at RecordClick.