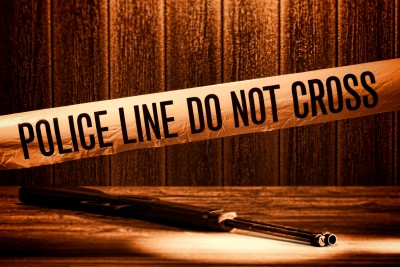 The best way I can explain forensic genealogy is to describe it as “reverse genealogy.” Rather than going from the present to the past – i.e., the living to the deceased – forensic genealogy goes the opposite direction. While the Bermuda Triangle is the end of a journey, the Forensic Genealogy Research Triangle represents the beginning of an ancestral research journey. History, Geography, and DNA create the perfect equilateral triangle of forensic research. If you must supply documentation for a legal case that requires source citations or written reports, you are now entering the world of forensic genealogy.

When I set out to research this article, I was a tad surprised to see forensic genealogy described as a “modern” approach to family research, as though it were invented yesterday. The practice has been around for quite some time. Only recently has it gotten a sexy name and the respect and appreciation it deserves.

I have heard forensic genealogy described as “the study of kinship and identity as it pertains to the law.” That’s a good definition, but I prefer professional genealogist Megan Smolenyak’s description – “reverse genealogy” – because in forensic cases, you begin with the deceased and you look for the living, compared to conventional genealogy, which starts with the living and looks for the deceased. (Ms. Smolenyak is the author of Trace Your Roots with DNA.)

In other words, forensic genealogy takes the facts discovered by conventional genealogy and weaves them together to give you an entire picture. It is a relatively modern approach to family research for the legal profession and law enforcement. Think “CSI Meets Roots.”

One of the most common uses for forensic genealogy is to locate missing heirs to estates. This is not a new practice. In fact, Laurie Thompson, a highly respected former Regent of a New York City DAR chapter, provided forensic genealogy research to the FBI and other law enforcement agencies, in addition to finding next of kin, for more than 40 years. She didn’t have the luxury of online databases; she did it the hardcopy way. The answer to a case may be found in a city directory or in hospital or cemetery records. So “high-tech” is not necessary in forensic genealogy, but it sure does help. Where the high-technology comes in handy is with the DNA testing; but in the end, the science must be supported by the analyses of photos and documents.

A short list of areas that are served by forensic genealogy includes:

Fitpatrick is described as a “real-life CSI detective who has helped crack the most compelling mysteries of our time.” Currently, she is a consulting genealogist for the Armed Forces DNA Identification Laboratory (AFDIL).

Boasting a PhD in nuclear physics, as well as an MS in physics from Duke University in Durham, North Carolina, Colleen Fitzpatrick founded her own high-tech optics company (Rice Systems) in her garage. She subsequently contracted with NASA, the US Department of Defense, the National Institutes of Health (NIH), and the National Science Foundation, as well as other civil and government agencies.

Fitzpatrick is the author of several best-selling books on genealogy, as well as a forensic genealogy book – Forensic Genealogy -that is considered “The Reference” for the entire profession. Dick Eastman, renowned genealogist and host of his own website Eastman’s Online Genealogy Newsletter, highly recommends Forensic Genealogy. Other books by Fitzpatrick include DNA and Genealogy (2005) and Dead Horse Investigation: Forensic Photo Analysis for Everyone, among others.

An expert in the field of forensic genealogy, Dee Dee King serves on the board of the Council for the Advancement of Forensic Genealogy (CAFG) a professional business league. The Council’s website offers valuable research resources, including links to probate codes, bar associations, state rules of evidence, genealogist/attorney relationships, and more. The Council also offers classes, and those who pass the course receive a Forensic Genealogy Institute Certificate of Completion.

Forensic genealogy in short is research, analysis, and reporting in cases with legal implications. It’s mining for research gold, using creative resources outside the realm of conventional genealogy research. It is applying scientific processes to traditional research to arrive at an answer. It is the dead speaking from the grave . . .”where are you?” Do you hear dead people speaking? If you do, forensic genealogy may be for you. Need help?