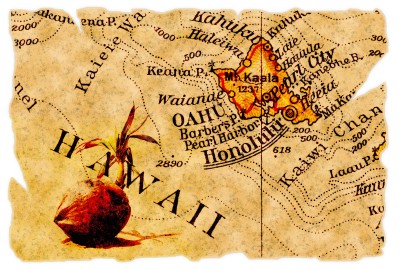 Add one part objective genealogical research to one part subjective political opinion – what do you get? — Nothing short of an atomic blast! Learn from this author’s folly . . . the rational fact-based world of the lineage researcher does NOT compute with that of the emotionally-charged pseudo-political commenter. In other words, if you play with a rabid dog, you’re bound to get bitten. Read what happened to this writer/genealogist when she dared to step into the world of political commenting.

This past Wednesday, July 18, just about every news outlet released a story on the claims of Maricopa County (Arizona) Sheriff Joe Arpaio that President Obama’s Hawaii birth certificate is a fake.

Forgetting the politics, forgetting the President’s case – I couldn’t help but offer my thoughts on the subject, keeping my focus and interest on professional and amateur genealogists who are counting on the fact that vital records will open the next door to their lineage journey. I posted my comment on no less than eight major media outlets; it appears below:

‘From a genealogist’s perspective, we can only hope that all birth, death, and marriage certificates are all filled out accurately. As researchers, our interest is not mired in politics or popularity, rather in intrinsic facts that will help future generations map their lineage. In the case of Obama’s birth certificate, it says that “investigators previously didn’t know the meaning of the codes but they were explained by a 95-year-old former state worker who signed the president’s birth certificate.” One would think — as is the case with the U.S. Census — the questions and related coding for birth certificates for a particular area and year would be available for referencing, rather than having to rely on the memory of a nonagenarian. Too bad Hawaii didn’t keep a copy of the numeric codes for their long-form birth certificate so that the question of Obama’s birth details could finally be put to rest.’

The comment drew thumbs up on several sites, except for one, in which two pundits viewed me as someone akin to Satan. Both unleashed a barrage of insults and attacks over my own legitimacy, making it clear that my interest in the numerical coding translation was foolish and clearly un-American.

With all four of my cheeks still stinging from the slapping/spanking I received, I’m not about to let the bruising stop me from continuing to advocate for better vital records archival methods. It is important that genealogists, in the years to come, will be able to read and translate accurately the information they need to map their family history.

Arpaio’s chief investigator, Mike Zullo, contends that the translation of numerical coding used on birth certificates at the time Obama was born in the early 60s is not readily available. Zullo was quoted as saying, “It appears that in the case of Hawaii law, any person can obtain a birth certificate if any adult or their parents can prove that they resided in Hawaii for one year and paid taxes. There is no requirement to show that the child itself was actually born in Hawaii or on U.S. soil.”

Of course Hawaii officials said that was poppycock, replying, “Not only are Hawaii’s vital records some of the best managed, but they also have some of the strongest restrictions on access to prevent identity theft and fraud.”

Because I am NOT a specialist in genealogy research in Hawaii, I welcome anyone out there who is to help us all understand the numerical coding used on Hawaii vital records. Has this presented a problem to lineage researchers accessing Hawaiian records? Hawaii genealogists – please weigh in; we need your expertise.