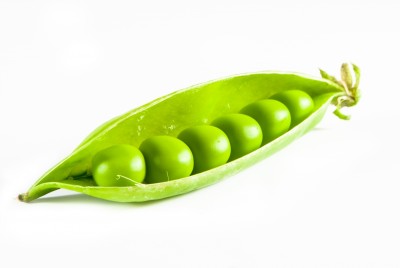 When Charles Darwin published Origin of the Species in 1859, he didn’t know anything about genetics and DNA, let alone genetic ancestry or DNA genealogy testing for ancestry – the words weren’t even in existence – but he certainly started the ball rolling for a slew of scientists who would use his ideas and theories as a catalyst to arrive at modern genetics. Though his developmental theory of heredity was disproved, his theory of natural selection became the basic mechanism of evolution. Simultaneously to Darwin’s theorizing, an Austrian monk, Gregor Johann Mendel, was experimenting with pea pods. Mendel published his own theory of genetic inheritance in 1866. Neither Darwin nor Mendel knew of each other’s studies. But had they known and were able to combine their findings, Population Genetics (or “Pop Gen”) would have been born 150 years before its time. As Darwin embarked on his voyage aboard the Beagle, I invite you to embark on a journey to the early years of genetics and DNA, so that you can better understand why family tree DNA is so important, and why you may want to consider DNA genealogy testing for ancestry.

“. . . nothing in biology makes sense except in the light of evolution.” ~Theodosius Dobzhansky (1900-1975; Russian-American geneticist and one of the creators of the modern synthesis)

When I was a freshman in high school, I read the Origin of Species (originally On the Origin of Species by Means of Natural Selection) by Charles Darwin (published 1859), and I became instantly fascinated by the theory of evolution through natural selection. The fact that it was the 1970s made it cool to read controversial books, and Darwin’s book was definitely controversial – more so in 1859, but the topic of evolution continues to be controversial even today. His scientific tome was definitely different from the more modern notorious books I was reading in the early 70s – Portnoy’s Complaint (Random House, 1969) and Fire Island (Avon, 1970), both of which I managed to get my hands on and read in a single afternoon – but all of these books in their own way had drawn their share of controversy and therefore piqued my attention.

Darwin clearly is a different class of writer from Philip Roth and Burt Hirschfeld, but his theories about the transmutation of species (to alter in form, appearance, or nature, usually to a higher level) managed to raise a lot of eyebrows more than 100 years before Roth and Hirschfeld came on the scene with their own stories about sexual selection and gene flow.

When Charles Darwin published Origin of the Species in 1859, he didn’t know anything about genetics and DNA, let alone genetic ancestry or DNA testing for ancestry – the words weren’t even in existence – but he certainly started the ball rolling for a slew of scientists who would use his ideas and theories as a catalyst to arrive at modern genetics and ultimately DNA genealogy. Though Darwin’s developmental theory of heredity – Pangenesis – was disproved, his theory of natural selection has become the basic mechanism of evolution.

Darwin’s theory of Pangenesis set forth the idea that the inheritance of traits was achieved by tiny particles known as pangenes (also “gemmules”) formed in different parts of the body, which migrated to the reproductive cells (later known as “gametes”). A blend of pangenes from both parents brought about the mixed characteristics appearing in the offspring. His theory has since been disproven, but since Darwin knew nothing about DNA ancestry or genetic ancestry, it was an extraordinarily clever theory – a theory that would spur the interest in scientists to delve into genetic ancestry for hundreds of years to come.

“The time will come, I believe, though I shall not live to see it, when we shall have fairly true genealogical trees of each great kingdom of Nature.” (Written by Charles Darwin to his friend and colleague Thomas Henry Huxley in 1857.)

Not until the late 1940s, however, did scientists finally agree (generally) that genetics was consistent with natural selection and evolution. The agreement was known as “modern synthesis,” and it formed the basis of evolutionary biology. Evolution is now considered the central unifying concept in biology.

At the very same time that Darwin was theorizing Pangenesis, Gregor Johann Mendel, a monk, was experimenting with pea pods in a monastery garden in Austria. Mendel published a rival theory of genetic inheritance in 1866 that set forth the idea of heredity units, which he called “factors” (later called “genes”). The monk theorized that offspring receive factors from each parent; some factors are dominant and some recessive. Mendel’s First Law (the “Law of Segregation”) stated that every individual possesses a pair of alternative forms of a factor (now known as “alleles”), and that each parent passes a random one of the alleles to its offspring. Mendel’s Second Law (the “Law of Independent Assortment”) states that traits are transmitted to offspring independently of one another. Neither Darwin nor Mendel knew of each other’s studies. Had they known and were able to combine their findings, Population Genetics (or “Pop Gen”) would have been born 150 years before its time.

Population Genetics defines evolution as any change in the genetic composition of a population over time. It is based on four factors including: 1) natural selection, 2) mutation, 3) random genetic drift, and 4) migration into or out of the population.

While Mendel’s Laws remained relatively unknown to most of the scientific population for 35 years, three scientists revisited the Austrian monk’s theories in 1900. Hugo de Vries (Dutch), Carl Correns (German), and Erich von Tschermak-Seysenegg (Austrian) were all working independently of one another, yet they simultaneously discovered that Mendel’s Principles of Heredity (aka Mendelian Inheritance) were correct.

Insofar as the birth of Population Genetics, it would not be until the 1920s and 1930s that three scientists – R.A. Fisher, J.B.S. Haldane, and Sewall Wright – would integrate the principles of Mendelian genetics with Darwinian natural selection to explain Population Genetics, which supports the belief that natural selection is one of the most important factors that can affect the genetic composition of a population.

The first 50 years of the basic discoveries of evolution and DNA ancestry was a solid segment in the genetic ancestry journey leading to today’s understanding of Population Genetics. It would take another 20 years before Mendel’s theories were integrated with Thomas Hunt Morgan’s Chromosome Theory Of Inheritance in 1915, and almost 50 years after that before James D. Watson and Francis Crick, along with Maurice Wilkins, would be awarded the Nobel Prize (1962) for their “discoveries concerning the molecular structure of nucleic acids and its significance for information transfer in living material.” But that’s for another article yet to come. For now, I just want to pique your interest and help you understand why, in today’s age, DNA genealogy, especially family tree DNA testing, are so important to all of us.

“I think the most significant aspect of DNA is the support it gives evolution by natural selection.” ~Francis Crick (Co-discoverer of the structure of DNA)

You, too, can dive head first into the world of DNA genealogy by ordering a DNA testing kit from Record Click. As you discover your genetic ancestry, take a moment to think about the great scientists throughout the last 150 years who have brought the theory of heredity to your own front door.