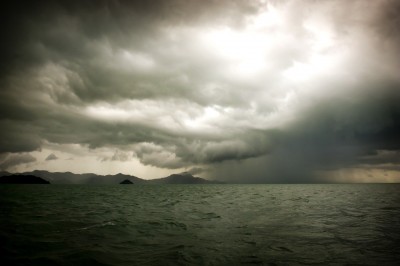 Knowing the stories of our ancestors makes them come vividly to life for us. Isn’t this one of the greatest lures of genealogical research? They tug at our imagination and inspire our admiration: for without their unbelievable courage, we would not be who we are. We all have them: stories handed down in our families of interesting, eccentric, tragic, even infamous relatives. But how many of these stories stand up to the scrutiny of genealogical research? Among my own friends in the genealogy world, certainly less than half prove to be true. Oh, but those that do . . . .

Three years ago, I received a brief family history from a distant McMillan cousin—six handwritten pages covering over one hundred years from the family’s immigration to Colonial America and subsequent settlement. This history contained two amazing stories, which when combined made me wonder. The second one involved a War of 1812 incident. Ananias McMillan, a soldier stationed with his family at Detroit, along with his 12-year-old son Archibald, went to bring in their cow one evening when Ananias was suddenly shot and scalped by Indians, who then kidnapped Archie. Months later, the U.S. Army effected the release of the boy, returning him to his mother.* The account had sufficient names, dates, and places to research to determine its veracity. But that first story . . . .

“Started to this Country with his widowed Mother and her Infant babe, when he was 14 years old. They were shipwrecked on the way. His mother mother-like grasping the situation, gave her chance of life to her son, tossed her Purse to him, Bade him God Speed should he reach this country: A few moments later he saw two Pieces of the Ship come together, Crushing Mother and Babe, and sink to rise no more. I have heard his Daughter — my grandmother — say he always saw that sight when he closed his eyes, and the Oceans roar was ever in his ears.”

That horrific scene, coupled with the Indian scalping and kidnapping, caused me to dismiss these stories as family myths told around the fireplace for evening entertainment. But after verifying the Detroit story with city and county histories, my mind returned to that shipwreck. Unlike the second account, this first one seemed to lack sufficient detail to research. No date, no ship’s name, no location of the disaster. But the age of 14 proved to be the key. Knowing the death date and age of Sophia’s great-grandfather Jonathan, I could fix the shipwreck at approximately 1737, and certainly the location had to be off the coast of New England, since Jonathan had survived and wound up in Maine.

AmericanAncestors offers an external database of early American newspapers, including The Boston News-Letter and The Boston Evening-Post. Within 10 years of 1737, only one shipwreck off the New England shores was reported: the loss of the snow** Catherine. Sailing from Port Rush in Ireland on June 4, 1737, the Catherine was about a mile off the coast of Nova Scotia’s uninhabited Sable Island around 1:00 in the morning of July 17, in thick weather, with high winds and waves. After the tiller was smashed, the sea washed over her and broke apart the entire vessel. Passengers were cast into the stormy water among pieces of the broken ship, and 98 drowned.

The surf washed 104 survivors ashore, where another four died from being battered by pieces of wreckage. In the morning, they buried their dead and began repairing the badly damaged longboat. Three days later, the ship’s captain and six other men set out in the longboat, headed for Canse, Nova Scotia, 110 miles distant. They survived the journey and assembled a rescue team, which arrived back at Sable Island six days later.

This had to be the shipwreck Sophia had written about, an event that occurred 106 years before she was born! But the details that came through the generations — the origin of the journey, the age of her great-grandfather, the breaking apart of the ship, casting passengers into the water — all enabled this incredible occurrence to be verified as family history, not merely an entertaining tale for winter evenings. And what a remarkable event: elements of the Titanic disaster coupled with the Shackleton Expedition stranding and ultimate salvation. I have to wonder at the tenacity of these people, so determined to make a better life for their descendants. I cry for the Mother and her baby crushed by the wreckage, marvel at the courage of the men who set out to row across 110 miles of open ocean, and wonder about the terror of the survivors left behind on Sable Island, speculating about their chances for rescue.

Knowing the stories of our ancestors makes them come vividly to life for us. Isn’t this one of the greatest lures of genealogical research? They tug at our imagination and inspire our admiration: for without their unbelievable courage, we would not be who we are.

Researching family genealogy is not just for professional genealogists, but sometimes a genealogist for hire can really help to trace your ancestry. If you need the assistance of a genealogy ancestry service to enhance or expand your genealogical research – to determine if the stories are family history or family legend – consider contacting a professional genealogical service, such as Record Click. Trained and experienced genealogists can help you with ancestry searches and confirm fact vs. fiction.

*A full examination of this story and the steps that led to its confirmation can be found in the Spring 2012 issue of American Ancestors, “From Family Myth to Historical Account: The McMillan Incident in 1814 Detroit.”
**A type of square-rigged vessel, similar to a brig but having a tri-sail behind the main mast.