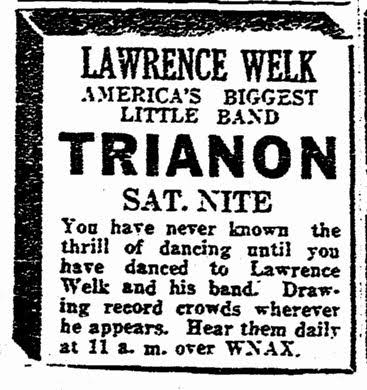 Homesteading provides a true American story. And it is the story of famous television musician Lawrence Welk. Celebrate
genealogy and the fourth of July with a festival of information thanks to our RecordClick professional genealogist Joan Shurtliffe.

The town where this genealogy service provider now lives has a bang-up July Fourth festival  and celebration.

Fourth of July. Summer.  All kinds of festivals.

There even is a tomato festival in the Pennsylvania town where the grandmother of this RecordClick professional genealogist grew up.  In this area where I live, we also have nationality festivals–with several Czech celebrations.

For an outing last weekend, I attended Homesteader Days at the Homestead National Monument in Beatrice (Bee-At’-Ris), Nebraska. Along the wall, there were banners of notable people with homestead roots– including Lawrence Welk, the down-to-earth Polka King. His story is a good one and his youth was typical for a member of a homesteading family.

The genealogy service provider should be aware of the impact homesteading may have had on a family. The Homestead Act of 1862 did a couple of things. First, it gave people a chance to own property. Many of those impacted by this act may not have had the opportunity, otherwise, to own property.

Secondly, the Homestead Act of 1862 was a source of revenue for the federal government. There was an option called “Cash Sale” where an individual could obtain the property after six months for $1.25 an acre. Homesteaders paid only a modest filing fee.

Finally, there was a program in which military veterans could purchase property with military scrip.

Lawrence Welk’s father, Ludwig, belonged in the first category. He was someone who might not have otherwise owned property here.

I’m going to throw out some numbers concerning homesteaders that the National Park Service has assembled. These should be of interest to every genealogy service provider.

This genealogist thinks that this is a lot of land and a lot of people. 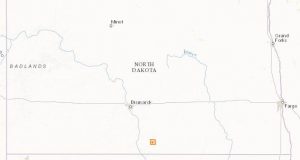 The homestead area of the Welk Family

When the genealogy researcher looks at the Welk family, we see that passenger and census records show Ludwig and his wife, Christina to be German-speaking Russians who married in approximately 1891. They arrived in New York on April 11, 1893 with political instability in Europe as a major factor in their decision to come here. They traveled in third class and each had one piece of luggage.

The genealogist will see that this couple made their way to North Dakota and settled in the German- speaking community of Strasburg. Ludwig Welk filed for an 80-acre homestead and proved up on the farm in Emmons County in south central North Dakota in December 1903– the year that Lawrence was born.

Life on the homestead wasn’t easy. Lawrence Welk had seven siblings and all were expected to help out. German was spoken in the household, so Lawrence learned to speak English when he was older. He had to work on the farm to repay the cost of the accordion that was his ticket to a different life. By 1929, he and his “America’s Biggest Little Band” were making a name for themselves in the region. By the 1930s, he headed west to California, as so many others from the Great Plains did at the time.

His journey led to television and to national fame. Wide audiences enjoyed his music. It was easy to dance to and had a hometown “festival” sort of feeling. And just as genealogy endures, so has the bubbly, festival-like music of Lawrence Welk. It has lasted for decades with some public television stations still rerunning Lawrence Welk’s musical variety program.

Homesteading had a big impact on the American story and because of that, this research should be in the bag of tools used by any genealogy services provider. The original homestead packets are located in the National Archives. A few states homestead records have been digitized and are online. The BLM – GLO web site lists individuals, including homesteaders, granted land patents. These records provide fertile information for cultivating a family history.

When you hire a genealogist from RecordClick, you will get professional ancestry researcher who know how to locate records, including those homestead-related documents. Our genealogy service provider will be able to provide information on the land and its impact on the family story.