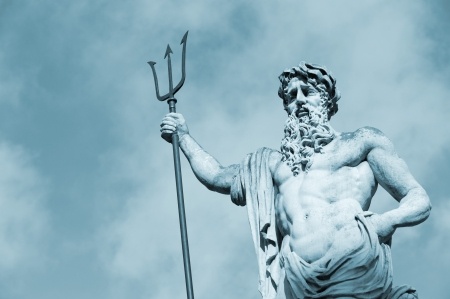 I always start my Beginning Genealogy class with my favorite saying about this obsessive hobby:

“Genealogy without documentation is mythology.”

I grew up knowing with certainty that my mother’s Schley line extended back to Admiral Winfield Scott Schley. Never heard of him? He was a much-decorated Naval Officer of the Civil War, the Chincha Island War, the San Salvador Revolution, the Korean Expedition (not to be confused with the Korean War), and the Spanish-American War.

In high school, everyone heard about Mother’s famous ancestor Admiral Schley. When I became interested in genealogy, I started looking for our connection, because she wasn’t sure how many “greats” were involved. My research did not impress her, and to this day, she denies what the documents show: our Schleys were German farmers from rural Bavaria. They immigrated to the U.S. around 1840 and made their way to New Berlin, Wisconsin, where they resumed the family profession. The only ship they ever sailed on was the immigrant ship that brought them to this continent, passenger records not among those that have survived through the years. But other documents have. I tried to share them with my mother: when Winfield Scott Schley was a shipmaster assigned to the Potomac during the Civil War, her third-great-grandfather Daniel Schley was farming in Waukesha County, Wisconsin. She denies this, so my mother and I just don’t discuss genealogy anymore.

Every family has some sort of mythology about their forebears. Inevitably some of those myths prove to be true, while others do not. As family researchers, we should see ourselves as guardians of true, documented family history. Lineage societies provide an exemplary way to do this. These groups’ verifying genealogists apply high proof standards to evaluate applications. Stung by early, lax procedures of accepting an individual’s word regarding ancestors’ identities and vital dates, lineage societies today see their place in the world of genealogy as keepers of the flame. If you want to join the Sons of the American Revolution (SAR) or the Daughters of the American Revolution (DAR), can you properly document your line to a specific patriot? Can you be certain that your William Anderson is the correct man who served on the Continental Line from Virginia, and not his younger cousin who lived in the same community but who did not serve? By applying these standards, lineage societies work with family genealogists to establish and preserve true family history. Lineage societies also help preserve our nation’s history. Most work diligently to build document collections not found elsewhere: personal family papers such as diaries, letters, bible records, journals, certificates, etc. They collect books and scholarly articles about their specific focus.

The SAR and DAR are probably the two best-known lineage groups, but actually, there are well over 200 in the United States alone. They concentrate on historical events, such as the founding of our nation (Mayflower Society, Jamestowne Society, Descendants of the Signers of the Declaration of Independence), military conflicts (United States Daughters of 1812, Sons of Union Veterans of the Civil War, Sons and Daughters of World War II), early settling of the states (Descendants of Founders of New Jersey, First Families of Virginia, Daughters of the Republic of Texas), descendancy from famous people (Washington Family Descendants, Families of the Presidents and First Ladies), descendancy from religious groups (Early Quakers, Huguenot Society of America), professions (Descendants of Colonial Physicians and Chirurgiens, Guild of Colonial Artisans and Tradesmen, Hereditary Society of Teachers), and many other fields of connections.

Establishing your link to one of these groups not only documents your genealogy but also leads you to understand your ancestors’ role in history, subsequently making that history come to life for you. No longer is the voyage of the Mayflower just something you studied in school: it becomes a vivid journey in your understanding of the cramped conditions, storm-tossed ocean waves, fears and hopes of what the future held. In 1778, my fifth-great-grandfather John McMillen marched on foot 130 miles from New Boston, New Hampshire, to protect citizens in Newport, Rhode Island. I wonder what it took to walk such a distance, and I try to imagine how his wife Rachel managed the farm and their six young children, including a two-month-old baby, while he was gone.

Lineage societies focus on the history of our families, as well as of our nation. Joining these organizations honors our ancestors who gave us the lives we have today. In upcoming weeks, I will explore some of these groups individually and discuss how you can join them. If you would like assistance in claiming this part of history for yourself and preserving it for your descendants, as genealogy, not merely mythology, contact the professionals at RecordClick. Professional genealogists are ready to help you trace family history.