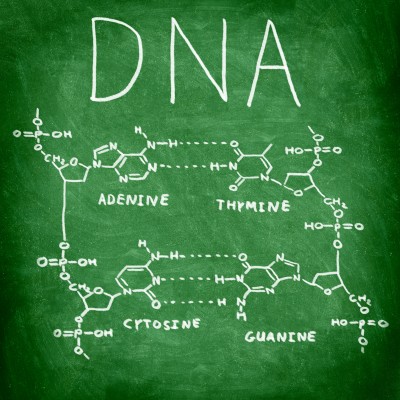 We all have that mystery family member that we can’t quite identify when we are conducting genealogy research. The same is true with a mystery illness that may plague one or more family members. Where did it come from? Was it inherited? Can it be passed on to subsequent generations? If it runs in your family, there is a chance that molecular genetic testing will find it.

In my June 18th post about genealogy DNA testing, “Put Your Money Where Your Mouth Is,” I delved into the world of genealogy genetic testing for those of you who are interested in how your ancestry breaks down into ethnic proportions. Genealogy testing is one of the more recent applications of DNA technology. Though genetic and medical DNA tests are used to yield different results, they share a key element – Family. One area of medical gene testing is interested in inherited diseases. You may have gotten your blue eyes from dad, and a beautiful singing voice from mom, but from whom did you get your celiac disease, your asthma, your sickle cell anemia? If it runs in your family, there is a chance that molecular genetic testing will find it.

We all have that “mystery” family member that we can’t quite identify when we are conducting genealogy research. The same is true with a mystery illness that may plague one or more family members. Where did it come from? Was it inherited? Can it be passed on to subsequent generations? Until recently, if you couldn’t readily produce the medical history of your ancestors going back several generations, or if you were adopted, there was a slim chance of discovering whether your medical malady was just a fluke or an inherited disorder. In some cases, you may have an illness that defies traditional biochemical lab tests, biopsies, or electronic scans such as MRI (magnetic resonance imaging), PET (positron emission tomography), CAT (computerized axial tomography), or ultrasound.

DNA testing is becoming more and more a traditional go-to diagnostic, especially now that many of the tests are faster and cheaper. DNA testing identifies the molecular defects of a human inherited disease, making it easier for a doctor to diagnose such medical disorders. There are different techniques used in genetic testing, including examination of the DNA molecule, as well as the biochemical testing for gene products such as enzymes and proteins. DNA testing can be used to detect a disease before symptoms occur; to confirm a diagnose for a patient with symptoms; to discover the family history of a disease; to estimate the risk of developing certain cancers, as well as Alzheimer’s disease; and finally to discern whether the genetic problem can be passed on to children.

The tests are simple and may include a blood draw, a spit test, or a buccal smear, which is nothing more than scraping the inside of your cheek with a swab to gather DNA material. There are numerous laboratories that run the tests, many of which offer direct-to-consumer (DTC) testing. According to the Centers for Disease Control and Prevention (CDC), there are more than 2,200 diseases that can now be detected through genetic testing. Before you consider taking such a test, however, it is advisable to check out the CDC webpage on genomic testing for summaries and recommendations on the validity and utility of specific genetic tests.

A short list of hereditary diseases that can now be detected include:

One of the hereditary diseases listed that can now be detected is celiac disease, which is a sensitivity or a complete intolerance to foods containing either wheat or gluten. This food sensitivity can cause major intestinal damage, malnutrition, osteoporosis, and impairment of other major organs, as well as joints, muscles, and nerves. Since I underwent DNA testing and was diagnosed with celiac just a few years ago, I will share my own experience to illustrate better the process of genetic testing.

Almost overnight, results of my annual bone mineral density tests began to show rapid bone loss. Though doctors could give me no diagnosis for this negative trend, they were quick to prescribe bone-building medications (oral bisphosphonates such as Fosamax, Actonel, and Boniva). I refused to go that route and instead located a holistic internist who recommended that I have a complete genetic panel done to check for food sensitivities and ultimately the celiac gene.

For someone who had never even heard of “celiac,” I was stunned to receive the results. The molecular analysis turned up two genes known as HLA-DQ2 and HLA-DQ8, which indicate a predisposition to celiac. If a patient does not have the genes, then they cannot have celiac disease. Not only do I have the main gene, but I possess the non-celiac gene, as well. The fact I have two copies of the celiac indicator, means I have a stronger predisposition to gluten sensitivity and celiac disease (celiac sprue). But wait, here’s where it gets exciting! These results indicate that each of my parents possessed at least one copy of a gluten-sensitive gene. That knowledge helps me better understand the medical issues my parents experienced in their later lives. That is a huge finding. The upshot: I adopted a gluten-free diet and have stopped and even reversed my bone loss by several percentage points — without the use of drugs!

In the case of celiac, you can have one or two copies of the gene and never show any symptoms. You may never show a symptom until one day you wake up and ask “what the heck is happening to me?” Celiac has been shown to kick into gear out of the clear blue due to environmental factors, an illness, or stress. In other cases, you may be suffering the affects of a silent celiac that is causing intense internal damage without your realizing it.

Diagnosing celiac via DNA testing, particularly searching for the HLA-DQ2 and HLA-DQ8 genes, is fairly new. In the past, doctors have relied on the “gold standard” of testing – intestinal biopsy, which is invasive, as well as expensive. The problem with this is that intestinal biopsy doesn’t tend to show positive during the early stages of celiac disease. If samples removed from the small intestine fail to reveal major tissue destruction, a “false negative” can occur, and a patient will be told that he/she is free of the disease. In most cases, a patient has to be in a fairly advanced stage of celiac for their small intestine to show damage. Because celiac is devastating to many systems of the body (especially the digestive tract and nervous system), the sooner it can be diagnosed the better.

Another drawback to biopsy is if a patient has been on a gluten-free diet, he/she must start eating foods that contain gluten (known as “gluten challenge”) for about six weeks prior to the biopsy, so that damage can be done to the intestinal villi (finger-line projections that absorb digested nutrients) and therefore show up in the biopsy. In my opinion, that’s tantamount to giving sugar to a diabetic to see if they go into a coma.

Other diagnostic procedures that are helpful during the initial steps of diagnosing celiac disease include blood tests, particularly the tTG (tissue transglutaminase) antibody test. In most patients with active untreated celiac disease (who are eating gluten at the time of the test), tTG is released from the damaged intestine, and antibodies to tTG are found to be elevated in the blood. Studies done by the Journal of Pediatric Gastroenterology and Nutrition found that using both gene and blood testing yields a very high predictive value for celiac disease – as much as 99% accurate.

Medical genetic testing for hereditary diseases is by no means limited to celiac. As I mentioned, molecular genetic testing can now detect more than 2,200 diseases. If you are asked to take a DNA test, or if you order a DTC test kit on your own, it is important for you to know that DNA testing is not the be-all-and-end-all answer to your problems, especially if you are trying to detect whether you have an inherited disease or not. While DNA testing for hereditary diseases is making huge strides with each passing day, genetic testing will only tell you if you have an increased risk for a particular disease, not whether you will actually get the disease. Even if your test yields negative results, it doesn’t mean that you won’t get the disease. DNA testing can detect an increased risk for some cancers, such as breast and ovarian, but since many cancers don’t result from inherited tendencies (i.e., family genes) – rather are formed by mutations that can happen anytime and be due to environmental factors – not all cancers are detectable by genetic testing.

As you research your genealogy — all the while trying to match your characteristics and tendencies, or physical attributes to your forebears – remember that your health is tied to your ancestors, as well. No pedigree, census, or family Bible is going to tell you what inherited diseases you may carry — molecular genetic testing will.

For help with your medical family tree research, or ancestry research, speak to a professional genealogist today.