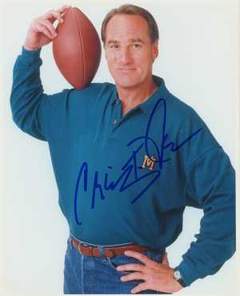 RecordClick’s professional genealogist Joan Shurtliff lets the character (actor) jump out of the TV and into the ancestry charts. She looks at how school records help track the family of actor Craig T. Nelson.

This RecordClick genealogist thought it might be fun to take a back to school genealogical look at the family of Craig T. Nelson, star of television’s sitcom Coach from 1989-1997, more recently, the Parenthood sitcom. He also was the voice of Mr. Incredible in the 2004 film The Incredibles.

From a genealogical perspective, one can see that education played an important role in Craig Theodore Nelson’s life and the lives of his ancestors. This genealogical researcher recommends using school records and documents as a part of every family history search.

Beginning our genealogical search, we see that Nelson, born in 1944, graduated from Lewis and Clark High School in Spokane, Washington in 1962. According to high school yearbooks, he was involved in Toastmaster’s and golf. A group such as Toastmaster’s can definitely help hone speaking skills which clearly have been helpful in his acting career.

His family was fairly typical – with his father, Armand, working as a field manager in the oil fields in the 1940 U.S. Census. The two other household members were his mother, Vera, and sister, Dayle:

Following the family back, a genealogical researcher will find that Armand and Vera moved several times before settling in Spokane. The couple married in Helena, Montana on April 4, 1928. In the 1930 U.S. Census, they were living in Pondera County, Montana between Great Falls and the Canadian border:

Ten years earlier, in the 1920 U.S. Census, Armand is found residing with his parents Julius and Daisy in Spokane:

Genealogical researcher will need to be aware of why a family may to choose to relocate and the places family members may go. The Nelson family demonstrates a common migration pattern for families across the Northern Plains of America. The ancestry researcher will find that many Norwegians and other Scandinavians settled in Wisconsin and Minnesota when they first immigrated to the United States. As time passed, they moved to the Dakotas, Montana and Idaho before finding a home in Washington State where there was industry that featured better paying jobs not found in agricultural areas.

Going back another ten years, in the 1910 U.S. Census, Julius and Daisy are living in Genessee, Idaho near Moscow in Latah County. Julius is working as a bank cashier, a better job than most, indicating that he may have had additional education.

The children, born in about 1901 and 1906 in South Dakota, provide a hint of when the family moved:

The State of South Dakota took several state censuses. In 1905, Julius and Daisy Nelson were living in Deuel County on the Minnesota-South Dakota border. Julius had been a resident of South Dakota for 25 years and Daisy for 7 years. Julius was employed as a land agent. South Dakota became a state in 1887 and many settlers were still seeking their fortune there. Land agents were an important part of the process.

For the genealogical researcher, looking at school records provides part of your family history. When you hire a genealogist from RecordClick, you will learn the role education played in your ancestor’s lives.