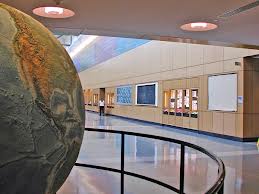 When professional genealogist and Fort Wayne resident Debra Hutsell set out to find a living heir to her ancestor’s estate, she didn’t expect to find two brothers and a nephew. Researching death certificates, passenger lists, censuses, military records, newspapers, immigration and periodical collections, city directories, and more, Debra found the answer to the living heir mystery. What’s really cool about this extensive search and find was that it was all done in ONE location – the Allen County Public Library in Indiana.

Okay you astute genealogists out there in cyberland, tell me this: Where can you find 55,000 published family histories; another 5,000 on microfiche; all existing federal census on microfilm; more than 20 on-site databases; immigration records covering in excess of 160 ports; and military records from every war from the American Revolution to World War I – all of which are available to the genealogy researcher in one place?

In addition to having all of these collections and family history research resources in one place, the ACPL Genealogy Center is full of avid genealogical researchers who have come from far and wide to trace family history. Award-winning Curt B. Witcher serves as the Library’s Senior Manager for Special Collections. A 30-year veteran of the ACPL, Witcher is also the founding president of the Indiana Genealogical Society.

The ACPL is staffed by librarians who are experienced  genealogists and ancestry researchers who can help visiting genealogists find the information they are seeking. Many of the staff write genealogy-related articles, which are posted on the Genealogy Center’s “Our Blog” site.

Recently I embarked on a genealogy research project to trace the family genealogy of an ancestor of mine, Bob, who died intestate – without a will – in order to learn if he had any heirs. So, in addition to dealing with death records, I needed to tap research information that would help me track down living ancestors, as well. The ancestors in question lived in several states, so instead of hitting the road and wasting travel time and gasoline, I went to the one place where I knew I could probably trace most of the family genealogy without leaving the building – the ACPL. I laced up my walking shoes, ditched the GPS, grabbed a map of the genealogy center, and began my search for heirs.

I headed first to the microfilm cabinets to delve into the newspapers for an obituary. The library has a large collection of newspapers on microfilm. I located the obituary for Bob, but it wasn’t much more than a death notice. The information I did glean from the obit was the fact that Bob had died in Allen County, so the next logical place to look was death records. The ACPL Genealogy Center has all of the vital records for the county, as well as indices for all of Indiana’s counties. Unfortunately, the data in the death record was not as informative as I would have liked, so I moved on to the census records.

The Genealogy Center at the ACPL has all of the federal population schedules and many state census records on microfilm rolls. Admittedly, researching the census schedules on Ancestry might be easier, but ACPL, which makes Ancestry’s databases available to genealogy researchers, has an additional 10 on-site genealogical databases covering subjects ranging from geographical sources for New England and the British Isles, to topical subjects, such as military, African American heritage, and periodical sources.

The 1900 Census yielded more information regarding my family search. I discovered Bob had a brother, Carlo, living with him in New York City. Also on the census schedule was a notation that Bob immigrated to the U.S., which redirected my search to the immigration records. The ACPL Genealogy Center has records for 163 ports of entry. I found Bob listed with another brother, Joe, on a passenger list of a ship that left Naples, Italy, and arrived in New York in 1897.

When I checked the federal census, I found Bob married and living in Allen County, Indiana. A quick search of the Allen County marriage records yielded the appropriate document that confirmed Bob’s marriage in Allen County and listed his address at the time. Searching the same federal census, I didn’t find Joe listed; however, a subsequent search of death records confirmed that he had died. It also revealed the name of the informant to be Carlo.

Armed with the additional names, including Bob’s wife’s name, I crossed the gallery to the search the city directories. The ACPL has a vast collection of more than 48,000 city directories. I followed Bob for several years. Suspecting that his wife died in 1978, I returned to the microfilm cabinets to search the large newspaper collection for an obituary.

I found the obituary, but it did not list any surviving children. Carlo was listed at an address in a New Hampshire veterans’ hospital. That piece of information led to my search of military records. In addition to carrying the on-site database of Fold3.com, the Library has military records from the National Archives for every war from the American Revolution to World War I. It also has a growing contributor-donated military database for Indiana service records available to genealogy researchers.

Interested to know more about Carlo, I searched draft records, which revealed that he had a wife and family when he enlisted in the Army. A search of the local newspaper reported that he died and was survived by his wife and a child living in Salem, New Hampshire. Armed with this new information, I did a search of the electronic card catalogue and found that the ACPL had a current city directory for Salem, New Hampshire. The electronic card catalogue can access more than 1 million items in the genealogy center.

Again, I crossed the gallery to retrieve the Salem, New Hampshire, city directory from the moveable stacks. Before I left the gallery, I consulted with the librarians about gathering additional information on the family, and they recommend using PERSI – Periodical Source Index. The librarians in the ACPL genealogy department are actually the very genealogists who created the PERSI index of all of the genealogy periodicals in the genealogy center. The massive index has been digitized and can be accessed from HeritageQuest Online, another helpful on-site database.

After a search of PERSI, I found a possible article in an Ohio journal. After noting the title, volume and page number, I referred to a map of the stacks to locate the Ohio books. There it was. Bob’s brother Carlo had a living son – Dave.

If you recall, initially, I set out to see if my ancestor Bob, who had died intestate, had any relatives. Without leaving the confines of the ACPL Genealogy Center, I searched death certificates, passenger lists, censuses, military records, newspapers, immigration and periodical collections, city directories, and more.  I learned that Bob had two brothers – Carlo and Joe – and that Carlo had a living son, Dave, in Salem, New Hampshire. After a few clicks to a couple of online phone directories, I found a current phone number for Dave. I dialed the number, and few moments later the phone was ringing. Though Dave was initially elated to receive any news of his Uncle Bob, the excitement gave way to dismay upon learning of his uncle’s death. Carlo had told his son that after he left New York, he (Carlo) never saw his brother Bob again.

Though the ACPL Genealogy Center offers an abundance of resources to genealogy researchers, it doesn’t guarantee results. Even the best genealogy researcher can hit the proverbial brick wall in an ancestor search. If this happens, contact RecordClick, a professional genealogy service. The professional genealogists at RecordClick know how to break through your brick wall and find the information you need to trace family history.

Debra K. Hutsell is Indiana born and raised. Hailing from Fort Wayne, Debra boasts more than 40 years experience in genealogy research – 20 of those years as a professional genealogist. In addition to working with clients to trace family history, she has also worked with a number of attorneys and trust departments on heir research and probate cases, and has appeared in court as an expert witness to such genealogical research. Her articles have appeared in Everton’s Genealogical Helper and the Fort Wayne News-Sentinel. Debra remembers when the Allen County Public Library (ACPL) in Fort Wayne had only a half a dozen microfilm readers and closed stacks. Today ACPL is a massive world-class genealogical ancestry center, considered to be second in genealogy research only to the Family History Library in Salt Lake City.