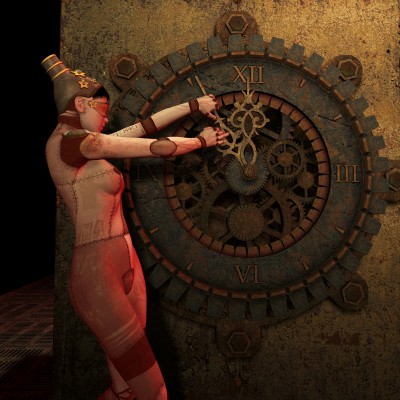 “If you don’t know history, then you don’t know anything. You are a leaf that doesn’t know it is part of a tree.” (from Timeline, by Michael Crichton)

Board credentialed and professional genealogist Joan Shurtliff delivers another compelling article – this time about the importance of timelines in getting a handle on the chronology of your family history. Complete with research citations, Joan’s article on timelines finds the answers to a number of questions we all want to know about our own families.

Author William Gibson once said, “Time moves in one direction, memory in another.” While the discussion of “time” lends itself to a myriad of deep-meaning quotes, I can’t help but think Gibson had an insight into genealogy and the importance of timelines to genealogical researchers.

When I first started exploring the internet – low those many years ago now – I had a “getting-lost” problem. I’d start with one goal in mind, see something else I was interested in and go after that, and then wind up lost in the World Wide Web. I definitely needed something to keep me on track. I’ve found timelines can do that and so much more.

Three things a timeline can do for the family historian:

First, we’ll look at a timeline as an outline. Typically, when the genealogist wants to write an article or trace family history, the best place to start is with a list of names and dates in chronological order. I’ll use my grandparents, Ray and Nellie, as an example:

When I was growing up there was a family story about Nellie and Ray having a baby boy that died. I asked my dad, Carl, about it and he had no memories of another brother. Ray farmed, but didn’t own any property, and the family didn’t have a lot of money. Ray and Nellie moved around a fair amount before settling down in Lancaster Co., Nebraska.

Second, many genealogical researchers want to add dimension to their family’s history, but find it difficult. A more detailed timeline focusing on the various family members and their activities can do this. Ray and Nellie provide another example:

Third, a family historian might help to put a family’s activities into an historical context. Again, as genealogical researchers, we can look at Ray and Nellie. Why did they decide to move from the Pawnee County farm to the Lincoln, Lancaster County, Nebraska area?

Historically, the 1920s saw a major population shift from the rural to the city. Roads and transportation were improving, and the agricultural industry was becoming more mechanized. The United States was becoming an industrialized nation. Ray and Nellie were by no means unique in their decision. Farming was becoming an expensive livelihood, with land and equipment to be purchased or rented and maintained, not to mention the long hours of work with no guarantee of a crop that could be sold. Lincoln, about 50 miles away in Lancaster County, was booming and there were job opportunities. Ray and Nellie decided that Lincoln was where their future lay, and Ray’s inheritance helped make the move possible.

The professional genealogists here at RecordClick can help you gather, organize, and make sense of your family history information. Whether it is a specific piece of family tree information, a timeline, or a complete family history, our goal is to assist you in your ancestor search endeavors.