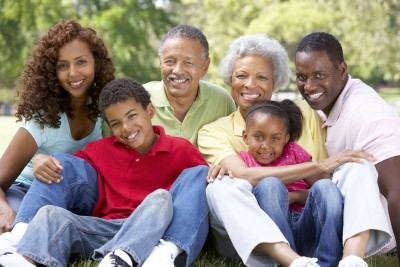 For the last several months, I have been working on the genealogy for a friend of mine. Tracing people whose families were separated by slavery, tracking individuals by first names only, trying to identify slave owners, and a dealing with a scarcity of records made this particular genealogy a daunting task. Because this experience has been rich and emotionally challenging for both of us, I want to share our journey — I hope it will help others as they trace their African American roots.

I was inspired to write this blog because I have been working for several months on an African American genealogy for a friend of mine – Bryan. It has been a unique experience and full of challenges.

Tracing people whose families were separated by slavery, tracking individuals by first names only, trying to identify slave owners, and dealing with a scarcity of records made this particular genealogy a daunting task. I want to share our journey, which has been a rich experience, but at times emotionally challenging for both of us, hoping it may help others trace their African American roots.

Bryan started his genealogy research by gathering information from his parents, grandparents, and extended family members, and built a tree on Ancestry.com; however, upon reaching a barrier, he asked me to help and made me an editor to his tree. Working collaboratively, we found information to build the family tree, which Bryan took to his family to see if it made sense to them. Sometimes we would have to rework a connection, but by and large everything seemed to fit with what the family knew about their heritage.

My friend has ancestors by the name of “Langley” in his tree, and he thought they were Cajuns, so I wondered if we might be cousins to some degree, due to my Acadian ancestry. However, we discovered by using census records that his Langleys were British Langleys, not Acadian/Cajun Langleys. Having spent so much time on this project, I felt as though I had a connection to Bryan’s family, so I was disappointed that we were not cousins after all.

We tracked Bryan’s great-great-grandfather’s (James) family line back to 1713. James was a white slave owner, who was for a time recognized as the richest man and largest land owner in Georgia. However, researching James’s son Stonewall, described as a person of “color,” we only found the 1900 census and a few city directories. The identity of Stonewall’s mother remains unknown.

At that point, I sent e-mails to local historians and genealogists in Paulding County, Georgia. This turned out to be one of the best steps we took. With the help of one very dedicated Paulding County historian, Jason Edwards, we were able to identify where James was in 1860. Jason also located other information that greatly assisted in developing Bryan’s family history. We are hoping this fresh information will lead to more clues, such as what slaves James owned around the time Stonewall was born.

Here are some suggestions to help you when you are working on African America genealogy:

1. Work collaboratively with others.

2. Gather up information from all family sources.

3. Use the Internet to your advantage in looking for information. Traditional sites like Family Search and Ancestry.com have information, but so do historical and genealogical sites for the state, county, and town where your ancestor resided. Search out your surnames; you can find websites that focus on a particular surname. Look for sites and blogs that specialize in African American genealogy – some are mentioned below.

4. Run your information by family members, and see if it makes sense to them.

5. After you have taken your family line back to about 1866, you need to identify if your ancestors were enslaved or free at the time of Emancipation. Check the 1850 and 1860 censuses, and see if they are there; if not, they were probably enslaved. If so, try to identify the slave owners and find out as much as you can about their families. Slaves and their descendants may have stayed with one slave-owning family over several generations. Typically, when a slave owner died, slaves were willed to various family members or sold. Likewise, since slavery was a business, records may exist as to who sold their slaves to whom. Therefore, records related to wills, inventories, guardianship, bills of sale, land records, and slave schedules may lead to a deeper understanding as to where your family came from and what their lives were like. Don’t ignore the family members of slave owners — they may have inherited slaves, or as an adult, may have left home and taken some slaves with them from their own family home.

6. To break through walls, you may need to visit the towns and counties in which your ancestors lived, and search for information at libraries, archives, court houses, city halls, and local historical and genealogical societies. I was lucky to be able to work with Jason, but many county historians will not have the time to dedicate to your family like Jason has been able to do with Bryan’s family. I have found that librarians, historical and genealogical societies, and people searching the same family lines have all been very willing to help out as much as possible.

7. DNA testing may identify where in Africa a family line may have originated and may also be useful in identifying if ancestors were also white, Amerindian, or of other racial/ethnic backgrounds. If descendants of a particular ancestor have been tested, you may find some cousins as well, close or distant, who may be able to share some information with you about the family. I can’t help but think of how fantastic it was when actor Blair Underwood met his distant cousin in Africa on NBC’s now-cancelled reality program Who do You Think You Are?!

If after using these resources you still need some help, please consider contacting Record Click so we can link you with a professional genealogist that is a specialist in African American genealogy and DNA testing.