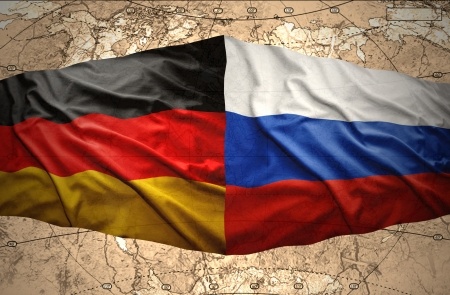 “Our past is in the archives and records from villages in Russia, Ukraine and the Black Sea.”

~ Motto of the American Historical Society of Germans from Russia

Immigrants traveled, looked for new vistas, and searched for a new home. Genealogists also travel, look for new vistas, while they search for ancestors. The one big difference: Family history researchers look to the past for the answers, while our immigrant ancestors looked to the future. Genealogy researchers look to trace family history, so it is important to find repositories of information to help in the ancestor search.

“Our past is in the archives
and records from villages in
Russia, Ukraine and the Black Sea.”
~ Motto of the American Historical Society of Germans from Russia

We’re all traveling. Some of us are looking for new vistas, while others are searching for a new home. Sometimes the change is on a whim. For many of our ancestors, the move may have been a matter of life and death. Case in point: the Germans from Russia. About 100,000 Volga Germans immigrated to the United States by 1900, settling for the most part in the Dakotas, Kansas, and Nebraska.

Genealogists are also traveling, looking for new vistas, and searching for ancestors – only we look to the past for the answers, while our immigrant ancestors looked to the future.  Genealogy researchers look to trace family history, so it is important to find repositories of information to help them in their ancestor search. Family history genealogists and professional genealogists have a wellspring of research resources on Germans from Russia through the American Historical Society of Germans from Russia (AHSGR).

The AHSGR is located in Lincoln, Nebraska. The Society is headquartered in a modest building designed to remind visitors of a home in the old country.The museum covers more than two centuries of history of Germans from Russia through displays that include some out-buildings, including a church, store, and a summer kitchen.

Although the building is not large or fancy, it contains many historical and genealogical treasures ready and waiting to be viewed and shared with family historians. The museum contains baskets that held the immigrants worldly goods: clothing, furniture, musical instruments, and pictures. The pictures include family portraits and a good number of confirmation class photographs.

The Germans from Russia come from a variety of religious backgrounds including Lutheran, Catholic, and Mennonite. Being pacifists, the Mennonites did not believe (and still don’t) in military service.

The story of the Germans from Russia began in the mid-1700s with the birth of Sophia Augusta Frederica of Germany, who went on to become Catherine II (Catherine the Great) of Russia. A short time line:

In 1968, a group of descendants of Germans from Russia saw a need to preserve their precious heritage, and the American Historical Society of Germans from Russia was formed. In addition to the museum, the group continues to seek out and preserve community, religious, and family records. It currently has a genealogy data base with more than 460,000 entries. Resources include:

The genealogist and family historian can access the user-friendly AHSGR website. It contains organizational, historical, and genealogical information. The society has genealogical researchers who are knowledgeable about available resources, and can translate German and Russian documents, as well.

If you need additional genealogical research assistance or help in organizing your family history, you may consider seeking professional genealogical services. If you decide to hire a genealogist, contact RecordClick. We have expert genealogists located throughout the United States and overseas who can find genealogy research gems and help you find the answers you are seeking. We are just a mouse click away, and the best part is that the initial consultation is free.