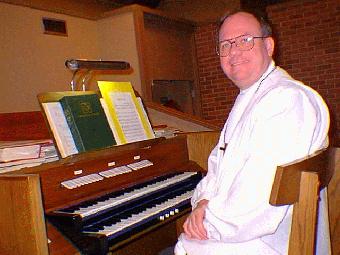 When it comes to acclaimed Southern genealogist Brent Holcomb, the South Carolina state motto comes to mind – Animis Opibusque Parati – “Prepared in Mind and Resources” is definitely a motto by which Mr. Holcomb lives, as he has dedicated his life to writing and compiling more than 120 genealogy research publications and source books. Because many of South Carolina’s records were burned during the Civil War, Mr. Holcomb perseveres to assemble alternative documents to assist genealogical researchers in that region. His South Carolina Magazine of Ancestral Research (SCMAR) is a quarterly publication devoted entirely to the genealogies of his beloved Palmetto State. Record Click is thrilled to have had the opportunity to interview Brent Holcomb, and we are equally excited to share his thoughtful and informative replies about tracing ancestry with our readers.

The name “Brent Holcomb” is practically synonymous with South Carolina genealogy – his passion, no doubt, stemming from the fact he was born in Clinton, South Carolina. With both parents deceased, and a brother in North Carolina, Brent Holcomb calls Columbia, South Carolina, his “home.” In addition to his involvement in genealogy research and related publications, Mr. Holcomb has been the organist-choirmaster at Our Saviour Lutheran Church for the past 37 years. He was an organ major in college, and graduated with a degree in musicology from the University of North Carolina. He also plays duplicate bridge, and is a silver life master.

“No story is a straight line. The geometry of a human life is too imperfect and complex, too distorted by the laughter of time and the bewildering intricacies of fate to admit the straight line into its system of laws.” ~ Pat Conroy, Beach Music

RC: When did you first get involved in the field of genealogy?

BH: I became interested in genealogy when I was about eight or nine years old. My father had some interest and he had a large family Bible with a family tree, which he had begun to fill out. He showed it to me, and I took up the project. It was fascinating to me to learn about ancestors and relatives. My grandfather’s sister was also interested and had compiled some information from relatives, cemeteries, etc. I was always a history buff, and I am largely self-taught. However, I learned from other genealogists, especially the late Jo White Linn of Salisbury, North Carolina, when I was a graduate student at the University of North Carolina, Chapel Hill.

RC: You have written and compiled an extraordinary number of lists and publications mostly for South Carolina-related genealogy. How do you choose your projects?

BH: I have tried to select projects which would be most helpful to other genealogy researchers, but at times I have concentrated on the areas where my own ancestors lived.

RC: Once you compile information for a project, and the publication is printed, is the information digitized by any South Carolina libraries or historical societies?

BH: Some of my information is available on Ancestry, including the first 20 volumes of my quarterly The South Carolina Magazine of Ancestral Research, as well as some of my books. However, I do not make it a goal to digitize my publications. I prefer the printed page.

RC: How can our readers obtain your publications?

BH: My publications can be ordered from me: Brent H. Holcomb, PO Box 21766, Columbia, SC 29221. There is an order form on my webpage; however, it must be printed out and mailed in. I do not accept credit cards, etc. You can also find my publications through Southern Historical Press and Heritage Books.

RC: In what ways do you think digitization of records is changing the field of genealogy and the genealogist’s role?

BH: The digitization of records has made more information accessible quickly to genealogy researchers, but it has taken away some of the challenge of searching actual records in the original. Also, I think that [digitizing] might “lose” some records when a record is incorrectly listed or indexed. I have found records unexpectedly by searching for something else. Exploring the records, I think, teaches what might be found in other sources.

RC: What are your thoughts on DNA testing for ancestry? Do you think it will substantially change genealogy and the role of genealogists in the future? If so, why?

BH: I am not well versed in DNA testing, though I have participated in several groups. It has provided some important links, especially with illegitimate lines. However, one will always need actual records to prove a lineage.

RC: What do you think precipitated the recent interest in family history? Is it because more records are available on the Internet, or something else?

BH: I think that the interest has always been there. Many people did not realize that other people were as interested in family history as they were. Often, one family member kept hand-written records, though undocumented, on their families. Many people who were interested would consult that relative and then proceed on their own.

RC: Do you think it is necessary to be a certified genealogist to be taken seriously in the industry?

BH: No, I don’t think that certification is necessary to be taken seriously. Publications, books and articles, can show a person’s expertise and ability.

RC: What was your favorite genealogy project?

BH: I don’t know that any project was my favorite. I was pleased to complete the four volumes of “Marriage and Death Notices from the Southern Presbyterian (1847-1908),” because these newspapers had not been available, and there is so much information buried in these notices. Still, some of the newspapers were not on film, and I had help with people who copied from libraries such as Duke University, New York Public Library, and other places.

RC: Reading through your list of publications, it gives me so many ideas of information to tap, including marriages, deaths, naturalizations, wills, land grants, passenger arrivals, obits, and church records. Do you have other sources to suggest to our readers?

BH: Yes, the records of the court of equity provide many answers. These records have been published for some counties, but most of them have not been published. The Court of Common Pleas records also contain many gems.

RC: For readers who are doing research on South Carolina ancestors, do you have any helpful information for them to help make their family history search more productive and efficient? What are some of the genealogy research pitfalls that our readers need to avoid?

BH: Some aspects of genealogy research are the same in nearly every state. South Carolina does not have regular vital records prior to the 20th Century. Deed indices vary from one county to another. Some county deed indices include ONLY land transactions. Therefore, there may be conveyances of personal property not indexed. Censuses are helpful, but prior to 1880, one cannot assume the relationships of husband, wife, and children. Sometimes a widow remarried and her children were listed under the surname of the present husband. Don’t forget to use the other census schedules, especially mortality, agricultural, etc.

RC: Have you ever hit a genealogy brick wall? How did you break through it?

BH: Yes, I think that everyone has some brick walls. (I still have some.) Some of them will never have answers. However, persistence in the records of the area may provide answers. Telling other researchers who are interested in the same area is always good. They may run across your answer in their searches. One such find by a friend/distant cousin solved a mystery that I had worked on for nearly 40 years. It was a common pleas case pertaining to a family to which I did not know I had any connection.

RC: Do you have a pipe dream project?

RC: What most would you like to be known for as a Southern genealogist?

I would most like to be known for my publications. I think.

Record Click appreciates Brent Holcomb’s dedication and contribution to genealogical research. His publications will no doubt continue to help family genealogy researchers to add limbs and leaves to their Southern Genealogy Trees. If you should hit a knothole that keeps you from moving upward in your ancestor search, contact Record Click for comprehensive genealogy ancestry services.