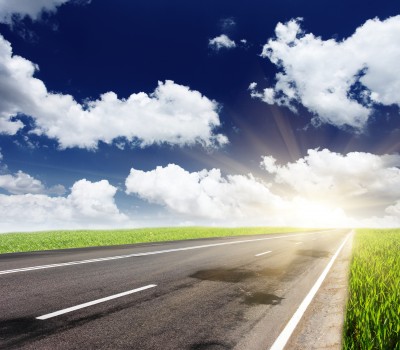 Whether you know it as the “Hoosier State” or the “Land of the Indians,” Indiana is a notable state for genealogy research. The home to a plethora of brick and mortar libraries and archives, Indiana is guaranteed to entice family genealogists who want to trace family history. Debra Hutsell, an Indiana born-and-raised professional genealogist, is going to take you on a genealogy researcher road trip of a lifetime. So, buckle up, you’re heading to some of Indiana’s great family history researcher hotspots.

When you think of Indiana, a picture of flat, boring cornfields may come to mind. The last Ice Age may have left the Indiana landscape flat, but humans have enhanced it with a good sprinkling of history and genealogy along with plenty of brick and mortar libraries and archives to entice any family genealogy researcher. So jump in the car and buckle your seat belts, I’m taking you on a road trip to the genealogical hotspots in Indiana. Trust me, you’re going to discover a lot more than just cornfields.

I have tooled around the state for some 40 odd years in search of great genealogical hotspots, but the first stop on our genealogist road trip is my hometown of Fort Wayne in the northeast corner of the state. I grew up with the Allen County Public Library and watched the genealogy center grow from a half of a dozen microfilm readers to the massive world-class genealogical ancestry center that it is today. The Allen County Public Library (ACPL) is considered to be second in genealogy research only to the Family History Library in Salt Lake City. The genealogy center at ACPL has resources for every county in Indiana, as well as materials for most of the other states.

To summarize ACPL briefly, there are 11 databases which lead to numerous resources and 10 on-site databases to help trace family history. There are more than 55,000 family histories in books and 5,000 on microfiche. The Census collection includes all surviving federal population schedules, many state censuses and mortality schedules on rolls of microfilm. In movable stacks, ACPL has in excess of 48,000 city directories. On microfilm and microfiche there are passenger lists for 163 ports, as well as military records from the National Archives for every war from the American Revolution to the Philippine Insurrection – all available to genealogists.

The ACPL has the largest genealogy and local history collection of periodicals, which can be accessed through the PERSI Index ~ Periodical Source Index. The massive index was created by the staff at the ACPL. The Library also has resources to trace African-American family lines and Native American research. Finally, there are also available resources and guidebooks to trace family history in other countries, including, but not limited to the British Isles, Canada, and Germany.

Okay genealogists, grab your notebooks and i-Pads, we’re hopping onto US Highway 27 and heading south to Richmond, located in the central part of Indiana at the crossroads of Highways 27 and 40 in Wayne County. We stopping at Earlham College, where the staff has created a large database of digitized Quaker research.

Just a little historical tidbit about the roads on which we’re traveling: Highway 40 is very close to the National Road, the first interstate highway financed by the federal government in the early 1800s. It started in Baltimore, Maryland, and ended at St. Louis, Missouri. In Indiana it ran across the state connecting Richmond, Indianapolis, and Terre Haute.

Leaving Richmond, we’ll take Highway 40 to Indianapolis. The state capital is well known for the Indy 500 Motor Speedway and race every Memorial Day, but there’s a lot more to Indianapolis than just race cars. There are several interesting hotspots in Indy, but the two hotspots for genealogical research are the state library and the state archives. The Indiana State Library has many links, but the link I found to be most useful for ancestor search is for newspapers. The State Library has almost all of the newspapers for Indiana counties. The Ask A Librarian link is a good way to request an obituary for a nominal fee. The archive is an inventory of all of the digital collections in the library and the archives, including links to the counties, universities, and other unique collections.

Back on the road, we’ll head south to Evansville in the south central part of the state, located on the Ohio River in Vanderburgh County. The Evansville Vanderburgh County Library (EVPL) houses its genealogy materials in their Indiana Room. From the website, you can access the Browning Collection, which is important to genealogists because it is a compilation of the obituary records (found in newspapers) of Vanderburgh County and surrounding southwestern Indiana. Additionally, it includes Veteran and Immigration records for surrounding counties. Also in Evansville is the Willard Library, which houses family histories; county newspapers; church records; and church, cemetery, and funeral home records. It’s a great place for genealogists searching for genealogy and local history.

Turning north on Highway 41, we have 53 miles ahead of us before we hit our next best genealogy hotspot – Vincennes in Knox County, the oldest town in the state. It is nestled on the banks of the Wabash River. It is the official/unofficial first capital of Indiana pre-dating statehood in 1819. Vincennes is also the home of the University of Vincennes, and the hometown of comedian Red Skelton. The genealogy records of the Knox County Public Library can be found in the McGrady-Brockman house, a former funeral home. It has a searchable index to the early probate records and the obituaries of Knox County online.

Our next destination is Valparaiso, in the northwest corner of the state on Lake Michigan, in the heart of Porter County. We’re going to be on a number of different roads, so I just suggest you Mapquest this one to get an idea of where we are going. Valparaiso more than 200 miles due north of Vincennes, close to Chicago. The genealogy department of the Porter County Public Library is especially good for many useful searchable links, including milk producers.

Heading east on Highway 30, we’ll wend our way back to Fort Wayne. To paraphrase Dorothy in The Wizard of Oz, the best genealogy resource is in my own backyard.

Links to the Libraries and Archives listed in this article:

Debra K. Hutsell is Indiana born and raised. Hailing from Fort Wayne, Debra boasts more than 40 years experience in genealogy research – 20 of those years as a professional genealogist. In addition to working with clients to trace family history, she has also worked with a number of attorneys and trust departments on heir research and probate cases, and has appeared in court as an expert witness to such genealogical research. Debra remembers when the Allen County Public Library (ACPL) in Fort Wayne had only a half a dozen microfilm readers and closed stacks. Today ACPL is a massive world-class genealogical ancestry center, considered to be second in genealogy research only to the Family History Library in Salt Lake City.