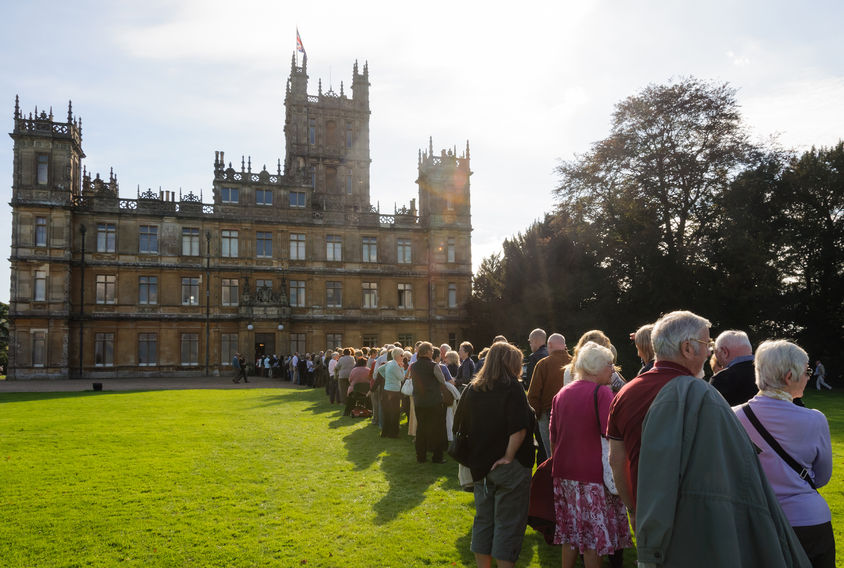 Downtown Abbey is a terrific example of a TV show mirroring history. The relationships in the show
also are something to be noticed. Our RecordClick genealogist Joan Shurtliff finds that these are the things
that are fun for the family history researcher.

The popular PBS program Downton Abbey is now in its sixth and final season. Although the show is fictional, Downton brings together relationships, history and genealogy quite nicely.

The show is set on the fictional country estate of Downton Abbey in Yorkshire, England. In season one, the story began after the sinking of the Titanic in 1912. Two male heirs of the manor perished in that tragedy. In the show, a male heir needed to be found because, at that time, females could not inherit property. The character Matthew Crawley was introduced and eventually married his distant cousin Lady Mary Crawley. At least for a while, the future of Downton Abbey was secure.

Following history, the characters on this show have dealt with World War I, the 1918 flu pandemic, the attitude changes of the 1920s and the financial burdens of owning and maintaining a country estate.

Great Britain still has a good many country estates often with histories going back 600 years or more. The land and homes frequently have a tie to a monarch or member of a royal family. And there is a story. While these estates were once a symbol of affluence and had an abundance of staff and servants, times have changed. Costs have increased. Large homes need a good deal of attention. Mirroring their real-life counterparts, the family of the Earl and Countess of Grantham and their descendants in the Crawley family must deal with such changes at Downton Abbey.

Then, there are the relationships. Many a genealogist can tell tales of brothers marrying sisters or a widower finding happiness with the spinster sister of his deceased wife. At Downton Abbey, distant cousins Matthew and Mary Crawley became husband and wife. The aristocracy of Great Britain is no different – just on a grander scale. Most people are aware of Henry the Eighth (1491-1547) and his wives. While not as ostentatious as Henry, Charles II (1630-1685) had no children by his wife, but at least seven illegitimate children by five mistresses. Charles’ descendants include the current Princes William and Harry through their mother Lady (Princess) Diana Spencer.

The British well-to-do are full of stories about marriages of convenience. Sometimes, it was an attempt to produce an heir. Or it may have been to add wealth to the coffers. It may have been to gain power or status. At Downton Abbey, the Crawley family depicts this society and provides a insight into the lives of the wealthy.

For both the historical and relationship aspects of the show, the costuming and settings of the series are excellent. They depict how status was vital. They also show the relationships between servants and masters.

When the genealogist is able to into the aristocracy of Great Britain, or any of a number of other countries for that matter, the search can become a lot of fun. Care must be taken, however, because sometimes what we family history researchers would like to find and the way things actually were can differ. Sometimes, one individual is in a location, yet the official dates on vital records may vary even though we know this is the correct individual. Then, there are other times when a genealogist may find two individuals with the same name and similar dates living in a specific locale. We ancestry researchers are usually the ones who help clear up the confusion—which can happen very easily.

Series like Downton Abbey demonstrate just how complicated history and relationships can be.

When you hire a genealogist from RecordClick, we will help with determine who is related to whom in your family history. Do you think there is a link to the British aristocracy? Let our RecordClick professional genealogist who knows where to look and for what documentation to search begin to help you.