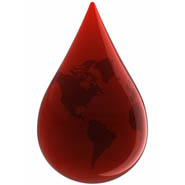 There are several different ways to acquire dual citizenship, one of which is descent from a parent or grandparent. In my article titled Jus Sanguinis or Jus Soli – Are You a Candidate for Dual Citizenship?, I delved into the principle of citizenship by descent, also known as jus sanguinis (law of blood), focusing on Italy and Ireland. For the purposes of this article, I will be focusing on those EU countries, other than Ireland and Italy, which allow dual citizenship based on descent – in particular, those countries with the least amount of requirements.

The U.S. and Canada, and to a certain extent, France, still adhere to the principle of jus soli (territorial birthright); whereas, the 27 countries of the European Union (EU) are united in their policy of birthright by blood. Since 2004 when Ireland amended its constitution, the EU presents a solid front for its policy of birthright by descent, and no longer allows citizenship based unconditionally on territorial birthright. However, while the countries agree on this particular principle, they each separately recognize a myriad of different citizenship provisions.

The following EU countries allow dual citizenship based on descent, with the least amount of requirements.

Belgium is a fairly new addition to this list. Since 2008 Belgium has allowed dual citizenship based on descent. In the summer of 2012, the country proposed a new Belgian Nationality Law stipulating that applicants should be living in Belgium as long-term residents and be linguistically, socially, and economically integrated before they apply. If you become a citizen of Belgium, you do not have to renounce your other citizenship. The new Belgian Nationality Law, if passed in Fall 2012, will go into effect in early 2013.

France has recognized dual citizenship since 1973. A child, whether born abroad or in country, is considered French if he/she has at least one parent who was also born in France. While the country is the one hold-out in the EU that still recognizes jus soli to a certain extent, France no longer confers French nationality purely based purely on territorial birthright.

For the most part, Europe adhered to the principle of jus soli until the 19th Century. Playing a ping-pong match between the two citizenship principles, France recognized territorial birthright until the French Revolution, which caused revolutionaries to view the law of soil as a legacy of feudalism, linking people to land, which was held by a land lord. In 1803 it created the French civil code based on jus sanguinis. While France leaned more toward citizenship by descent in the 19th Century, Britain stayed fixed to the principle of jus soli, passing it along to its colonies in North America.

It wasn’t until the latter part of the 19th Century that France reinstated jus soli. The change came as a result of rash of European immigration to France during the late 1800s.

You are eligible for Greek dual citizenship if you have at least one biological parent or grandparent of Greek origin or descent, see Greek Citizenship by Greek Origin, Descent or Ancestry.

Like the rest of the EU, Portugal does not automatically confer citizenship based on jus soli. If at least one parent of a child born abroad is Portuguese-born, the child is automatically a Portuguese citizen. In 2006 the country made changes to its nationality law to allow the grandchildren, even if born on foreign soil, to obtain naturalization if they have Portugal-born grandparents.

Jus Soli was the principle upon which British citizenship was based until the British Nationality Act of 1984. After a 375-year tradition of territorial birthright citizenship, the 1984 Act added a parentage component as one of its provisions. A child is recognized as a citizen of the UK even if he/she is born overseas, as long as at least one of the parents is a British citizen.

According to the UK’s Foreign & Commonwealth Office, “Under present legislation the United Kingdom recognizes dual nationality, and, if you acquire another citizenship, this does not affect your right to hold a British passport and live in the United Kingdom. The UK government has no objection to dual or multiple citizenship or to a person holding passports from more than one country.”

“I hereby declare, on oath, that I absolutely and entirely renounce and abjure all allegiance and fidelity to any foreign prince, potentate, state or sovereignty, of whom or which I have heretofore been a subject or citizen.” ~ Oath of Allegiance to the United States

According to the U.S. Citizenship and Immigration Services, “The United States does not formally or officially recognize dual citizenship.” However, nothing can stop a U.S. citizen from applying for dual citizenship, as long as they do not have to renounce their allegiance to the U.S., or take an oath of allegiance to the non-U.S. country. There are also many additional provisions that you must know before you consider applying for dual citizenship. Check with the embassy or consulate of the country for applications and policies.