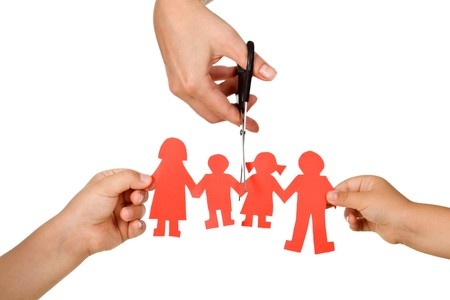 George Clooney’s marriages, well actually his ancestors’ marriages, provide good examples for Recordclick genealogist Joan Shurtliff. She
shows how information such as the religious life of one’s relatives can help us find more about curious or missing details.

Any family history researcher knows that this is the time of year when the bloom of love often turns into the flower of marriage. Ah, romance! This RecordClick genealogist enjoys working with marriage records and wedding write-ups in newspapers. Usually the marriage works out but, on the other hand, sometimes it doesn’t. The “sometimes it doesn’t” can add challenges for the family history researcher who is doing an ancestor search.

Once more, this family history researcher is going to borrow actor George Clooney’s family. In my genealogical search, I have found that his grandparents, Andrew J. Clooney and Marie Frances Guilfoyle, married in about 1927. The ancestor search records show that their marriage didn’t last and each of them found a new partner. My genealogical research shows that some online Clooney family trees allude to a divorce in about 1940–but with no actual record. 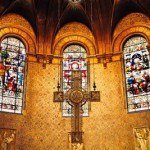 Often, the family history researcher will focus on locating members of the family trees. And that is as it should be. However, on occasion, other things–such as religion–affected those family members. Religious rites and rituals influenced who they were and how they conducted their lives. And it helps to include this in family tree searches.

In our genealogical search in Kentucky–Maysville, Kentucky in particular—the family history researcher will find over a dozen cemeteries, according to FindAGrave.  Some of these burial grounds are family, township or church cemeteries. The family history researcher will find that there is usually a clear relationship to family, place or religion at a cemetery. Here, in this genealogical search in Kentucky, this family history researcher has found that all but two of the cemeteries (Maysville and Saint Patrick’s) have less than 100 graves. Maysville Cemetery is the final resting place for over 6,500 souls and in Saint Patrick’s, consecrated ground for Catholics, over 1,100 have found their final peace.

And what has this family history researcher found?  There is one Clooney buried in Maysville Cemetery. Most Clooneys and Guilfoyles – including Marie Frances Guilfoyle Clooney – followed their Catholic faith to Saint Patrick’s.

Typically, to be buried in a Catholic Cemetery an individual needs to be in good standing with the Catholic Church and its tenets. One of the things the Catholic Church does not believe in is divorce –with no exceptions. According to the Catholic priest and author Joseph M. Champlin (1930-2008), marriages are for life and if the marriage doesn’t work, something was missing from its beginning. If reason can be found for a marriage to be irretrievably broken, couples may seek an annulment – a procedure that usually takes 12 to 18 months and involves fees. The final decision on an annulment is handed down by a Catholic Church tribunal.

The family history researcher will probably recall that one of the best examples of annulment and its ramifications comes from Henry VIII of England. Born and raised a Catholic, Henry VIII started having lineage problems with his first wife, Catherine of Aragon, and wanted to divorce Catherine and marry Anne Boleyn. He petitioned Pope Clement VII to have the marriage annulled but issues came up in the process of dissolution. Henry thought he had scriptural reasons for the annulment, including the fact that his wife was the widow of his brother and the couple had not had sons. Genealogical researchers will find that Pope Clement disagreed. In the end, through a roundabout fashion, the marriage was annulled by the Archbishop of Canterbury leading to the protestant Church of England gaining prominence in the country. The process took over five years and this family history researcher finds that it hasn’t changed a lot in the last 500.

So, let’s get back to our genealogical research in Maysville, Kentucky. There is a possibility that the marriage of Andrew J. and Marie Frances, both of whom were Catholic, was annulled. If that is the case, there would be no civil record.

A family history researcher would then look at church records. They might be more helpful to the family history researcher in finding out what happened and when. Looking at Andrew, a 1950 Hamilton County, Ohio, marriage abstract states he was married twice previously. A genealogical researcher will conclude that this is not a positive sign of good standing with the Church. Marie Frances, however, was able to remain in good graces with the Catholic Church and be buried in St. Patrick’s Cemetery. 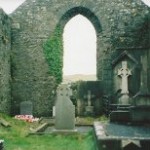 Genealogists may find lots about ancestor marriages in church cemeteries.

So, this family history researcher has been able to link marriage, death, religion and cemetery information all in one!

Also to be considered by the family history researcher when dealing with a Catholic couple is what some call the “Catholic Divorce.” This is when a couple who no longer wants to be married, for whatever reason, separates and continues to live as single individuals. This could be considered in cases where there may have been a lack of funds to pay for an annulment. This may also be a possible angle for the family history researcher in cases when there is no documentary evidence that a civil or religious action was taken.

Genealogists know that different religions have varied practices which affect vital records. The expert genealogists at RecordClick find answers, interpret information and organize your family history. We seek out records in usual and not-so-usual places and we make all types of genealogical search records useful and easy to understand for you.