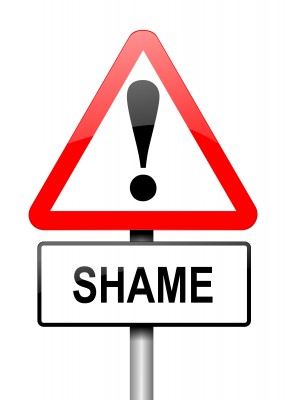 In 1924 the state of Virginia passed its Racial Integrity Act (RIA), which categorized Virginians as either white or colored, and deemed marriages between whites and non-whites a crime. The RIA remained in effect until 1967 when it was finally overturned by the U.S. Supreme Court in the case of Loving v. Virginia. For genealogists trying to gather information in Virginia during this period, especially information regarding ethnicity, it can be a difficult journey.

We know better than to judge the past by today’s standards, but sometimes it is difficult to understand certain actions of people and government, especially when it has occurred in the last century of American history. In 1924, the state of Virginia passed its Racial Integrity Act (RIA), which categorized Virginians as either white or colored, and deemed marriages between whites and non-whites a crime. The RIA remained in effect until 1967 when it was finally overturned by the U.S. Supreme Court in the case of Loving v. Virginia.

It’s fair to ask, “How did this happen?” Research can explain “what” happened, but the “how” of this travesty may never be fully understood. Delving into the subject, I found that Virginia’s Bureau of Vital Statistics, which was created in 1912 by the Virginia General Assembly, fell under the direction of a racist by the name of Dr. Walter Ashby Plecker, who served as the Bureau’s first registrar. A known white supremacist, Plecker, who held his post from 1912 until 1946, viciously promoted Virginia’s RIA, also referred to as the “Act to Preserve Racial Purity.” This Act was a series of legislative efforts designed to protect “whiteness” against what many Virginians perceived to be the effects of immigration and race-mixing.1

Using traditional genealogy research resources, I was able to uncover some facts regarding Walter Plecker, who was born in Augusta County, Virginia, to Jacob Plecker, a merchant. In 1870 his father’s estate was worth $13,000. By 1900 Walter was married and living in Hampton, Virginia. By 1930 he had a white servant Rebecca Shaw in his home. It does not appear he had any children in his lifetime. He was a medical doctor by profession. He is buried at Hollywood Cemetery in Richmond, Virginia.2

The lone exception to the 1924 Act to Preserve Racial Purity was the so-called “Pocahontas clause,” which allowed powerful Virginia families (including descendants of Thomas Jefferson), who claimed kinship with Pocahontas and her English husband John Rolfe, to maintain their all-white status and privileges. We now know the truth about Jefferson and his relationship with Sally Hemings, a biracial slave, with whom he fathered four children. He allowed the two oldest children to escape in 1822, and freed the youngest two in his will.

While Walter Plecker was seated in his position, he systematically and freely altered and reclassified birth, marriage, and death records, changing those classified as “Indian” to the race of “colored.” In doing so, the first American people, Native Americans, belonging to six of the eight recognized tribes by the state, could not gain recognition because they could no longer prove their American Indian ancestry.

White Virginians had long been concerned with policing the color line. Virginia outlawed interracial marriage in 1691. In 1705 the laws of the Colony defined a “mulatto” as “the child of an Indian and the child, grandchild, or great grandchild, of a negro.” In 1785 the Commonwealth of Virginia clarified that definition to apply to “every person who shall have one-fourth part or more of Negro blood.”

After the American Civil War (1861–1865), a new statute defined a “colored person” as anyone having one-fourth or more of “negro” blood and an “Indian” as any person having one-fourth or more of Indian blood. During the first years of the 20th Century, with the emergence of scientific racism (the use of purported scientific methods to justify racial differences and hierarchies) and its attendant policies of segregation and disfranchisement, white Virginians sought to tighten racial definitions. In 1910 the Virginia General Assembly declared that anyone with one-sixteenth or more “black blood” was black. All other people were legally white.3

In 1943 Walter Plecker Asserted that Virginia Indians No Longer Existed
In the early 1940s, Plecker employed the law to classify all Virginians as “white” or “colored” and to classify the state’s Indians as “colored.” Plecker believed that some African Americans were attempting to pass as Indians and feared that Indians would attempt to pass as white. He obsessively documented each and every birth and marriage registration submitted to his agency, and manipulated and distorted records to show that the genealogical heritage of Virginia’s Indians was so intermixed with Virginia’s African Americans that no real Indians existed. Colonial laws on slavery often used the words Negro and slave interchangeably, and by law at various times some Indians could be enslaved and others not.4

Time Line
• 1691 – Virginians outlawed interracial marriage.
• 1910 – The Virginia General Assembly declared that anyone with one-sixteenth or more of “black blood” is black.
• 1912 – The Virginia General Assembly created the Bureau of Vital Statistics to register all births, deaths, and marriages. Under the direction of Dr. Walter Plecker, the Bureau of Vital Statistics became an active agent in policing the color line.
• 1922 – The Anglo-Saxon Clubs of Americas was formed in Richmond, Virginia, and began demanding legislation to prohibit marriage between a white person and anyone who has any amount of non-white heritage.
• March 20, 1924 – Virginia passes the Racial Integrity Act, a law aimed at protecting whiteness on the state level. It prohibits interracial marriage, the only exception being a marriage between a white person and a person with less than one-sixteenth Indian blood.
• March 22, 1926 – A law known as the Massenburg Bill, which mandated racial segregation at all public assemblies, went into effect. The law required “the separation of white and colored persons at public halls, theaters, opera houses, motion picture shows, and places of public entertainment and public assemblages.”
• 1930 – The General Assembly passed a law defining Virginia Indians as those possessing one-quarter or more of Indian blood and less than one-sixteenth of black blood. The law also stipulated that such people would be considered black unless they lived on a segregated Indian reservation.
• June 12, 1967 – In a unanimous ruling by the U.S. Supreme Court, Virginia’s anti-miscegenation statutes were struck down, and Loving v. Virginia established the legal basis for a cultural redefinition of marriage. The U.S. Supreme Court’s 1967 ruling in Loving v. Virginia declared Virginia’s ban on interracial marriage as unconstitutional.5

Loving v. Virginia
Richard Perry and Mildred Jeter Loving were an interracial couple living in Virginia in the 1950s; it was their landmark Supreme Court Case, Loving v. Virginia that changed history. This couple was married in June 1958 in Washington, D.C. and arrested five weeks later in July 1958 for violating the terms of the Racial Integrity Act. On January 6, 1959, Judge Leon Bazile accepted their guilty pleas, but suspended their one-year sentences on the condition that they leave Virginia and promise not to return as a couple for 25 years. The Lovings moved to Washington D.C., and in 1963 appealed their conviction; it was denied. Again in 1966 they appealed to the Supreme Court, and the conviction was overturned. Richard Loving was quoted by his defense as stating: “Tell the Court I love my wife, and it is just unfair that I can’t live with her in Virginia.”

Because of Loving v. Virginia ruling, 24 states that still had anti-miscegenation laws on their books were forced to repeal them. In 1975, Richard Perry Loving was killed by a drunk driver. Mildred Delores Jeter Loving died in 2008. They are both buried at Central Point, Saint Stephens Baptist Church in Caroline County, Virginia. Mildred’s mother was part Rappahannock Indian and her father was part Cherokee. She considered herself black.

For genealogy researchers who are trying to gather information in the state of Virginia between 1924 and 1967, especially information on ethnicity, you may find it helpful to contact a professional genealogist to help you maneuver through this period of time. Record Click has expert genealogists with whom you can consult.