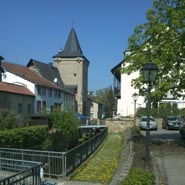 Genealogical research in Germany can be a fascinating and productive study; at the same time, it can be disappointing and frustrating. The same may be said for all ancestry searches – domestic or international – but it is even truer for researching genealogy in Germany. Thomas Dunzweiler, a German-born and German-based author, journalist, translator, scholar and genealogical researcher, gives a brief history of Germany and shares helpful suggestions with genealogists who are embarking on ancestry searches in Deutschland.

Genealogical research in Germany can be a fascinating and productive study; at the same time, it can be disappointing and frustrating. The same may be said for all ancestry searches – domestic or international – but it is even truer for researching genealogy in Germany. The reason for this has a lot to do with the historic development of Germany over the last 1,000 years. The United States is a relatively young country at only 237 years, compared to European countries with thousands of years of history. Germany is one of those countries with an ancient history; however, relatively speaking, “Germany” as a nation is extremely young.

Present-day Germany has been in existence only since 1990, when it was formed out of the 11 “older” federal states of the Federal Republic of Germany, and the five “newer” federal states of the former German Democratic Republic. Where the difficulty comes for genealogists researching German genealogy is that every one of these federal states has at least one main archive, depending on its size. Bavaria for example has nine, while Hamburg only has one. Family genealogists conducting German ancestry searches are met with the fact that German territories are now part of other countries, which means there are many different archives in the federal states in Germany.

If you want to research German archives today, you should always remember that the frontiers outside and inside the land called “Germany” were historically far from stable. As people moved, so did their archives. For example: the descendants of Christian IV moved from Zweibruecken to Munich, handing over some (but not all) of the territories on the left side of the river Rhine after 1816 to the Prussian Kings or the Hessian Landgraves of Hesse-Homburg. The descendants of Christian IV took their archives with them, which means that you could find traces of your ancestors in archives in Munich, as well as in Darmstadt (Hesse) or Koblenz (Rhineland-Palatinate).

Before you begin your German genealogy search, consider the following:

FamilySearch has more than 40 Historical Record Collections for Germany, dating from pre-1700s to present day. Included in the collections are census and lists; birth, marriage, and death records; probate and court records; military records; migration and naturalization records, and others.

If you speak German, Ancestry Deutschland offers its website in the German language.

Because RecordClick recognizes research trends, and has the desire to help you find your ancestors, they are increasing their genealogy ancestry services in Germany and Poland, staffing more in-country professional genealogists, to help trace your ancestry. With so many archives to deal with, language barriers, and the inevitable need to research in faraway locations, a German-based genealogist for hire may be your best bet.

German-born and educated Thomas Dunzweiler is an author, translator, journalist, independent scholar, and genealogical researcher in Rhineland-Palatinate. Thomas, who lives in his hometown of Meisenheim, Germany, serves as the Co-Chairman of the Historischer Verein Meisenheim e.V. – the Meisenheim Historical Society (a registered non-profit organization). He also serves as official town guide for the Verbandsgemeinde Meisenheim (VG Meisenheim community association), taking special enjoyment in telling tourists that his town is not just involved in world history, it is responsible for world history.