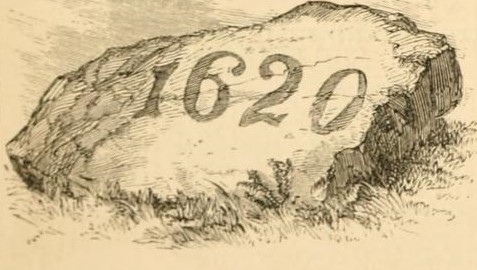 When Thanksgiving comes, we think of the Pilgrims and the Puritans. Our RecordClick genealogist looks at their differences and finds that the early American records are good and plenty.

Every genealogist comes across many different topics while researching a family’s history. This RecordClick genealogist thinks it might be interesting to explore two topics that may either unite or divide a family: Religion and Theology.

With Thanksgiving, American family talk turns to turkey and to those who wore the wide-brimmed, square black hats and buckles on their shoes. “Pilgrim” and “Puritan” are often used interchangeably to describe these people. Though the Pilgrims and Puritans shared some similar religious beliefs, they were not the same. That difference may also help explain why some ancestors relocated to America in the late 1630s.

England in the 1500s was having all sorts of religious issues. Some of the issues traced back to the period between 1491-1547 which was the time when Henry VIII ruled and broke from the Catholic Church. Part of the trouble was that the church and state became so closely intertwined that people could be fined for not attending Church of England services. There were people who didn’t like this because they were being forced into a particular religious practice. Some of these people joined together to form what came to be known as the Separatist movement.  This Separatist movement included the Pilgrims and the Puritans who felt strongly that church and state should be separate entities. The Puritans wanted to “purify” the church from the Church of England.

Their story is familiar to most of us in America and to many a genealogist.

The Pilgrims left England and began arriving in Massachusetts in 1620. At first, they worked together to insure their survival in this new world by cultivating the land and building their homes. Within a couple of years, dissatisfaction led to dividing the new land and assigning a share to each person. Although they were Separatists, the group was somewhat more open than the Pilgrims when it came to the practice of their beliefs… so long as the church and state were separate. The Pilgrims were Separatists and were quieter than the Puritans in how they handled matters. If there was someone among them who held different views, they tolerated that individual but did not welcome him or include him in community affairs.

Then, along came the Puritans. One of the early Puritan settlements was in Salem, Massachusetts, in the mid-1620s. They were not as organized as their predecessors and followed the lead of the Pilgrims as they organized churches in New England.  Their theology in those churches, however, was less tolerant. The vocal Puritans complicated religious practice in the settlements in Massachusetts. While they believed in the separation of church and state, they required every town to have a minister and to build a meeting house. When the time came to fund paying ministers and constructing meeting houses or churches, they sought community support for local money which limited and this was an idea that didn’t go over well. 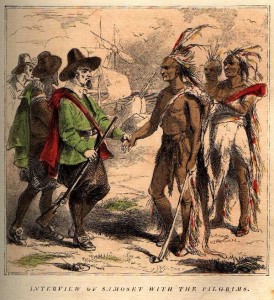 When the genealogist is looking into early American ancestry, one may find the Pilgrims and the Puritans and their history.

The situation came to a head when Roger Williams, a Cambridge University-educated Puritan became the acting pastor of the church at Salem in 1634. Williams had an affinity for languages and was able to relate to the Native American population in the area. He also had liberal beliefs and in 1635, he was relieved of his position. The next year, in 1636, he along with other dissenters relocated to what became Providence, Rhode Island.

The Pilgrims never gained the momentum of the Puritans. Plymouth, Massachusetts was not as economically or agriculturally dynamic as the Salem area was for the Puritans. In the 1700s, other religious beliefs and theologies began to take hold in the new world although today’s Congregational Church does trace its roots all the way back to the Puritans.

A genealogist can find so many records that survive from the early New England period.  The genealogist may feel that this happens to be the good fortune of the genealogy research. Yet, these records have been used by so many authors, historians, schools—and ancestry researchers. Whether one agrees or not, the controversy of the new world—with the Puritan and Pilgrim beliefs—sure made for good documentation.  This way, we, today have a terrific picture of America’s early days and a good historic picture of early New England. The genealogist can give particular thanks to the New England Historic Genealogical Society and the many other local historical societies, libraries and archives for keeping the traditions—and records—alive.

Finding out just who an ancestor was may be challenging for the genealogist. It takes skill to find documentation of their beliefs, religion, theology and more. For the genealogist to understand the religious background takes time and effort. When you hire an experienced genealogist from RecordClick, you will get professional researchers who understand how to find information both in the United States and overseas.