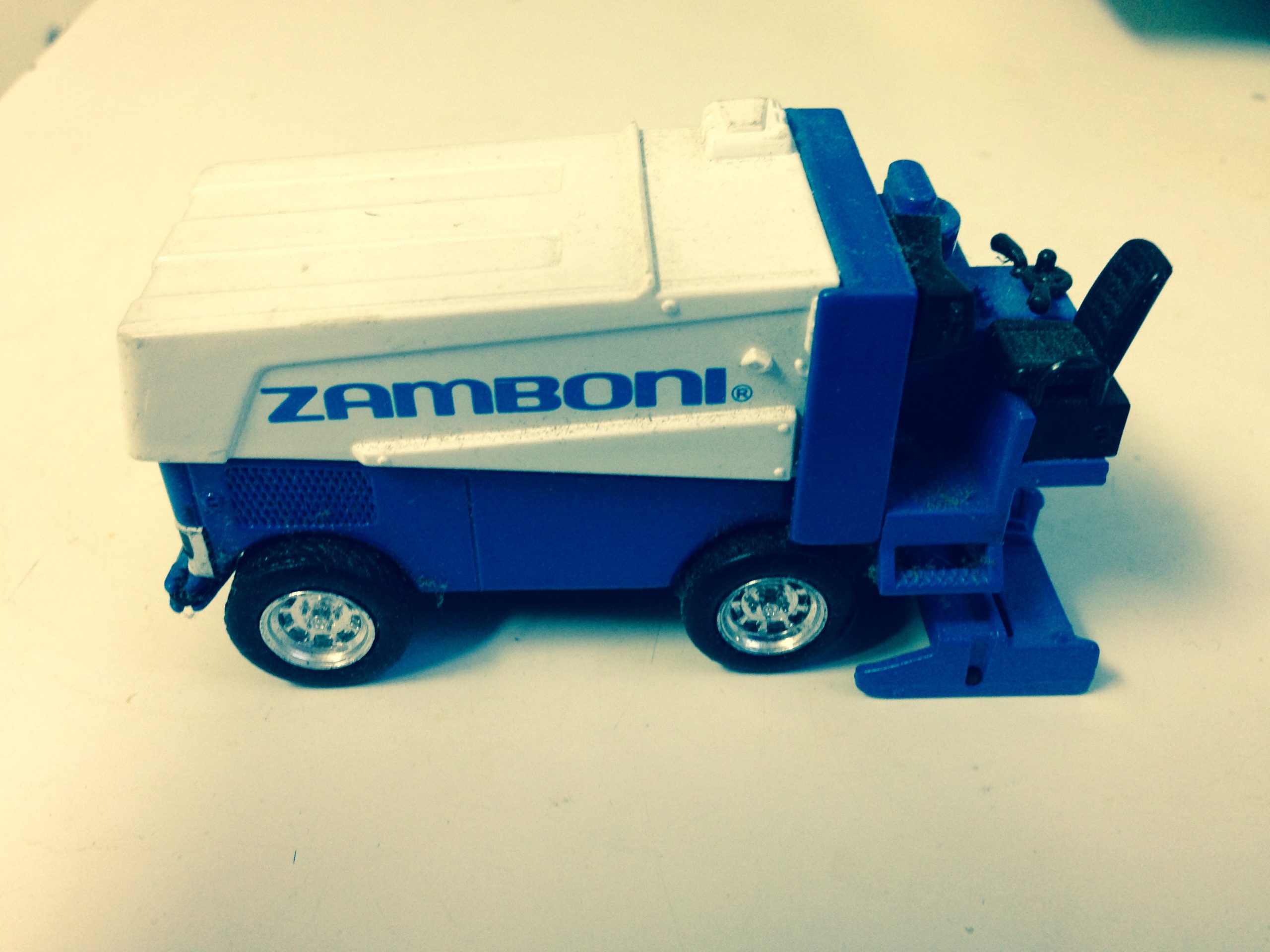 When an ancestry researcher looks into the U.S. Patent Office files, one might find a famous machine. For our professional genealogist, research went smoothly and she found interesting information on the ever-present ice machine: the Zamboni.

This RecordClick ancestry researcher finds that today is one of THOSE days in Nebraska – snow, wind, and ice. I view these days as good for the imagination because this genealogist can’t do much else.

So I look out my window at a parking lot across the street covered with snow and think of Frank Zamboni. The name Zamboni is, more or less, synonymous with ice events–hockey and figure skating. After a period of time, when ice gets a good deal of use, the surface needs to be cleaned up and smoothed. Out comes this big machine–often generically referred to as a Zamboni –that puts a new surface down in almost no time at all.

So, this ancestry researcher wanted to know who was Frank Zamboni and how could he help a genealogist?

First of all, Frank Zamboni is a good example of how immigrants have made our lives easier. His father, Frank Zamboni Sr., born in Austria in 1862, came to the United States in 1885 and became a naturalized citizen. He and Carmelinna Masoero, born in Italy in 1871, were married in about 1888 and had four children. Then comes a turn of events that makes things for the ancestry researcher interesting.

While many family history researchers think of Italians living in larger cities along the eastern seaboard, Frank and Carmelinna Zamboni don’t exactly fit that  image. The couple first settled in Colorado. In about 1890, the Zambonis moved to Utah. In the 1900 U.S. Census, Frank Sr. is listed as Frances and was working as a saloon keeper in Eureka Precinct, Juab County. In the late 1800s, mining was a major source of revenue in the county. While living in Utah, the couple became the parents of two sons, George A. and Frank Jr. In the early 1900s, the family relocated to Bannock County, Idaho in the southeastern part of that state. Frank Sr. took up farming and the family remained in the area about 20 years.

How does a family get from farming in Idaho to ice in California? The ancestry researcher needs to be able to ask good questions. The Zambonis had a mechanical talent and figured out how to apply it.

George A. Zamboni, the oldest son of Frank Sr. and Carmelinna, is listed in the 1910 Census as a blacksmith. With the advent of automobiles, it was a dying occupation. However, many blacksmiths adapted their skills and became auto mechanics. In the 1920 U.S. Census, the family had moved back to Iron County, Utah. Frank Sr. was a carpenter and George A. and Frank Jr. were mechanics.

Between 1920 and 1930, the Zambonis moved to Los Angeles County, California. One way to add value to skills is to provide unique goods and services. Warm Los Angeles needed ice and the Zambonis wanted to satisfy the need. By 1940, Frank Sr. had died and George A. had become a salesman in the oil refining industry. Frank Jr. and his younger brother, Lawrence, saw the value of ice.

As refrigerators improved, the need for ice diminished and Frank turned his attention to how already owned machinery could be used. The idea for a skating rink was formulated followed by the need for a machine to keep the ice in good condition.The Zamboni Patent

In the U.S., patents were developed so inventors could benefit from their creations. Frank took advantage of patents and obtained 15 for different ideas, including one for the ice resurfacing machine now known as a Zamboni.

The benefit for research the ancestry researcher is that information on patents is available online through the U.S. Patent and Trademark Office. Frank Zamboni’s Ice Resurfacer received Patent No. 2643679 on June 23, 1953.

All types of information of interest to the ancestry researcher may be found online.

While the National Archives or the Library of Congress are good places to look initially, other government offices are in the process of making documents available. Knowing what is available and where it can be found can be difficult.

When you hire a genealogist from RecordClick, your search will be done with knowledge and experience.