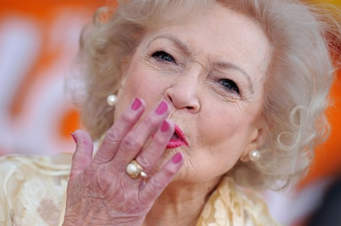 Betty White is pure gold. For a genealogist, her family history is both American and that of immigrants. We love her and we love her story.

This RecordClick genealogist can honestly say that I don’t remember life without her. If America could have a sweetheart, it should be Betty White. A ready smile, a twinkle in her eye, a wonderful sense of humor and a quip for almost any situation make her a joy to watch on television. Comedy in the early days… the special marriage to Allen Ludden… Password… the Mary Tyler Moore Show… Golden Girls… Saturday Night Live… to Off Their Rockers.

The list could go on, but as a genealogist, I like to take a look at families. Betty White has a good one. In her own way, she is the epitome of what the United States is all about: immigrants and moving.

Betty was born in Oak Park, Cook County, Illinois in January 1922. Her father, Horace L. White, was born in Michigan and her mother, Tess Cachikis, was born in Illinois. Her grandparents, however, were an interesting mix and all were immigrants.

Family history researchers often will find immigrant ancestors who have married within their own nationality. Betty White’s family is different. Her paternal grandparents were Christopher and Etta White. Christopher was Danish and Etta was from Canada. Her maternal grandparents were Nickolas and Margaret Cachikis. Nikolas was from Greece and Margaret was from Canada with roots in Wales. All came to the United States with the wave of immigrants in the late 1800s.

A genealogist doing research begins to find more complications when crossing borders. However, Christopher and Etta White maintained ties with family in Canada. Etta died in January 1939 and, according to the Cook County death records, was buried in Aurora, Ontario, Canada. Christopher died in December 1941 and he, too, was buried in Aurora, Canada.

Christopher White and Nikolas Cachikis both seemed to have a knack for salesmanship. In 1900, Christopher was a traveling salesman. By 1920, he had found employment as a salesman in the rubber industry. Nikolas was an ice cream wagon driver in 1910 and in the next ten years worked his way up to being a salesman in the ice cream industry.  We see later, that Betty’s father, Horace, like his father, also has a knack for sales. In the 1920s and 30s, Horace became a sales representative for electrical materials.

Both the White and the Cachikis famlies are interesting. Looking further into these families, this genealogist doing research can come up with more questions:

Horace White and Tess Cachikis married sometime around 1920. Many people were on the move during these years. For some three million people, the move was west to California. Horace, Tess and Betty White made that move to Los Angeles and were part of the population increase from 570,000 to 1.2 million between 1920 and 1930.

When you want to find more about your family’s moves and travels, you’ll look for a genealogist who does research. The professional genealogists at RecordClick will find the details that make your family history unique.