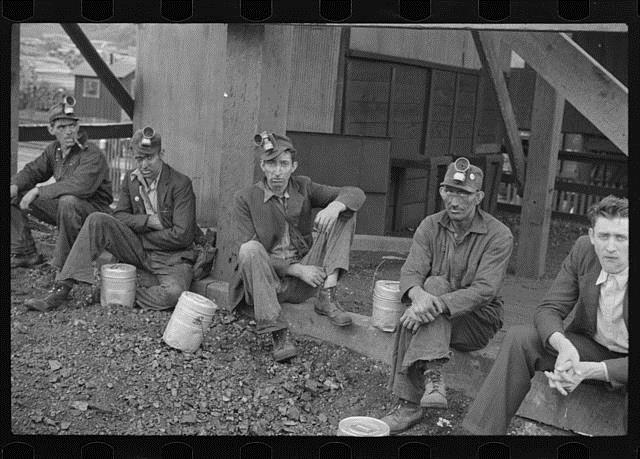 On Labor Day, the history of unions is so relevant to the holiday. Here in America, that history comes with names, ledgers and lists. Some of the relatives in a genealogical search may have been members of unions. For the genealogist, searching these records is a good way to document family work history and events.

This RecordClick genealogist still has that “to do” list for summer.  Yet, Labor Day and all the autumn barbecues and trips are just around the corner. Yes, Labor Day. It has arrived and is probably one of the most celebrated holidays around the world. Did you realize that it is a non-religious holiday in over 80 other countries? On different days and at other times, of course!

The history of America’s Labor Day is a story fraught with contentious moments. First established here in 1887, it became a federal holiday in 1894.  For a large portion of the population, work life was of small, but important, value.  Life in the workplace was also a life of struggle. Incidents that are frequently recalled include the Haymarket Riot, the Pullman Strike and the Triangle Shirtwaist Factory fire.

Why should this holiday and these events be of interest to a genealogist?

The roots of Labor Day go back to the founding of Guilds in Europe. Garment workers are a good group to sample. Clothing was made completely by hand from the weaving of the material to the creation of a garment and its accompanying accessories. Tradesmen were paid a pittance for some of the fine attire they created. When the tradesman banded together, they could ask for higher wages. To obtain quality clothing, the customer had little choice but to pay the price asked by the tradesman. Being a member of a trade Guild was an honor and a sign of achievement. Then, perhaps not in the beginning, yet eventually, records were kept.

For the genealogist, the labor union movement in the United States dates back to the mid-1800s. The beginnings were modest with the Noble and Holy Order of the Knights of Labor listed among the first unions. Beginning then with approximately 10,000 workers, its membership had grown to over a million people including African Americans and women by 1886. With time, its membership waned and other unions began to gain strength and numbers.

Here, labor unions sought to improve working conditions in addition to achieving increases in wages. In many industries, long hours laboring in poor conditions were expected. Railroad and mining companies were among worst offenders. Whether the mines were in Wales, West Virginia or Kentucky (at left, Library of Congress photo), many men lost their lives as they worked hard to put food on the family tables. Railroads did provide faster and easier travel and shipment of goods. But these companies did not focus on safety issues. In 1893, over 18,343 railroad workers were injured and over 1,600 workers were killed.

In the garment industry, many women were able to find work at the turn of the twentieth century. Yet, this was another industry where safety was not a priority. When the Triangle Shirtwaist Factory fire occurred, 146 women died in their locked work place. Many were young immigrants.

Unions were created to help care for their members. Membership and dues needed to be recorded. Union activities had to be documented.

When the genealogist searches through union records, what is the best way to begin the search?

Here are some examples of unions that the genealogist may come across:

A genealogist may feel overwhelmed in this type of search. That’s because there have been hundreds of unions. Some families support unions, others do not. Union records may be found in a variety of places—all of which make for interesting ancestry research and, of course, another reason we RecordClick genealogists love helping you find all about your family history.

A professional genealogist from RecordClick will find and create your unique family history.