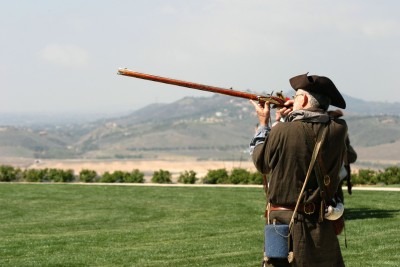 If you think you have a Patriot Ancestor – a direct lineal bloodline descent from an ancestor who aided the fight for American independence – it’s your lucky day. Susan Tillman, National Chairman of the Membership Committee for the National Society Daughters of the American Revolution (NSDAR) offers you a treasure trove of vital information that will help you trace your ancestry.

RecordClick was fortunate enough to be present at an Austin-based DAR chapter meeting to hear a presentation by the National Chairman. Ms. Tillman sat down with RecordClick reporter and DAR member Nancy Siddons-Daniels in Austin, Texas, to discuss in greater detail the ancestry research process involved with tracing ancestry to a Patriot Ancestor.

If you think you have a Patriot ancestor, your first step will be to check your pedigree chart to see who you have far enough back in time that falls in the date range of either the Patriot in the American Revolution or the Patriot’s child. Dates and service are most important. The service dates, with some exceptions, must fall between April 19, 1775 when the Battle of Lexington took place and November 26, 1783 when the British troops withdrew from New York.

It is imperative that you match the right Patriot in the American Revolution to the right service. Remember this throughout your genealogy research. You need to know how many people with the same name lived where the Revolutionary ancestor lived. To determine that your patriot is matched with his/her service, you will use any number of resources – some of which are: court records, tax records, census records, vital records, church records, deeds, pensions, newspapers, etc. I will be discussing this in more detail later on.

Age is an important guideline in determining if your ancestor fought in the American Revolution. Keep in mind:

• Most soldiers in the militia were between 16 and 60 when they performed the Revolutionary military service.
• Teenagers were rarely officers.
• The youngest soldiers could travel to far places, but the oldest soldiers enlisted in their local militia units and protected the home front.
• In most cases, men under the age of 21 years could own land but not sell it or witness other people’s deeds.
• For estimation, a man married at age 21 and his bride was 18.
• Guardians were appointed for children under 14.
• Children over 14 could choose their own guardian. Both parents did not have to be dead for guardianship to begin.
• The age for majority could be older than 21.
• For estimation, people serving apprenticeships were often young minors.
• Men to be older than 21 to hold public office

In regard to types of service, a Patriot in the American Revolution must have exhibited an unfailing loyalty to the cause of American Independence. Types of service may include (but are not limited to): military, civil, or patriotic. Patriotic service may have occurred as early as April 1774 if the Patriot was involved in committees of Inspection, Correspondence, or Safety. Involvement with Continental Congress, state conventions, and assemblies also suffice as patriotic service.

The mandated ages for militia service for each state were established by state statute. The majority of states required that all able-bodied men between the ages of 16 and 60 be a part of the militia and to attend all militia musters. The exceptions to this age range include:

A good rule of thumb when proving military service is to follow the money trail. Soldiers were paid, so you want to check muster rolls.

Next step, check the Genealogy Research System (GRS) on the DAR website to see if the ancestor you’re searching is already proven. If no one is listed that matches your family name, you must prove a new ancestor. This genealogy research process can be exciting, but it also takes a lot of thought and research. Proving a new ancestor is more than just proving the lineage and service – a Patriot’s residence is of utmost importance.

1. Birth/Death records. If a Patriot was born and died in the same town/county, chances are he was a resident at the time of the Revolution. Also, if there is proof that the patriot was living in a county anytime before the Revolution, and he/she died there, we can assume that he/she has lived there continuously.
2. Birth/Death/Marriage records. If a Patriot was married and/or had children during the Revolution. Proof of place of marriage or place of birth of the children can be used. This category also includes death of a spouse or minor child.
3. Pensions. The Patriot applied for a pension. Most of the time, the pension indicates where the soldier enlisted. This is the ONLY time that the source for service can be used to verify residence.
4. Deed Transactions. The Patriot was the grantee, grantor, or witness in a deed transaction.
5. Church Memberships. There is proof of church membership.
6. Wills. The Patriot was a witness to a will.
7. Court records. You need to be careful because many court records describe an ancestor’s civil service, in which case the record could not be used for both residence and service.
8. Tax records and early census records. Includes “First census of Virginia – 1790” [actually 1782-1785); personal property tax lists; tithe lists; poll tax (ages 16 or 21 depending on state – tax was assessed on person not property); ratable, which is not a tax, rather a qualification for a person to be taxed; and a supply tax list.
10. Land ownership. If the patriot was too young to own land during the Revolution, proof of residence of his father can be used, as the son was very likely living with him.
11. Officers. Does the proof of service include officers? Are they established? If they are all living in the same county, we can put our patriot there also using a “probably.”
12. Newspaper accounts.
13. State census records (Maryland and Rhode Island).
14. Burned counties in Virginia. In a case where records were burned, you can use processing lists found in parish vestry books, which includes lists of landowners and the property bounds used to establish the bounds of a particular parish. Hanover County was a burned county, but processing lists are available.
15. Additional sources. Court records, tax records, census records, vital records, church records, deeds, etc. may document where the ancestor lived.

If the ancestor is too young to have property, then prove the parent’s residence, as well as the relationship between parent and child. The residence should be within the correct county, district (if the state had districts), and state. All designations should be historically correct. The distance and relationship between places is important, so look for service near where the ancestor lived.

Don’t forget to factor in religion, since it played an important role in a family’s life during that time period. What a man and woman believed and how they reacted to the Revolution was often instilled and reinforced in their religious community.

Susan Tillman has been a member of NSDAR for almost 25 years. She has served as Texas State Recording Secretary, National Membership Chairman, National Vice Chairman of the Chapter Development and Revitalization Commission, and National Advisor to the DAR Genealogy Preservation Committee. Thanks to Ms. Tillman’s efforts, the public now has access to the DAR GRS link on the NSDAR website, which provides various genealogical information found in DAR applications.