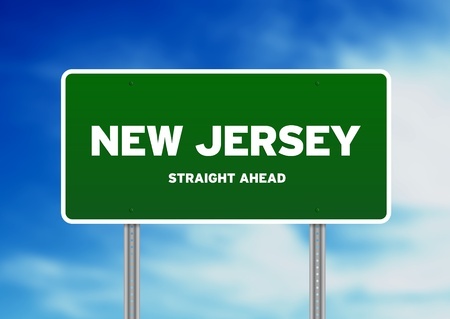 New Jersey – what a state! This RecordClick genealogist used to think it was just some place between New York and Pennsylvania with that little bit of Delaware thrown in for fun. Since I have done genealogical services in New Jersey, my perspective has changed. When I have commiserated on some of the frustrations of researching in New Jersey, I’ve had residents tell me it isn’t easy. There have been boundary changes as counties and townships come and go and lost census records – just to name a few things. But there are blossoms of hope for your ancestor search in the Garden State.

A good family history researcher learns about the place where ancestors lived. One of the most important things for a genealogist to be aware of is the geography of the area including how and when land boundaries were created and changed. I usually don’t recommend reading material because there is so much available and every researcher has his or her own preferences.   However, “The Story of New Jersey’s Civil Boundaries, 1606-1968” by John P. Snyder is excellent. It was done for the Bureau of Geology and Topography; Trenton, NJ, 1969 and reprinted by the New Jersey Geological Survey in 2004 and may be accessed online.

As the author states in his remarks: “This is hardly a book to cuddle up with.” It may not be good bedtime reading, but it does give insight into the settlement and evolution of governmental bodies in New Jersey – complete with maps. And it made me smile. Snyder’s chronologies helped me understand why finding ancestors and the repositories for their records can be so difficult… in New Jersey. Contained in the rest of this essay are some gleanings from the book that may be beneficial to the genealogical researcher.

The history of European settlement in New Jersey goes back to 1609 when Henry Hudson landed on what are now the New Jersey shores. The earliest attempts at settling the state met with little success. Yet, eventually, the Dutch, Swedes and English, purchased, both fairly and deceptively, the land from the Native American tribes that had inhabited the land since before 6000 B.C.

• 1621 – The Dutch West India Company was formed in Holland to develop commerce with an eye on the New Jersey-Hudson River area.
• 1638-1655 – Swedish and Finnish attempted to settle the area.
• 1655 – Dutch Governor Peter Stuyvesant forced the final surrender of New Sweden and New Jersey became a part of New Netherland.
• 1630 –The first successful European settlement began with the land purchase for what is now the Jersey City area.
• 1664 – New Netherland became an English possession.
• 1665-68 – Elizabeth-Town, Milford/Newark, and Bergan became areas populated with European settlers.
• 1675 – Salem became the first permanent settlement in southern Jersey. The governmental entities of East Jersey and West Jersey were created. Boundaries were fuzzy.
• 1676/77 – The division of West Jersey began by dividing the area into tenths. Burlington became the capital.
• 1682/83 – Although they had vague boundaries, the four counties of Bergen, Essex, Middlesex and Monmouth were created.
• 1693 – The designation of towns and townships in East Jersey was formalized. The capital was Perth Amboy.
• 1702 – East Jersey and West Jersey are reunited.
• 1720 – Settlement began in the area of what is now Trenton.
• 1743 – A definitive line – the Lawrence Line – between East Jersey and West Jersey was surveyed.
• 1746 – What is now Princeton University was founded in Elizabeth as the College of New Jersey.
• 1773 – A law was passed ordering surveyors to put up markers along what had been determined to be the New Jersey-New York border.
• 1783 – The Delaware River was declared the western border of New Jersey.
• 1874 – The New Jersey – Delaware boundary was described by the State of Delaware in its Revised Statutes. A resurvey of the New Jersey-New York border found that the line in the 1774 survey was not straight, but made an arc around Greenwood Lake.

New Jersey Genealogy detectives may have a challenge tracking ancestors with all of the boundary changes.  The only land border New Jersey has is on the north with New York. The Delaware River is the western boundary and the Atlantic Ocean and Hudson River are on the east. A number of court cases have been needed to settle the ownership of more than a few of islands in the rivers and water ways.

Inland, borders changed quite frequently until after the Revolutionary War when patents, “letters patents” or royal charters (the formal documents from land grants given by Native American tribal chiefs to the white settlers) were sometimes unclear or contested. Even then, several counties were created in the 1800s, the last being Union County which was taken from Essex County in 1857 with Elizabeth designated the county seat.

A genealogist in New Jersey also needs to keep in mind that New Jersey has many different types of municipalities: borough, city, town, township and village and the corresponding records may be found on those levels. Remember that municipalities have been formed and boundaries changed on a regular basis in this state. If an ancestor lived in an area for more than a couple of years, records may be found at more than one location.

Are you still overwhelmed by this genealogical search work in New Jersey?  The professional genealogists at Recordclick can help. We can access records and maps to help pinpoint where your ancestors lived. We can help you organize your family history research or help you create your own family tree.