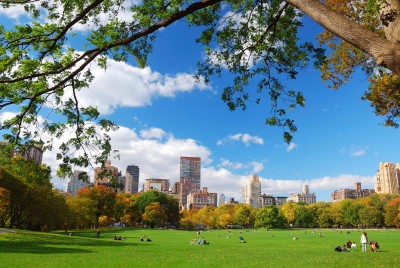 The late great talk-show host Johnny Carson once said, “New York is an exciting town where something is happening all the time, most unsolved.” Something tells me Johnny wasn’t referring to New York genealogy research mysteries. If you are doing genealogical research for your New York ancestors, Record Click wants to make sure your genealogy mysteries get solved. Certified genealogist Joan Shurtliff explains the difference between village, city, county, and state, and how knowing at which level to search will help you locate the records you need for your New York genealogy research project.

Are you a genealogical researcher tracing ancestry in New York State? Before you delve into your ancestor research – Do you know what the difference is between a town and a town? Or, do you believe a town is a town is a town? Are you thoroughly confused? Let me try to explain this to you.

A town is usually a town, at least for most locations in the United States, but in the case of New York State – maybe not. As a genealogist researching New York ancestors, it took me a while to understand New York’s “town” concept, because in the Empire State, there are two types of towns.

First, a town can be considered a village, a hamlet, or a community. How a town is viewed can differ throughout the United States. For example, in Nebraska where I live, only the two largest cities – Omaha and Lincoln – have more 200,000 people. All other cities and towns in the state have less than 100,000 people. Roughly stated, the entire population of Nebraska is about the same as one of the boroughs of New York City. Therefore, the definition of a “town” is relative to other populated areas in its state. What we in Nebraska might call a “city,” New York genealogy researchers and residents would call a “town.” All towns are not the same, but New York does have towns; in fact, New York has almost 1,700 organized municipalities. However, not all of them may be officially considered a “town” per se. Usually, a populated area is formally known as a village until a certain population is reached, whereupon it restructures its government and becomes a city.

Second, there is a town – formally called a “township” in other states – that also is a repository for governmental and vital records. In states that used the rectangular survey method for recording land, the land description is recorded from small to large: section, township (often abbreviated as “town”), range. In New York, however, a town is a part of a county that has its own unit of government and collects taxes. Towns, like the counties they are a part of, were created when the population warranted them.

When doing New York genealogy research, keep in mind that many counties have villages/cities and towns with the same name. In some instances, there may be a village, town, and city with the same name. Take, for example, Watertown in Jefferson County. Watertown the town was created in 1800. The Village of Watertown came into existence in 1816. The village was incorporated as a city in 1869. While land and Surrogate Court records are most likely found at the county level of government, vital and tax records are apt to be found at the town level. Villages and cities may also have tax records or other records unique to that governmental entity. As a rule of thumb, when researching, start with the more encompassing level of government and work to the smaller units.

Confused? You have lots of company. Just keep in mind that these are the layers of government in New York:

Some of the most interesting court records used in New York genealogy research have to do with lower court – Justice of the Peace or Magistrate. These records can be found at the town or village level. If they still exist, they can contain wonderful information about day-to-day happenings or neighborly disputes. The “if” is a big factor, however. In the early days, the judges often worked out of their houses, and the records stayed with the individual. They may be gone.

There are two other genealogical research sources of interest to genealogists tracing ancestry in New York. First is the town and city registers of the men who served in the Civil War. If they still exist, they can be found at the New York State Archives in Albany or at the county or local level. Many Civil War records, however, are now available online. Second, in the late 1840s, legislation was passed mandating that school districts keep vital records. Compliance was inconsistent and the law was repealed in 1853. A check with a local historical or genealogical society may be helpful in locating any existing records.

Keep in mind, however, that there are no strict rules for where a variety of records may wind up, especially at the lower levels of government. Where can records be found, if not in the most likely spot? The two most probable places are the New York State Archives in Albany or at the Family History Library in Salt Lake City. Do not, however, dismiss university libraries such as the Cornell University Library in Ithaca or the main branch of the New York City Public Library (NYPL). A few New York counties – Rockland County, for example – have archives. They are definitely worth checking out. Other avenues of New York genealogy research may be through local historical and genealogical societies or libraries. Staff and volunteers at these establishments may have suggestions on where to look.

We recognize the enjoyment that genealogical researchers get when they trace family history; however, if you hit a stumbling block, don’t hesitate to contact a genealogy ancestry service to help you trace your ancestry. Record Click has professional genealogists on staff who are knowledgeable in New York genealogy research. They also have access to a variety of genealogical research repositories, including the New York State Archives and the New York City Public Library. If you need help with your ancestor search, reach out to RecordClick.

Coming up: New York Genealogy and Religion – Finding the Answers