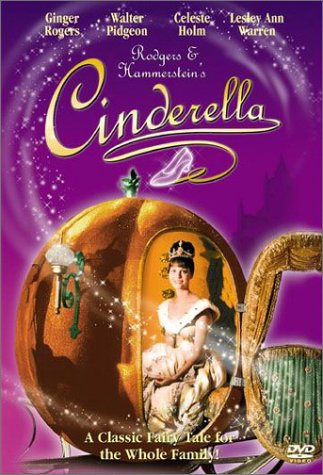 The new Cinderella movie has just been released. This makes our RecordClick genealogy researcher think of the
Cinderella of her youth: Lesley Ann Warren. So, she decided to look a bit at the genealogy of this award winning actress…and POOF!

This genealogy researcher loves every Cinderella show and movie. But none more than the 1965 version with the true Princess in every young girl’s eyes: Lesley Anne Warren, the multi-nominated movie star, who was Cinderella in the TV special that year.

Generations later, the genealogy researcher sees today that Disney’s recently released Cinderella movie is a newer movie version with Brits playing the parts. Or, we could say that today’s Cinderella is the on-screen Hollywood descendant of our American Cinderella.

When the genealogy researcher is looking for ancestry and family history facts, POOF! Some come forward in an instant. Some disappear in a snap. Some are clear. Some float like a bubble, up and away. 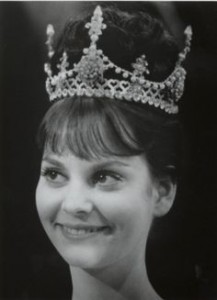 Lesley Ann Warren was every girl’s princess in the 1960s.

Lesley Anne Warren is generally reported as being born on August 16, 1946. But this is Hollywood, so who really knows? She is also said to have been born in New York. Well, this genealogy researcher  has found a Leslie A. Warren who was born in Fishkill, NY floating around. And that person’s name is spelled Leslie and the birthdate is July 17, 1944. This genealogy researcher hasn’t verified that this is the same person, but Fishkill isn’t so far from where our Lesley Ann’s father’s family seems to have lived. POOF! Instantly, more verification and search work for the genealogy researcher.

It does say in Lesley Ann Warren’s known history that her mother was a Margot Verblow who was a “cabaret singer” before she married Lesley’s dad, William Warren, formerly William Woronoff, a real estate agent.

This genealogist has found a record of a Margot Dorthea Verblow, age 22, born in England, perhaps in Eastborne, whose nationality was listed as Canadian. She sailed on the ship the American Farmer to  America on June 5, 1939. She traveled with Kathleen Verblow, listed as a housewife born in Moleiv (sp) Russia who was age 40 at the time of their trip. Margot Dorthea Verblow was listed as something that is crossed off and replaced, in handwriting. POOF! Look closer and we see the penned in word:  actress.

And the family history researcher always has to look at other records for date, name and detail verification.

There are a few different ships records for each of these women. And it looks like Kathleen Verblow became a naturalized American citizen on December 29, 1949. Unless there are other Kathleen Verblows, Kathleen’s birthdate is different in every record. It is listed as 1899, 1894 and 1898. POOF! This genealogy researcher has found a second record that lists 1899, so we’re going with that one, for now.

Want to have your own genealogy researcher to do family history magic? Contact the professional genealogists at RecordClick. When you hire a genealogist, POOF!, RecordClick will find your family’s story.