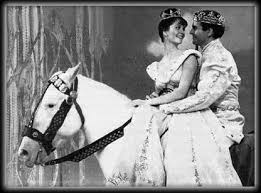 Actress Lesley Ann Warren, the American Cinderella and multi-award winning actress, has a name change in
her family history. Our RecordClick family history researcher takes a look at census, military and death records
to see what’s what.

Tracking family history and finding the details of ancestor’s lives are part of the work of the family history researcher. In all of the notes on Lesley Ann Warren, the award winning actress—and America’s best Cinderella—it always says her father was William Warren and indicates the family’s name was originally Woronoff.

This family history researcher decided to look into that.

In the 1920 census, there is a William Woronoff. He is a little boy, age 4, with a brother Herb, also age 4, (mistakenly listed as age 7 on the summary page, but looking at the actual page the genealogist can see it is a 4). They are living in the Bronx. William, the document says, was born in New York. The father is Morris, age 28, came to America from Russia in 1905 and was naturalized as a Citizen in 1913. Morris’s sister, Lena, age 24, is living with them and so is Morris’s and Lena’s mother, Sophia, age 65. It is quite a packed household, isn’t it?  But where is Morris’s wife?

In the 1930 census, Morris is now age 39, Herb and William are age 14 and in college. And now there’s a wife: Elizabeth, age 39. Perhaps, wife number 2. The family history researcher would check further into this with marital records. According to the census documents, they are all living in Portchester, New York.

Skip to the 1940 census, ten years later, and the boys are listed as having completed their third year of college as the highest level of education. They are now 24. Morris is a wholesale playclothes manufacturer. He is 48 and his wife Elizabeth is listed as 50. They are living at 531 E.Lincoln Avenue in Mount Vernon, New York.

This family history researcher loves the census records. Look how much information you can find! Every ten years, you can see the changes in a family. Two boys without a mother and ten years later they have one. A grandmother in the house and ten years later, she isn’t there.

Now, if the genealogist looks at the Military records on top of the census records, the family history researcher can get some more genealogy info. Look at William Woronoff. His military records show he was born in 1915. In August 14, 1941, he was still single and he enlisted at Camp Upton in Yaphank, New York. The record says he had four years of college and was working in the Lawyer and Judges field.

When the family history researcher studies the documents—such as census records and military records—a whole world of info appears right before our eyes.  MAGIC! POOF!

Then, if we look just a bit further, we can find the death of a William Warren on August 31 1985 in Sherman Oakes, California. Is this Lesley Ann Warren’s dad?  Did Lesley Ann Warren move her dad out to California? This William Warren was born July 27, 1914. Pretty close to the 1915 of the enlistment records. More research. More records. And POOF! The family history researcher can find and further verify the ancestry, birth records, name change and other details.

If you love finding new ancestry information with a family history researcher, hire a genealogist from RecordClick. Our professional genealogists will do magic.