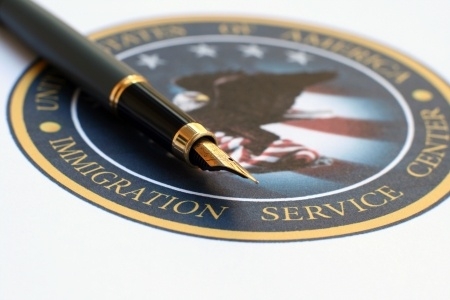 Professional genealogist Debra Hutsell wants family history researchers to consider their immigrant ancestors – where they came from, when they arrived in the U.S., and how they lived. She delves into the Naturalization process and shares tips on resources to tap in order to find the information you need and want.

~ Naturalization Oath of Allegiance to the United States of America.

These are the words recited during the naturalization ceremony. It is the ideal for which most immigrants are striving.

Almost every genealogist in the United States can trace their ancestry to an immigrant ancestor who made the monumental decision to come to the United States. The reasons for leaving their homeland were innumerable and the hardships they faced were unimaginable. Immigrants faced many challenges, including a long voyage that could last up to three months in rough water, as well as the challenge of starting a new life in the United States – usually with meager resources. Your immigrant ancestor has a story to tell and naturalization is a part of that story.

As it is with any genealogical search the genealogist needs to understand the process that led to your immigrant ancestors’ decision to become a United States citizen.

1. Registry – Between 1798 and 1828 immigrants who wished to become United States citizens were required to register with the court upon arrival.

An immigrant could buy or sell property, work, marry, or anything of a personal or social nature, but to vote and to participate in the political process required that the immigrant first become a citizen of the United States. Oddly enough, many immigrants never started or completed the naturalization process.

Often the first clue as to when their ancestor immigrated to the United States and naturalized may be found in the United States census schedule. Starting in 1900 the census bureau asked questions about immigration status, such as the date of naturalization and nativity. Several websites hold immigration records including:

For pre-1906 records, I would suggest searching the county court records where your immigrant ancestor lived.

Our immigrant ancestors took a risk coming to the United States, and their stories are valuable not only to their descendants, but to American history as a whole. Let the professional genealogists at RecordClick help help you find your immigrant ancestor.