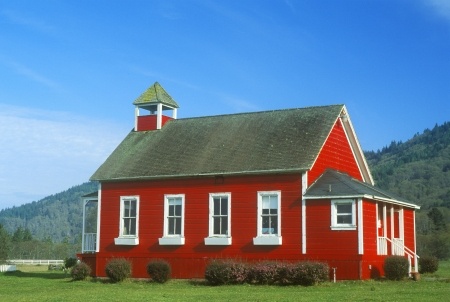 When it comes to finding innovative genealogical research resources, professional genealogist Joan Shurtliff is at the head of the class. In this article, Joan explains that if family history researchers are stymied when the U.S. Census does not yield the results they want, they can turn to the educational records and school censuses that are recorded yearly, not just by decade. Give yourself an A+ if you learn the ABCs of genealogical research via school records.

One morning in late August, as I was driving past the local high school, I saw a sure sign that school was going to start soon – The marching band was outside practicing. There were no fancy uniforms – mostly tee shirts and blue jeans – but horns were tooting, drums beating, and flags waving. The seasons were changing. I could not help but be reminded of an under-used resource for genealogical researchers – the school census. An overlooked resource by family historians, a school census can contain a good deal of genealogical information, and better yet, a student’s family can be followed year by year.

Schools and education have played an important role in the development of this country since Colonial times. The first schools were founded in New England when the need for public education was deemed vital to the growth of the country. There are some dates in the history of education that a genealogist should remember:

Genealogists need to keep in mind that educational institutions can be categorized:

One of the benefits of educational records for genealogical research purposes is that they follow an individual or family more closely than the U.S. Census, which is enumerated every ten years. The good news for family history researchers is the fact that school censuses, as well as records for attendance and what subjects were studied, are open to the public. Personal records, such as grades, are not.

Attendance records follow a student’s day-to-day involvement with the school. They also record when a student moves into and out of a school district.

The school census was taken once a year. The information recorded varies from school district to school district, but usually includes the parent’s name, the name of the children in the family, and the birth dates or ages of the children. Children who have not yet started school or have concluded their education, but are still household members, are often included.

Available college and university student records usually include dates of attendance, as well as the areas in which the student studied.

Genealogists often overlook school records because they are not easily located or may even have been destroyed. Most of the time they are not indexed, and in order to find the correct school, it is necessary to know the location of the family residence. In this rare instance, Native American school records may be the easiest to locate because many of their schools fall under the auspices of the federal government – the records of which were more likely to be saved.

To locate school records, check first at the school district office. In rural areas, frequently a County Superintendent of Schools was the administrator. Check the county courthouse; that is where the records may be. If the position has been eliminated, check with the county clerk. Old records may have found their way to an attic or basement. County or state archives, historical societies, or genealogical societies are possible repositories for school census and attendance records.

Many colleges and universities now have libraries and archives that house student information. An alumni association may also be helpful.

The LDS Library has made an effort to microfilm or digitize school records they may locate. A portion of the school census records for the State of South Dakota is online at FamilySearch. A number of states have had school census records microfilmed. Many Indian school records have been microfilmed, too. Include the Indian nation the individual may have belonged to in the search. Check the Family History Library card catalog for information on the microfilm.

If you would like help in your genealogical research, look to the expert genealogists at RecordClick. We are knowledgeable in the various sources – including school attendance and census records – available to the family history researcher. We can do an ancestor search for information or help you organize and write your family tree history.