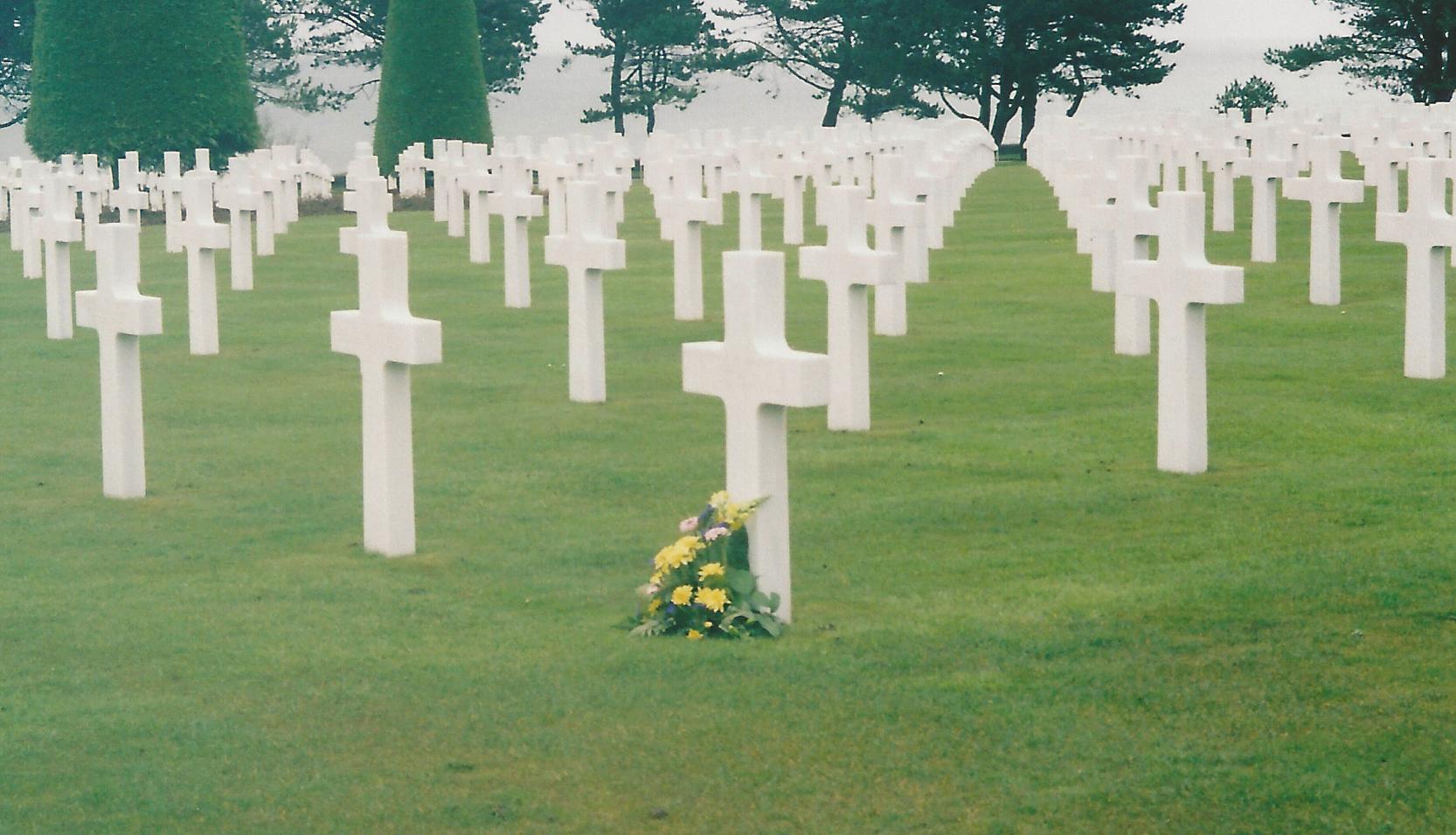 RecordClick genealogist Joan Shurtliff remembers that seventy years ago, D-Day occurred. Our professional genealogist shows the family history researcher where to search for information on those who served in this monumental military operation.

Every family history researcher surely knows that many of the young people who became soldiers, sailors and airmen at that time are gone now. The beaches – Omaha, Utah, Gold, Sword and Juno – are quiet. Guides point out still- visible scars. Memorials explain to visitors what happened here 70 years ago on the Sixth of June in 1944. One memorial in the British Cemetery, Bayeux, France reminds us: “Their name liveth for evermore.”

This RecordClick genealogist made the journey to Normandy in France several years ago to honor a father and to see the area that was his world for a year and a half. It was a world that he, like so many other veterans, didn’t talk much about… to me anyway. That’s okay.  I wouldn’t have understood. Most teenagers, especially a daughter, can’t know the tension, the noise, the destruction, the inevitability of injury and death that was a part of the Normandy invasion.

One hint for the genealogist who wants to know more about what a family member in his or her ancestor search may have had to deal with:  If the unit is known, check for a unit web site. There may be pictures and stories there. My dad was a part of the 90th Infantry Division. They have their own web site: www.90thdivisionassoc.org. On this site is a wealth of information including histories of each unit. His unit, the 357th Infantry, boarded the S.S. Explorer and S.S. Bienville on June 4. On June 5, the ships were in Bristol Channel near Swansea. On June 6, they were on their way to France. They landed on June 8 at Utah Beach.

Well over 100,000 soldiers participated in D-Day. It was a joint effort with soldiers coming from the United States, United Kingdom, Canada and Free Frenchmen. They landed and fought at Omaha, Utah, Gold, Juno and Sword beaches. They came in 5,000 ships and landing craft and 11,000 planes in less-than-ideal circumstances. There were successes and there were missteps. There were also more than 10,000 casualties, including approximately 4,000 deaths.

Some of the American soldiers who died eventually found their way back home to be buried in local or national cemeteries stateside. Others remained in the land where they fell.

The family history researcher can look for the relatives on the website of the U.S. Department of Veteran Affairs which is excellent for locating veterans who are buried in national or state veteran’s cemeteries.

One of this RecordClick genealogist’s favorite web sites, however, is that of the American Battle Monuments Commission. This Commission administers and maintains 25 permanent American burial grounds on foreign soil. In addition to providing news and activities about the various cemeteries, there is a searchable data base containing the names of over 200,000 buried or memorialized individuals. In addition to the name, rank, unit, and place where the individual entered the service, there is the death date, war or conflict and the place of burial listed, also. For the family history researcher, the web site is well organized and easy to use. It is a true tribute to those who gave their lives for their country.

Very soon, in June, people will gather. Words will be spoken.  Memories will be shared. Pictures will be taken on those beaches that were so tumultuous 70 years ago.

In honor of those brave soldiers:

“Think not of their passing, but the glory of their spirit.”

– Quote on the chapel at the American Cemetery in Normandy.

If you are looking for information about a family member who served in the military or participated in D-Day, the RecordClick genealogists will help. Our family history researchers have experience working with military records and finding online information not found in the usual places. We will find that special story makes your family history come alive.