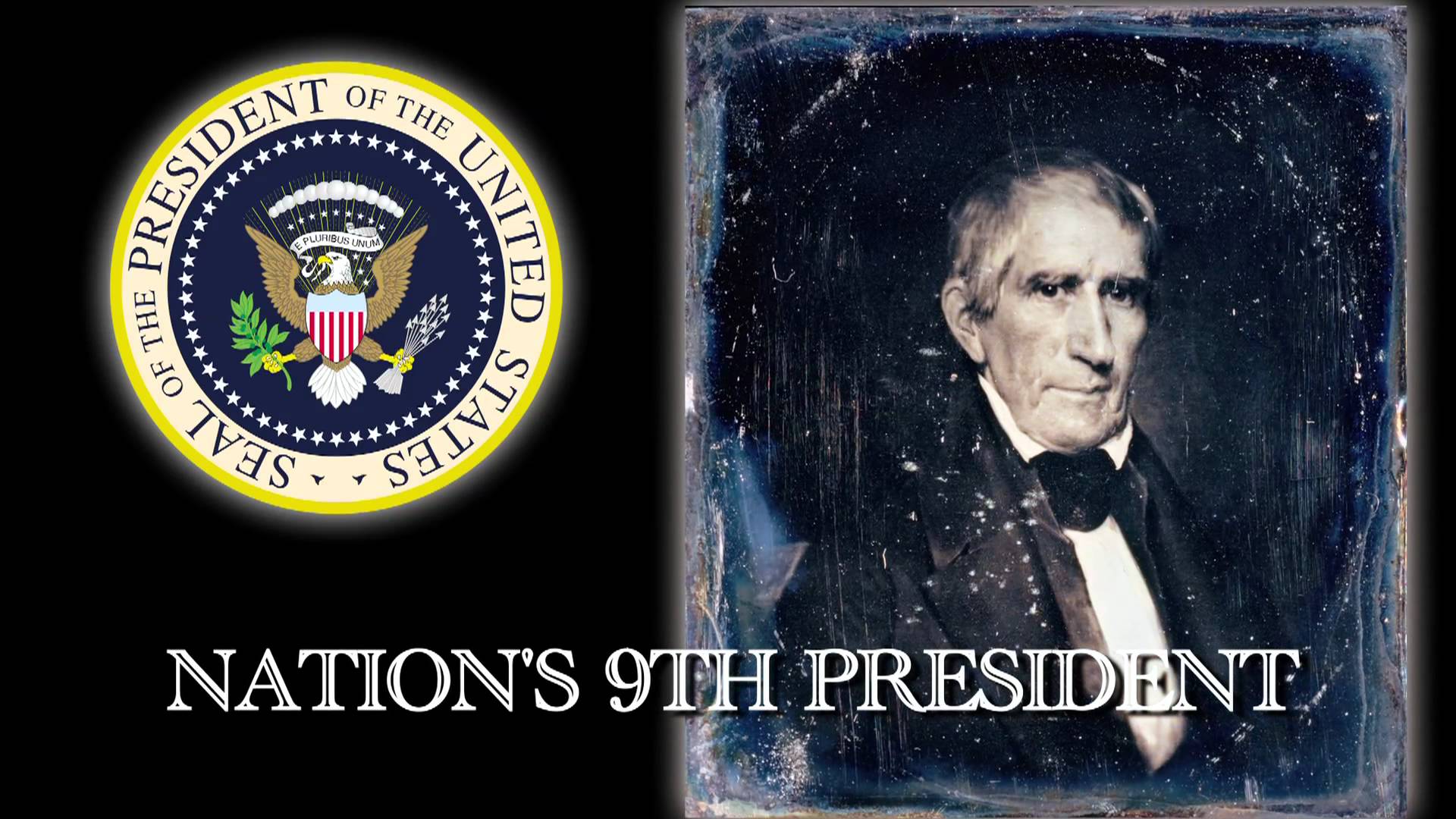 When our RecordClick genealogy researcher, Joan Shurtliff thinks about the Fourth of July, she thinks about ancestors and history.
This time, she looks at a President. But there isn’t so much on him because he died within two months of taking the helm.

The Fourth of July. To celebrate, this RecordClick genealogy researcher thinks it might be interesting to delve into the family history of one of the signers of the Declaration of Independence. My genealogy starting point is one of the least illustrious Presidents of the United States, William Henry Harrison. He could be considered the nephew of one president, the grandfather of another and the son of a signer of the Declaration of Independence.

His genealogy begins like this. William Henry Harrison was born in Virginia to the prominent Harrison family on February 9, 1773. He received the typical education for an elite Virginia family. Instead of remaining in the state, however, he became a part of the military achieving the rank of General and playing an important role in the Indian wars of the early 1800s that took place in Ohio and other areas of what was then the Northwest Territory. He went on to be elected President of the United States in 1840.

The genealogy researcher will see that he is noted for two things:

He took the oath of office in March of 1841 and died in April of that same year.

For a genealogy researcher, there is an informational web site for the Harrison family. This is the Benjamin Harrison Presidential Site.

For the genealogy researcher, the ancestors of William Henry Harrison were early settlers in Virginia. A number of family members played a role in governing the colony. When the issue of breaking away from England arose and the idea of forming a new nation began to take shape, the Harrisons were there. In addition to being related to Martha Washington, they knew Thomas Jefferson and Patrick Henry. The father, Benjamin V, was a delegate to the Continental Congress and his uncle, Peyton Randolph, was elected the first president of that august body.

Peyton Randolph had health problems. Upon Peyton’s death in 1775, the Continental Congress discussed his successor. Being from Virginia and being a brother-in-law of Peyton Randolph, Benjamin Harrison V, was a strong contender for the position:

“Benjamin Harrison, the father of William Henry, was a delegate to the Continental Congress in 1774-5-6. It was between him and John Hancock, that the amicable contention took place respecting the Presidency of the Congress. Peyton Randolph, and Benjamin Harrison, were brothers-in-law, and upon the decease of the former, who was the first President of Congress, it was the wish of the Southern members that Mr. Harrison should be selected to fill the chair vacated by the death of his relative. He was fully informed of the various sectional prejudices existing at that momentous crisis, and exerted all his influence in favor of his friendly rival, John Hancock. He reasoned with his colleagues upon the importance of conciliating the Northern feeling, and succeeded in obtaining for the Massachusetts member a unanimous vote… When the sacred Declaration of Independence was passed, he joined the fathers of the Union, and signed the famous document.”

From The Life and Times of William Henry Harrison, by S.J. Burr (1840)

Almost 125 years later, the Harrison family was still playing an influential role. Caroline Lavinia Scott Harrison, wife of President Benjamin Harrison, came from an intellectual family. Her college professor father made sure the children had access to books and educational experiences. By the late 1800s, women were becoming more involved with activities outside the home. When the Daughters of the American Revolution (DAR) was formed, Caroline was asked, in 1890, to serve as its first President General. It was an honor that she, while she was First Lady, accepted. She guided the organization through its early years.

One never knows where an ancestor search will take us. The journey may lead to special times in America’s history, such as the signing of the Declaration of Independence and the beginning of the DAR. When you hire a genealogist from RecordClick, you will get revolutionary information about your family tree.