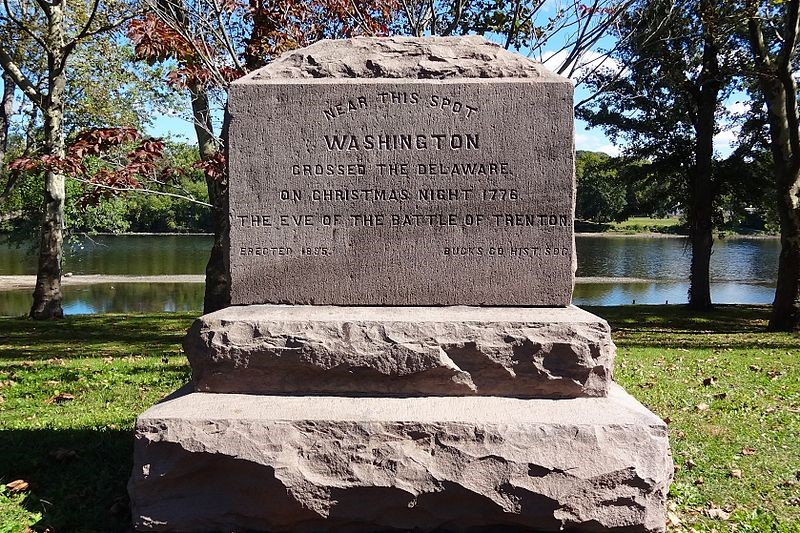 Everyone has heard of Washington’s crossing of the Delaware and his amazing victory in December 1776. Most people don’t even
think about it more than that. Professional genealogist Joan Shurtliff looks into the history, as our professional genealogists do,
and finds the context, the meaning and a perspective on the poorly equipped soldiers who fought the hard battle on Christmas 1776.
Who were they beyond George Washington? What was their essence in history? That’s what our RecordClick genealogist talks about here…

With Christmas cards in the mail, this RecordClick genealogist has time to sit back and ponder past Christmases that might impact a family history researcher. One that comes to mind is the December 25, 1776.

Most every genealogist knows that the Declaration of Independence had been signed the previous July and the Revolutionary War was touching many households.

In January of 1776, Thomas Paine wrote in his pamphlet, Common Sense:

“Volumes have been written on the subject of the struggle between England and America. Men of all ranks have embarked in the controversy, from different motives, and with various designs; but all have been ineffectual, and the period of debate is closed. Arms, as the last resource, decide the contest; the appeal was the choice of the king, and the continent hath accepted the challenge.”

In December 1776, George Washington was trying to figure out what to do. The fighting had not gone well. He had been trained as a Surveyor, not as a General. And, at the time, he didn’t want to be in Pennsylvania. As for his troops, they were ill paid, poorly dressed, not well fed or housed. All in all, it wasn’t a good situation.

So what does this have to do with the genealogist?

Knowing that something needed to change, Washington listened to some of his officers. These officers included Bostonian Henry Knox who was well read on military history. John Sullivan, a General from New Hampshire who was doing a good job. Nathanial Green of Rhode Island who was demonstrating strong organizational skills. There were other officers advising him, as well.

Washington planned a three-pronged attack that included crossing the Delaware River and then marching on to engage British troops at Trenton. Boats were secured to ferry troops across the river. Many were Durham boats, similar to the type depicted in Emanuel Leutze’s famous painting. The boats were sturdy. They were regularly used to carry iron down the river. Each boat held about twenty people.

The weather in December 1776 did not favor Washington. Brigadier General James Ewing, with over 500 militia, at Trenton Ferry and Lt. Col. John Cadwalader, with 1900 soldiers at Bristol, were unable to make the crossing as planned. Only George Washington and his 2400 soldiers at McConkey’s Ferry, now called Washington Crossing, carried out their part of the operation as planned. 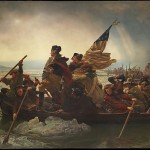 History and the genealogist will recall December 1776 and Washington’s army crossing the Delaware.

It began at 4 p.m. on the afternoon of December 25, 1776. With boats ferrying militia, the crossing was completed at about 3 a.m. the following morning. They endured freezing temperatures, cold water, sleet and snow.

What, genealogy researcher, does this mean? Hasn’t many a genealogist specializing in Early American history or Colonial or Mayflower genealogy heard family members tell stories about George Washington? How many specialist genealogy researchers have family members who know about the crossing of the Delaware–and an ancestor who crossed with George? Likely, many a genealogist has come across the story of the family soldier who had an acquaintance with Washington. But, this genealogist knows that it is not likely that the history-making ancestor was in the same boat.

Despite their setbacks on that cold day in 1776, the troops marched to Trenton, some nine miles away, engaged the British and won the battle that afternoon of December 26.

While you are busy celebrating the season with friends and family, take a moment to remember all the soldiers from all the wars who were unable to be home at Christmas. They gave us one of the greatest gifts of all – their service.

This ill-prepared group of Washington’s was, indeed, a rag tag bunch of soldiers who defeated the better equipped British fighters at Trenton. Every genealogist and person reading this here, needs to keep in mind that not all of the soldiers were heroes. Without pay or supplies, many left and went home. One of Washington’s biggest challenges was keeping an army together.

There are a myriad of resources for the genealogist seeking to research the Revolutionary War. George Washington’s papers have been published. The Library of Congress and the National Archives are good sources of information. The David Library of the American Revolution has a treasured amount of resources. A number of organizations, including the Daughters of the American Revolution and the Sons of the American Revolution, have websites. Both Pennsylvania and New Jersey have state historical parks on either side of the site.  The site called Washington Crossing Park on the New Jersey side has a free reenactment event annually on Christmas Day. This year’s event begins at 1PM and is open to the public.

Finding information on these historic American events will often require a genealogist to do some digging. Records for the Continental Army and state militias are located in different places. The documentation a researcher finds may not seemingly match with family lore.

A genealogist from RecordClick will research your Revolutionary War ancestors. We will develop a research strategy and plan of action for finding information—and the essence of your ancestor’s life– for you. A RecordClick genealogist will explain the documents and what they mean.