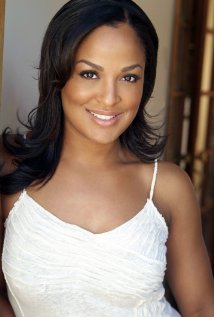 African American genealogy has moved to a new level with DNA testing and genetic genealogy.
Boxer Laila Ali not only has her father Muhammad Ali’s DNA and athletic prowess, she also has his
long genealogical legacy in her picture. It is one that extends back to the American Revolution.

This genealogy researcher is celebrating the December birthday of Laila Ali. As you can easily see from the internet and media world, Laila Amaria Ali was born on December 30, 1977. A genealogist may already know that she has done her time in the ring, been through the wringer, and grabbed at the brass ring. Is it in her DNA as the daughter of the legendary pugilist Muhammad Ali?

Sure, she has inherited athleticism, tenacity, and charisma. There is also the part that doesn’t always show up on her website or TV interviews. That’s her inheritance of a family history that, as a genealogy researcher can see, goes back to the founders of America. 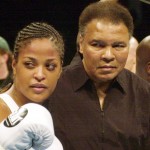 The boxer and his daughter have inherited a legacy that goes back to the American Revolution.

With this heritage, the genealogy researcher will know that the daughter of Muhammad Ali (b. Cassius Marcellus Clay, Jr.) is eligible for membership in the NSDAR (also known as the DAR).

Whether she is interested in becoming a part of the organization whose tenants are built on Judeo-Christian principles would be an issue for her to decide. This genealogy researcher is not clear on her current religious holdings. However, based on her father’s conversion to the Muslim religion decades ago, it may be that she, too, is a follower of the Muslim religion. As an African-American with slaves in her family history, she may be hesitant to be part of an organization that is made up of descendants of slaveholders.

However, “genetic genealogy” through DNA testing has helped an increasing number of African Americans prove what they’ve known for centuries: DNA links to white ancestors. It is a challenging legacy that many African Americans are coming to terms with. The complicated, painful legacies of the descendants of slaves who regularly bore children of rape by white men or masters has not been easy to accept. Today, many are slowly coming to acknowledge these tragic histories.

The genealogy researcher will find that over the past decade, programs such as the RecordClick genetic genealogy option through DNA testing are giving the public a palpable way to access proof of this combined ancestry. And so, more and more people have been able to do their family history research in a deeper way. As the genealogy researcher knows, uncovering difficult information in one’s ancestry takes time to process, assimilate and accept.

With this influx of genealogy research in the African American community,  the NSDAR has been moving into a new period in its history.

For membership in the NSDAR, one must express interest in becoming a member of the 177,000 women strong group who has been honoring their revolutionary ancestors and promotes historic preservation, education and patriotism in their communities for over 125 years.

The local NSDAR Chapter may invite the prospect to a meeting, but Chapters do not actively recruit or ask. According to the NSDAR website, members “are vibrant, active women who are passionate about community service, preserving history, educating children, as well as honoring and supporting those who serve our nation.”

Near Ali’s Woodland, California home, these are the chapters whose meetings she may be invited to visit:

This genealogy researcher wonders if Laila Ali would be interested. It is most certainly an important part of her family heritage and one that, while painful, formally combines the world of America’s African-American families with America’s founders.

A RecordClick genealogy researcher will help you locate your ancestors, whether they go back to Africa, the American Revolution or to any country in the world. Our professional genealogists document the legacy of families for you.