It is well known that Sophia Loren was born out of wedlock. This impacted her family history profoundly. For the genealogy researcher,
when there is a missing marriage certificate or no listed father or other unusual blips in the research, what does one do?

When a brief search by the family history researcher turns up a missing link, as with singer and Broadway actress Idina Menzel, what does the genealogy researcher do?

In Idina Menzel’s case, a RecordClick genealogy researcher found her parents easily. Then, our genealogist quickly located three out of four grandparents in public records. But the story with that forth grandparent isn’t so clear.

There is no marriage record immediately found for Idina Menzel’s maternal grandparents. Is this a case of illegitimacy? Missing records? A family secret? What does the genealogy researcher do? 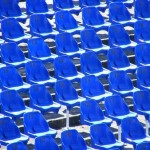 Is it a missing family member? An illegitimacy? The genealogist will find the answer.

The genealogy researcher often becomes the family detective and has to search deeper into the census records, the local property records, the birth records and more. OR the genealogy researcher could do a direct in-person interview to see if the missing link is an open secret or has an easy explanation well known in the family circle. For a genealogist, there is definitely more research to be done on the family of Idina Menzel. It will be interesting to find that missing link! The bet of RecordClick’s professional genealogists is that with the singer’s current high profile stature, it won’t be long for these questions to be answered publicly.

Questions answered publicly about actress Sophia Loren’s missing father happened long ago. With Sophia Loren, born Sofia Villani Scicolone, celebrating her 80th birthday this year, the public spotlight on her humble beginnings is nothing new. A genealogy researcher will be able to find tons of material on Sophia Loren. The family history researcher will find quickly that her sister was married to Mussolini’s son. And the genealogist will immediately turn up the details of long-beloved Sophia’s difficult, improverished childhood.

For the genealogy researcher, Sophia Loren is an easy ancestry search even without a formal father. Why? Because her father was known.

In published interviews, she has said she met him, Riccardo Scicolone, only six times him her life. She also said that he caused extreme pain to her mother, her sister and herself. For the genealogy researcher, this ancestry search is an easy one because of the subject’s high profile. Published interviews, open discussion, and clear records are the stuff a genealogy researcher craves.

Published reports tell how her father, Riccardo Scicolone had seduced her mother after meeting on the street in Rome. He was a married engineer and her mother, Romilda Villani was a piano teacher and an aspiring actress, who, it has been reported, was often mistaken for Greta Garbo. Villani became pregnant immediately. Scicolone refused to divorce his wife. The child, Sofia, was born in a charity ward for unwed mothers in Rome. Villani moved back to her home town, Pozzuoli, outside of Naples. She then had a second child with Scicolone but he refused to allow the mother to use his name for this second child. This had financial consequences for the mother as well as social consequences for the offspring.

Many years later, Sophia Loren paid to end her sister’s shame and legally acquired the father’s last name for her. It was that important to them.

In a high profile situation like this, the movie star has been open about her early life without a legitimate father. In that era, the 1930s, illegitimacy was socially unaccepted, especially in a country such as Italy where many are Catholic.

Church records, census records, legal records will all be helpful for the genealogy researcher who is looking for information on an absent or unknown father in the early part of the 1900s. At that time, in some countries, there were court records when families sued for child support citing loss of virtue. There were also medical record notes from interrogations of unmarried women in labor. When there was criminal activity such as a rape, local newspapers may have reported a crime 9-10 months before a child’s birth.

A genealogist may also look at local photos to find similarities, unusual first names in the family that may reflect the father’s name, and the financial records of a family member who bore a child out of wedlock. Sometimes, a father would secretly set up the mother in a new home with income.

When it comes to illegitimacy, the genealogy researcher has to be creative and diligent. It can be a complicated search when the person is not a high profile star. But it can be done. And it can be freeing for the family that has had questions and secrets for generations.

A genealogy researcher at RecordClick will handle the deepest research to find the most hidden family information. This is what we do and we know how to do it. If you are wondering about your family history and want answers, contact us.