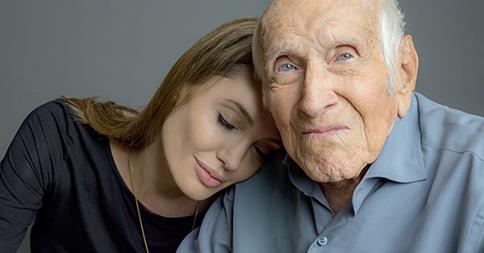 Heroes make good movies. This RecordClick genealogist enjoys watching the strength and perseverance of an individual with the odds stacked against him. Unbroken, the story of World War II hero Louis Zamperini, is a new film directed by Angelina Jolie that is coming out this Christmas. It tells the tale of a young man from an Italian immigrant family who joins the U.S. military, is shot down over the Pacific and survives only to become a Japanese Prisoner of War. His ability to overcome the obstacles and return safely home shows his great personal fortitude and an element of luck. For this genealogist, it is Zamperini’s strong sense of family and their attributes that also played a role in his survival.

Louis Zamperini was born on January 26, 1917 in Olean, Cattagaugus County, New York. He came from humble beginnings as the second son of Italian immigrant Anthony Zamperini and Louise Dossi. Anthony and Louise worked to better their lives. Here is where this genealogist will begin.

Anthony was born in Verona, in the northeastern part of Italy in 1889. He was not the first member of his family to immigrate to the United States. The 1900 U.S. Census, enumerated June 30, finds Frank, John and Angelo Zamperini boarding in Elk County, Pennsylvania:

This genealogist now asks: What was going on in Italy? Could any of these individuals be related to Anthony Zamperini?

The genealogist needs always to figure out few key things. First, we need to get a sense of who the family members are–in a number of generations. Then, the family history researcher should seek to understand the history of a place and research what was going on at a specific time. All of these key informational items provide a fuller picture of our ancestors and the context of their lives.

Before 1860, there was no centralized government in Italy. The country was made up of a large number of city-states, including The Vatican. In 1861, this situation changed and Italy was unified. Rome became the central seat of the government. The effect of this governmental restructuring included increased poverty rates which cased an estimated 16 million people to leave the country for better lives elsewhere. This situation remained until the rise of Italian Fascism during the 1920s.

It was during this time that the Zamperinis began making their way to the United States. Frank seems to be one of the first to have arrived in the new world. Additional genealogy research should be done to be validate that Frank, John and Angelo are brothers. The genealogist will want to do this verification because Frank plays an additional role in this story.

This genealogist has found that by 1910, Frank has married. He is living in Indiana County, Pennsylvania and working as a coal miner. The household consisted of:

Antonio is the only individual found by this genealogist who fits the description of Louis Zamperini’s father Anthony. Although Anthony’s date of immigration isn’t listed in the 1910 U.S. Census, his age and place of birth match. According to Ellis Island records, he arrived at age 14 on March 11, 1903 aboard the Finland. With him was Margh… Zamperini, a 23 year old single female.

Frank welcomed his brother Antonio, now called Anthony in America, into the household to get established in this country.

Between 1910 and 1915 Anthony married and moved to New York. According to the 1915 New York State Census, the family was living in Dunkirk, Chautauqua County. The household consisted of:

The New York State Census did not list relationships. A family historian might try to determine what role the Gresolis played in the household. By the 1920 U.S. Census the Zamperini family had moved again and added two children. The family was living in Olean, Cattaraugus County, New York and Anthony was no longer involved in the coal industry:

Following collateral lines, such as the brothers of Anthony or his niece, Ida Parisi, will give the genealogy researcher more insight into the family and serve to check that the information is correct. 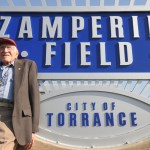 Although most of the Zamperinis stayed in Pennsylvania, Anthony and Louise chose to move their family to California in the early 1920s. By the 1930 U.S. Census, they were settled into a home in Torrance and, with the birth of Virginia in September 1923 in California, the family was complete.

Anthony proved to be adept at making things work. In 1930, he was an electrician for the electric railway and, in 1940, he was an air brake mechanic for the railway. Some of the skills could have rubbed off on Louis. The family:

One other item of note that this genealogist discovered as I worked with the Zamperini family is that many members lived well into their 80s and 90s. It is always helpful for a genealogist to note family traits and trends that may provide additional insight into a family’s history.

Some families have heroes. Some have individuals who overcome personal hardships with important stories to tell. All families have purpose and are a part of the fabric of life. If you want to find out more about the history of your family, contact us where a professional genealogist will research your special family history. We are a mouse click away.