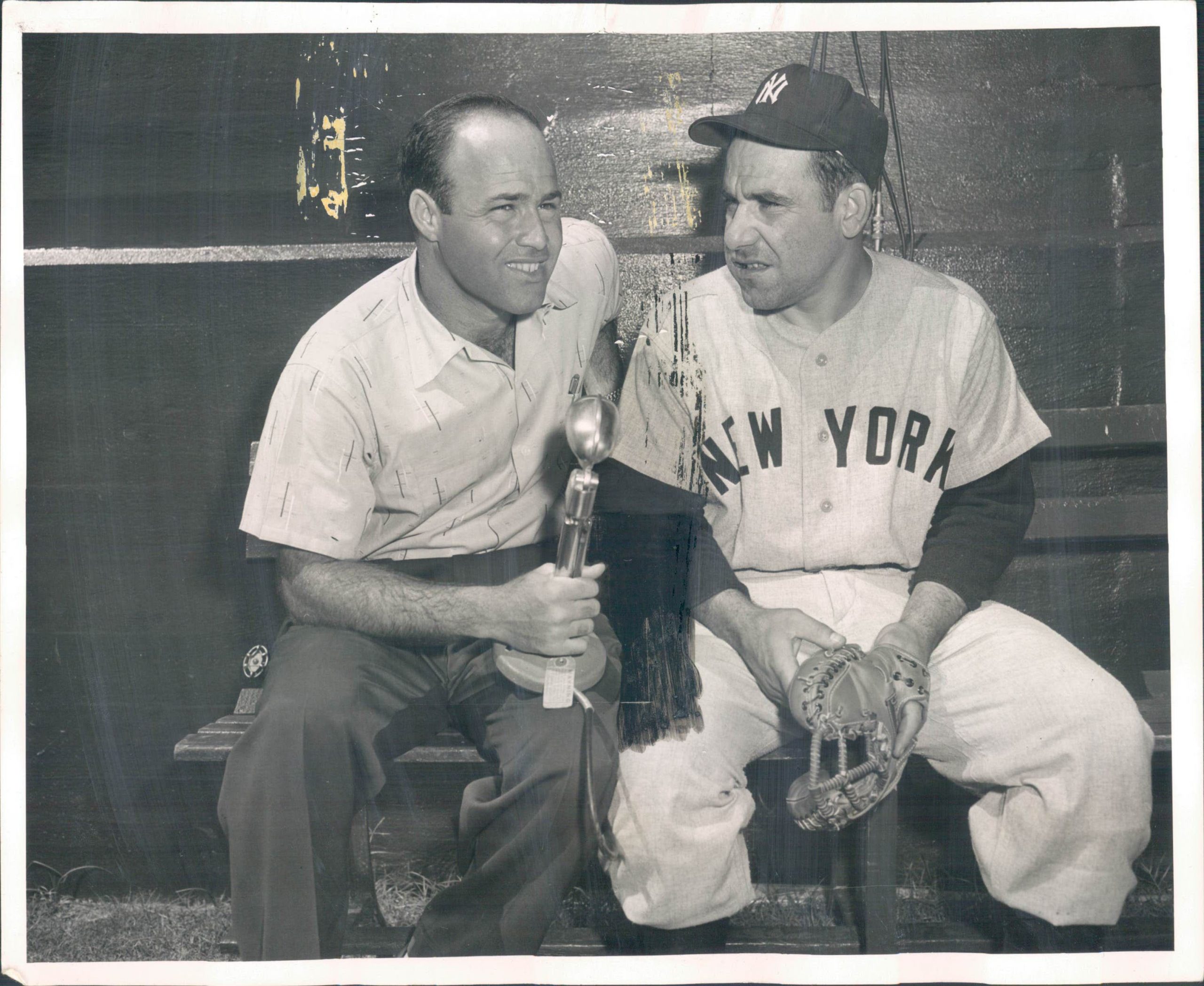 When the genealogy researcher looks at census records, there are always surprises in the lines around the family you are discovering. Take Yogi Berra and Joe Garagiola. Our RecordClick genealogy researcher Joan Shurtliff has found some home runs in the details of their somewhat parallel lives.

This RecordClick genealogy maven grew up watching the likes of Mickey Mantle and Sandy Koufax hitting and pitching on sunny Saturdays. It was in the afternoon and, for our family, it was on the small, black and white television screen. It seemed to this genealogist as if the Yankees or the Dodgers or the Cardinals were almost always in the thick of things when it came to the pennant race.

Two of my favorite players were Yogi Berra and Joe Garagiola. Both were – and are – genuinely good guys. Both were talkers, but in entirely different ways. Yogi became famous for his way with words. Joe could describe the game and players for as long as needed. These guys weren’t handsome. Joe’s been bald forever. Yogi always has had his less than perfect, but honest, grin. But they are Greats and both have called St. Louis home.

So, tell me, what does this have to do with genealogy? This is how: It’s all in the neighborhood.

Yogi and Joe were neighbors.  Yes, that genealogy and baseball fans, is a fact.

Yogi, properly known at Lawrence Peter Berra, along with his parents, Pete and Pauline, and siblings lived at 5447 Elizabeth in St. Louis. Joe’s family, parents John and Angeline and brother Martin, lived across the street at 5446 Elizabeth. The neighborhood was Italian and both sets of parents had immigrated to the United States in the early 1900s. But there is more:

Frequently, a genealogist may get caught up in specific family details and over look that family’s neighbors and neighborhood.  This professional genealogist feels strongly that when researching family history, we genealogists must be checking the neighbors when working with the census. The Garagiolas were across the street neighbors of the Berras—but, genealogists note please, they were listed a couple of pages away in the census.

What was the neighborhood of Yogi Berra and Joe Garagiola like at that time? The vast majority of residents were Italian. A good number of the families owned their homes which were often valued between $2,000 and $4,000 in 1930. A fair number of the male heads of household were employed in the brick, clay mining or terra cotta industries. There were also working in other businesses as bakers, milliners, cooks, grocery store clerks.  A couple of parks, including what is now the Missouri Botanical Gardens, were just a few blocks away. Also, a few blocks away was the insane asylum or what is now called the Saint Louis State Hospital. It all added up to a solid, middle class neighborhood for the time. And as Yogi might say, it was a good place to be from if you were from there.

With a talent for baseball, Yogi and Joe took similar paths out of the neighborhood, away from St. Louis. The better player in the long run, ended up being Yogi, whose career spanned 19 seasons from 1946 to 1965 capped with election to the Baseball Hall of Fame in 1972. Joe also made his major league debut in 1946. His career lasted nine seasons in the majors and then he moved into a career in broadcasting. 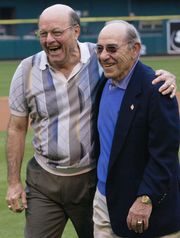 Recently Yogi Berra celebrated his 90th birthday. In a few months’ time, Joe will be celebrating his as well. For the family historian, it’s a home run story for families and friends who have so many connections. Best wishes from this genealogist to both baseball stars.

The professional genealogists at RecordClick will hit a grand slam with your family details. We will explore where your ancestors lived, what they did and find new information for you.