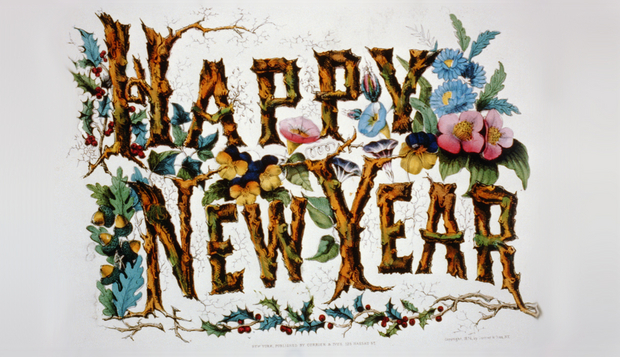 Christmas is over and everyone has gone home. New Year’s Eve is just about here and what comes to mind?
Auld Lang Syne, right? Scottish Poet Robert Burns came to the mind of our RecordClick genealogist Joan Shurtliff
and she explores his very enduring ways with words…and women.

New Year’s Eve is this week and Auld Lang Syne started going through the thoughts of this RecordClick genealogist:

The words were written by Scottish poet and national treasure, Robert Burns, in 1788 and set to a traditional folk tune. This genealogist began wondering, just who was Robert Burns?

As I began to search, I quickly realized that, although Robert Burns waxed poetic, he didn’t spend a lot of time here dwelling in the past even though these famous words mean “times gone by.”

Burns, was from humble beginnings. His father, William, was a farmer and the family relocated on a fairly regular basis. Even with limited formal schooling, the younger Burns took an interest in language and began composing verse in 1783. After his father died in 1784, poet Burns’ life took a number of turns that provide interesting material for the genealogist. It seems that, among other things, our poet liked the ladies and knew how to indulge them. And it was these ladies who inspired a good deal of his poetry.

So far, other than the birth of multiples, there isn’t anything terribly unusual for the genealogist to add up, is there?

Well…Burns was a prolific writer of letters in addition to his poetry. In his letters, he reveals a fondness for ladies who were in need. After he began to find an audience for his poetry, he spent time in Edinburgh as well as Mossgiel. Here is a timeline of some of the ladies who received his attention:

If the genealogist has been counting, Robert Burns had three daughters named Elizabeth and two sons named Robert. The second Elizabeth was born in 1791 within a couple of weeks of the birth of his child William Nichol. So much for a traditional family.

The best website this genealogist has found for information about Robert Burns is “Burns County” at www.robertburns.org. The genealogy researcher may also want to explore the Burns Encyclopedia.

This New Year’s Eve, genealogists, raise your glasses, toast to Auld Lang Syne and to Robbie Burns. Remember the past and “times gone by”, but look to the future.

A RecordClick professional genealogist will help you remember your past–and find your family tree and ancestry records. We have genealogy researchers in Great Britain—and everywhere–who know the ins and outs of document searches and understand the multiplicity of record keeping systems.