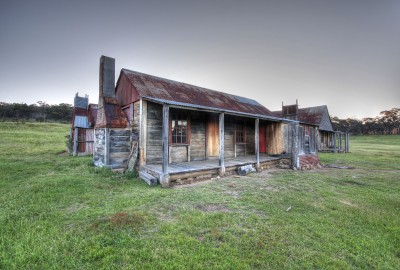 Genealogists are a lot like modern-day homesteading settlers — except that homesteaders looked ahead, and we genealogist look to the past. Lineage researchers set out on an unknown trek to find answers and achieve goals in researching their Family Tree. If they hit a rock in the road, they either move it or go around. Nothing stops them from crossing the great divide — for our ancestors, it was hundreds and thousands of miles, for genealogists, it is hundreds and thousands of memories, names, locations, and faces. Our prairie schooners are censuses, land deeds, property records, birth/death/marriage certificates, and now. . .genealogy DNA genetic testing. Wagons Ho!

Picture a covered wagon with wheels lumbering across the prairie, grass bending in the gentle spring breeze, and the sun warming the earth. The passengers in these prairie schooners dreamed of making this untamed land their own, knowing that there would be hardships and hard times, but they held on to the belief that they would succeed.

For the most part, that’s the way we think of the homesteaders making their way out to a parcel of land they hope to call their own. Did it really happen that way? Not so much. Settling the west was a business – a very big business. Although pioneers crossed the Great Plains in the 1840s and 1850s heading to Oregon, Utah, and points west, a few did stay and begin setting up housekeeping in the 1850s and 1860s in Kansas, Nebraska, South Dakota, and North Dakota. The big land rush began, however, in the late 1860s and early 1870s.

The roots of the rush were the result of two major pieces of legislation passed during the Civil War. The first was the Homestead Act of 1862, which was passed on May 20, 1862. Following closely behind was the Pacific Railway Act enacted on July 1, 1862. In order to settle the land more quickly, people needed to get to the land easily. A railroad could cut the time from months to days, and the only wagon needed was from the station to the land. A timeline might help:

While the transcontinental railroad was being planned and constructed, surveyors began their job of surveying the lands to be homesteaded using the Public Land Survey System (PLSS).

Conceived with the help of Thomas Jefferson, the PLSS made describing a parcel of land more orderly than the metes and bounds system used in the Colonies. Sections, Townships, and Ranges replaced links, chains, rocks and slashes in trees. A section is a square mile – 640 acres. A legal township is usually 36 sections in a six-by-six square. Range is used in conjunction with townships to identify land east or west of a principal meridian.

Homesteading was a rather simple process — on paper anyway. It took five years, following these steps:

1. File an intention to homestead at the nearest land office.
2. A check for previous ownership claims was made for the plot in question – usually described by survey coordinates.
3. The prospective homesteader – the head of a household or individual at least 21 years of age – paid a filing fee of $10 to claim land temporarily, and a $2 commission to the land agent.
4. The homesteading process began. It included: living on the land, building a home, and making improvements.
5. When the requirements were completed, the homesteader got two neighbors to vouch for the improvements.
6. After the completion of the final form and payment of a $6 fee, the homesteader received the patent for the land.

There is more to the story, however.

The major goal of the transcontinental railroad was to be built and start carrying people and goods east and west. While the railroad was the fastest and easiest transportation available, the next step was to make the trains more accessible. Towns and stations started to pop up along the route. Later, numerous railroad companies were formed taking advantage of the situation by building branches to other areas. Early communities lobbied the railroad to come their way. Gambles were made on whether to plat and start a town, hoping a railroad would come to it. More than one town withered and died because the railroad took a different route than first indicated. Other towns upped and moved – if the railroad wasn’t going to come to them, then they would go to the railroad. Many entrepreneurs waited until the railroad was built and then founded a town.

Then, as now, advertising was used as a method of luring people into the unknown and separating them from their money. Railroad representatives even visited Europe hoping to entice immigrants to America. Many people were skeptical, however. There was the financial investment of moving and an even bigger gamble if the land turned out not to be productive.

Some households went West sight unseen, went to the land office and claimed whatever plot looked best in the desired area. Many families sent a representative ahead who made contact with the land agent, located a suitable plot of land and began the application process. Word would be sent back to the family, the decision made, and the move commenced. When the family arrived, the representative would relinquish his claim to a family member, and homesteading began in earnest.

One of my g-g-g-grandfathers, at the age of 64, decided to move from Ohio to Nebraska to homestead. Other of his family members homesteaded in the same locale, including three daughters, their spouses, as well as their children and their families. Additional extended family members also relocated to the area. There was a support group, and most settlers realized — whether it was family, nationality, or religion — having people in the neighborhood with a cultural commonality that could be relied upon helped make a difficult situation easier.

Relocation meant houses had to be built. Most homestead houses were small, 12×14 feet or so. There were wells to be dug, barns and graineries to be built, trees to be cleared, and sod to be turned. It was all done with no guarantee of success. As time went on, buildings were enlarged or replaced but the beginnings were humble.

Some homesteaders succeeded; others did not. Some viewed the land as an investment and stayed on the land. Others saw it as a means to a different end, proving up, selling the land and using the profit for another venture.

According to the Homestead National Monument website (see below for link), when all was said and done, 1.6 million people claimed 270 million acres of land. Kansas had almost 90,000 homesteads; Nebraska more than 104,000; South Dakota 97,000 and North Dakota 118,000. There were homesteads in 30 states before the Homestead Act of 1862 was repealed in 1976. It is estimated that 93 million people now living can trace their ancestry back to a homesteader.

For genealogists and family researchers working on your family tree, I am including some helpful resources to aid you in your study of the homesteading era.

Few signs of the homesteaders remain. Square fields and pastures attest to their labor. Trees planted to shade long gone houses still dot the landscape. Some enlarged houses, barns, and farmsteads do survive. Mementos can be found in local museums. More importantly perhaps are the memories and stories of the people who took chances, and by so doing, managed to change a country.

Where you are lucky is . . . if you hit a stumbling block in your lineage research trek, you can always contact a Record Click genealogy expert to help you past that rock in the research road.