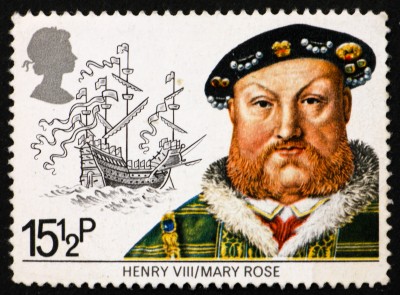 Allison Plowden said, “The laws of genetics apply even if you refuse to learn them.” Clearly the late English historian and biographer, known for her popular non-fiction about women of the Tudor period, recognized that genetic terminology is a foreign language to many of us. Given that genetics is the basis of all living organisms, I have put together a primer to help you understand the terms a little better.

Allison Plowden said, “The laws of genetics apply even if you refuse to learn them.” Clearly the late English historian and biographer, known for her popular non-fiction about women of the Tudor period, recognized that genetic terminology is a foreign language to many of us. Given genetics is the basis of all living organisms, I have put together a primer to help you understand the terms a little better.

Think of DNA (deoxyribonucleic acid) as a human blueprint, because it holds the code for all genetic information. As early as 1952, the Hershey-Chase experiment showed that DNA is the molecule responsible for inheritance. The twisted ladder we have come to equate with DNA was discovered 1953 when James D. Watson and Francis Crick determined the structure of DNA, using X-ray crystallography.

DNA has the appearance of a double-helix model, which looks like a twisted ladder, comprising two strands (the legs of the ladder) of DNA with nucleotides (a basic building block of DNA) pointing inward, each matching a complementary nucleotide on the other strand. A string of chemicals, or bases, form the “rungs” of the twisted ladder. The strands are made of sugar and phosphate molecules, while the bases are made of chemicals containing nitrogen.

Human DNA with its genetic information is packaged within 23 pairs of chromosomes — 22 of those pairs are known as autosomes. Autosomal DNA (preferred by genealogists) refers to the genetic material that is inherited from both parents, including random contributions from their parents, grandparents, and so on. Your autosomes essentially contain a complete genetic record. The 23rd chromosome is different from the autosomes because it consists of the chromosomes that determine sex, those being the X- and Y- chromosome. Females have two “X” chromosomes, while males have one “X” and one “Y” chromosome. The Y-chromosome is transmitted from fathers to sons only, and it has unique features that make it quite useful to genealogists.

Genes are segments of DNA that carry the physical and inheritable characteristics of an organism. Humans have many thousands of genes spaced across the entire set of DNA. A gene is a specific sequence of DNA on a single chromosome that encodes a particular product. Genome refers to the entire set of genetic information across every one of the 23 chromosome pairs, including all genes, as well as gene-modifying sequences, and everything in between.

Genetics refers to the study of genes and their roles in inheritance, i.e., the way that certain traits or conditions are passed from one generation to another. Genomics, an even newer study than genetics, describes the study of all of a person’s genes (the genome). Genomics is a gateway to the scientific study of complex genetic diseases, which is giving way to new possibilities for diagnostic methods and therapies for these diseases.

Through genetic testing, your haplogroup — a group of similar genetic types that share a common ancestor — can be determined. How this is possible is based on the fact that historically, all of the great human migrations involved large groups of people who split into smaller groups and went their separate to colonize the world. Each one of us belongs to a haplogroup; these haplogroups have been mapped to show the migration routes over many thousands of years.

Genetic DNA testing is amazingly simple. It requires a buccal smear, which is nothing more than a swab of the inside of your cheek to gather DNA material. To see what is contained in the DNA testing kit, as well as a video of how to take the test, please see DNA Test Kit and Instructions.

To arrange for a free consult, or to hire a genetic genealogist for an expert DNA genealogy analysis, contact us.