“An important message in this journey is that we’re all linked.” ~ Michelle Obama

American Tapestry — The Story of the Black, White, and Multiracial Ancestors of Michelle Obama — is not specifically a story about the ancestors of the First Lady. The subject matter cuts a wider swath than that. It is a story about understanding a particular aspect of slavery in the U.S. by visiting the subject through the interpersonal relationships among slaves and their owners. Based on two years of research, as well as DNA testing, Rachel Swarns created possible and even probable scenarios for Michelle Obama’s ancestors. In many cases, this is the only kind of information many descendants will ever have about their ancestors who were slaves.

I really didn’t expect much when I decided to read American Tapestry – The Story of the Black, White, and Multiracial Ancestors of Michelle Obama. Knowing that the author Rachel Swarns is a New York Times reporter and not a professional genealogist, I didn’t have much faith in her ability to bring specifics to a subject that is scantily supported by essential data. Having read the book, however, I can actually say I am impressed by the way the author tells the story by citing documented historical facts, as well as using DNA testing results, to bolster the very few genealogical specifics available on Michelle Obama’s ancestors. Ms. Swarns is no genealogist, but she is a good writer, capable of taking raw statistics and historical research and creating a story that helps people understand the very complex relationships between whites and blacks during the volatile years of slavery – and even to present day.

Where the book falls short is in its extended title – The Story of the Black, White, and Multiracial Ancestors of Michelle Obama – because it is not specifically a story about the ancestors of the First Lady. The subject matter cuts a wider swath than that. It is a story about understanding a particular aspect of slavery in the U.S. by visiting the subject through the interpersonal relationships among slaves and their owners. These stories were culled from slave narratives; military records; newspaper advertisements; Freedmen’s Bureau records; and estate inventories and wills penned by the slave owners, who sometimes picked a “favorite” slave to receive property, be cared for, or to receive freedom. Rachel Swarns took these accounts and created possible and even probable scenarios for Michelle Obama’s ancestors. In many cases, this is the only kind of information many descendants will ever have about their ancestors who were slaves.

The reason why information about slaves is so scarce is because many owners thought of their slaves as property, not people, so they weren’t referred to or written about in a personal sense. Also, slaves were not taught to read or write, so they were unable to keep written accounts of their lives. They weren’t allowed to marry, so there were no marriage certificates. Much of the documentation that was available, was destroyed, damaged, or lost during to the Civil War.

Ms. Swarns didn’t just pull her supporting information out of thin air; she claims to have spent two years researching the paper trail across seven states and a dozen cities. The “Notes” and “Bibliography” sections of the book are loaded with documented references. The author also makes it very apparent in her writing that she is presenting a general reality based on documented historical facts. She is always careful to make it clear that she is describing the situation of the day, not necessarily the specific situation of the First Lady’s ancestors. American Tapestry gives a glimpse of what it MIGHT have been like for Michelle Obama’s ancestors, as well as others who were held in servitude.

As I read online postings about the book, I am surprised at the angry reaction by many of those commenting (most of whom have clearly not read the book) that “junk” DNA testing was used to prove that Mrs. Obama has white ancestry. Her mother’s maiden name is “Shields,” and it is Henry Shields (actually his son Charles), a white slave owner in South Carolina, from whom Michelle Obama’s maternal side is descended. A number of white and black ancestors of the Shields family were tested, and the results all point to Charles Shields as the patriarch of the black line of Shields.

The DNA tests were conducted by Houston-based Family Tree DNA (FTDNA), with which Record Click has a partnership for ordering DNA Testing Kits. FTDNA has been made famous by its use on the popular reality genealogy programs Finding Your Roots and Who Do You Think You Are? It is important to note, the author of American Tapestry never touts genealogy DNA testing over hard-line research and documentation. Given there are so few documented facts available to map Mrs. Obama’s ancestry, genealogy DNA testing was used to discover more information about the Shields’ side of her family.

It is important for those who view DNA testing as “junk,” to realize that DNA testing can and will indicate whether a person is related to another person genetically, even if they are separated by many generations. If it did not, then our criminal investigation agencies and our legal system, which use DNA testing for paternity cases, forensics, immigration issues, adoption questions, etc., wouldn’t have a legal leg to stand on. DNA is accurate, it is not junk. It is not for all cases, it is not meant to replace lineage research and documentation, but it can certainly offer a great deal of information regarding familial relationships, genetic diseases, and ethnicity, etc.

If you are looking for a documented history of the First Lady’s ancestry, this book is not for you. If you are interested in reading about a different aspect of slavery – interpersonal relationships between slaves and between slaves and owners – this book will be of interest to you. For those of you who are conducting lineage research for your ancestors of African descent, I definitely recommend that you look through the “Notes” and “Bibliography” sections at the back of the book to see some of the resources that were used to discover African American history and genealogy.

Keep an open mind to DNA testing, knowing that it is yet another tool in the genealogist’s toolbox of resources. If you would like to speak to a genealogist about the best DNA test for you, please contact us.

The legacy of Representative John R. Lewis, D-Georgia, shows that a genealogist must always go...

Guitarist B.B. King has an interesting family history. With census records, our RecordClick... 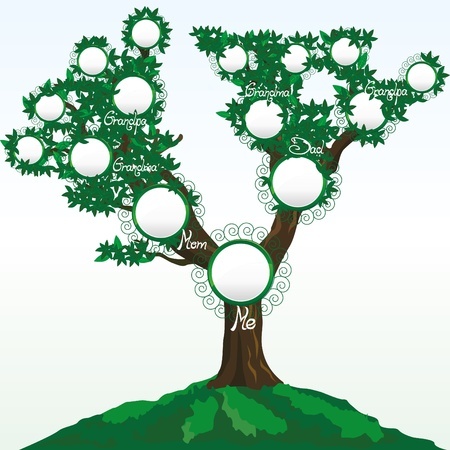 Family trees and lineage charts are what the genealogy researcher does. Now, with the aide of...