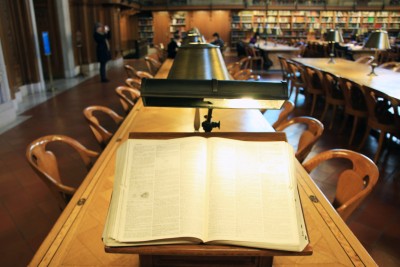 When I was a kid, if I lost something, I would work very hard to find it. More often than not, the missing item was outside – usually somewhere in the shrubbery next to the house. It was kind of fun to go in search of the illusive object, because it meant crawling around underneath branches and brushwood looking and searching. We were careful to avoid the rose bushes! We described our forays into the underbrush as “beating the bushes.” Genealogical research often requires beating the bushes – in other words, we have to be willing to look for illusive answers in other than normal places. It can be fun and it can be exasperating. Join me while I beat the bushes to find great genealogical research resources in New York State.

When a New York genealogist really wants to find an answer, they will not hesitate to beat the bushes to find the best genealogical ancestry resource for their needs. What is a bit overwhelming is the amount of underbrush a genealogical researcher has to cut through to find a wellspring of genealogy research information.

I am in awe at the amount of information that is available to genealogical researchers, thanks to advanced technology. It’s amazing that the 1940 U.S. Census was available for viewing in less than six months. The number of websites dedicated to genealogical research and genealogy ancestry services is growing daily, with amateur and professional genealogists and ancestry researchers launching their own webpages and taking on a small corner of the genealogy world.

I also know that as expansive as the Internet is, it can never post every possible resource. One extremely valuable resource to genealogical researchers is local newspapers. I wrote a recent blog titled New York Genealogy: You Can Get the Scoop Using Local Newspapers about using New York newspapers, in particular, as a genealogy research resource. Many newspapers are available online, but there are many more that are not.

The New York Public Library has more than 300 different titles for newspapers that have been published in New York City alone. You can find a lot of information in newspapers, but it takes a great deal of time and perseverance to weed through all the reams of newsprint – you’re going to have to shake the bushes a lot, and then beat, brush, and shake them again.

The Internet is an excellent place for genealogical researchers to begin tracing their family history. But if you use this method, be prepared to dig even deeper, whether it is in New York State or another locale.

Two of the best general genealogical resources include the New York State Archives and the New York Public Library.

The New York State Archives has a plethora of records, with some dating back to Colonial times.

The Probate Pathfinder discusses how the probate process works, what probate records are available, and the information they can provide. It seems that 1787 is a defining date for probate records in New York State. More than likely, genealogists will find early probate records at the Archives, while later records are usually kept in county courthouses.

The New York State Archives has many state newspapers on microfilm and has identified where copies of other newspapers can be found.

Indexes at the Archives also include Auditor Certificates Submitted by Disabled Revolutionary War Veterans Claiming Pensions, as well as Attica Correctional Facility inmate case files. Additionally, it has a variety of military records, including an online Civil War database.

The New York Public Library (NYPL) is an amazing facility serving a city with a large, diverse population. Among the areas that might be of interest to genealogical researchers include:

There are other genealogical and historical resources in New York. Ethnic and municipal groups include:

Many families – from those living in Colonial times to Ellis Island immigrants – have touched and been touched by New York State. Some genealogical ancestry resources are easy to tap, while other resources involve more exploring and investigating. Maybe you don’t need to beat the bushes, but if you shake the branches and peak underneath the genealogy research shrubbery, you just might just find that illusive clue that will lead you to the answer for which you are searching.

For those more difficult genealogy projects, RecordClick’s professional genealogy ancestry services are available to you. RecordClick’s genealogical researchers know where to find the information you need, as well as how to access the documents quickly and efficiently. They can help you create a research strategy, and assist you in finding and identifying that illusive ancestor in your family tree.