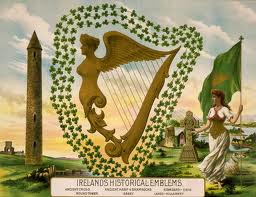 My sister has a great saying, “It’s never as good as you think it will be, and it is never as bad.” Well, the same can be said about Irish genealogy research, “It’s never as easy as you think it will be, and it’s never as difficult.” Whether your goal is to trace your Irish ancestry and map your Irish genealogy; obtain dual Irish-American citizenship based on jus sanguinis (law by blood), or you crave a Certificate of Irish Heritage, your ability to research your Irish ancestry is now easier than ever. Some genealogical researchers would love to scare you witless about delving into your Irish genealogy. Record Click would like you to know that you can definitely make substantial headway on researching your Irish family tree – with or without genealogical services. Here’s how. . .

Each genealogical researcher who is looking to trace his/her Irish ancestry is doing so for many different reasons – some personal, others legal. Some genealogical researchers want to find out who their g-g-g-grandmother was, others are interested in dual citizenship based on jus sanguinis, while others want to lay claim officially to all of the trappings befitting a true Irishman: the culture, the heritage, and the traditions of dancing, singing, story-telling, drinking, and fighting. The last two you can claim on St. Patrick’s Day whether you are of Irish descent or not, because we all know: On St. Patrick’s Day, EVERYBODY IS IRISH. However, if you want to be officially of Irish descent the other 364 days in the year, I have some ancestry research resources to share with you.

What you need to understand first and foremost is that you are by no means alone in your Irish genealogy search. There are a lot of descendants of the Irish Diaspora – the exodus of the Irish from their country during the 19th Century. In fact, between 1800 and 1900, almost 8 million people left Ireland in search of a better life in North America (U.S. and Canada). The largest group of emigrants, estimated at almost 2 million, left between 1841 and 1860 at the height of the Great Famine. By 1870 Americans of Irish descent numbered more than 33% of the U.S. population – representing the largest number of foreign-born emigrants; Germany was a close second, representing 30%.

If you are a novice genealogical researcher, take a moment to peruse the Public Record Office of Northern Ireland (PRONI) website for its excellent online exhibition on Irish emigration to North America in the 19th Century. This site gives you a glimpse of what your forefathers and foremothers went through in order to guarantee a better life for their families AND descendants.

Once you have scoured the PRONI website, you owe it to yourself to access a truly awesome Irish genealogy website – I just discovered it myself – Irish Genealogy Toolkit. This site weaves its Irish magic and seduces you into reading every topic listed on its sidebar. This is, in my opinion, a pot of gold at the end of the rainbow. It’s a great place for genealogical researchers to find out the latest and greatest genealogy resources available today and where to find them, including but not limited to, census records, forms and charts, free family tree templates, civil registration, church records, societies and groups, Irish prison registers, burial records, land and property records, maps, and software. Additionally, the site has an Irish Genealogy News Blog, and a section dedicated to Irish Heritage (holidays, recipes, names, symbols, traditions, citizenship, crafts, etc.), as well as “Advice for Irish Roots beginners, and tips for moving on with your family history quest.” You can also follow Irish journalist and family historian Claire Santry on Twitter @Irish_Genealogy.

If either your father or mother, paternal/maternal grandmother or grandfather was an Irish citizen at the time of your birth – even if you and both parents were born outside the island of Ireland – through your Irish grandparents, you can claim citizenship. You can also claim dual citizenship through marriage. I will be writing more about Irish citizenship and jus sanguinis in the coming days. The documents you provide to establish citizenship via jus sanguinis must pass muster with the Foreign Births Register at an Irish embassy or consular office, or the Department of Foreign Affairs in Dublin.

If dual citizenship is not your goal, you may desire instead to obtain a Certificate of Irish Heritage offered by the Irish Department of Foreign Affairs and Trade. The requirements for eligibility have been relaxed, thanks to Ireland Reaching Out – better known as Ireland XO. Anyone of Irish descent who was born outside Ireland can be issued a certificate by making a self-declaration of named people in direct line between themselves and the Irish-born ancestor, and answering two questions about that ancestor. Although government-approved, the Certificate confers no rights to citizenship. No forensic genealogy required here; it’s more fun than it is official. For more information on Ireland XO, see my blog “Ireland Reaching Out – Irish Genealogy in Reverse Is No Blarney.”

If you are the genealogical researcher for your family, I hope the resources I have listed here will help you trace your Irish ancestry. If you hit the proverbial genealogy brickwall, don’t hesitate to contact a professional genealogist well versed in Irish ancestry research. Record Click offers genealogical services that can help you on your journey. Until that time, we wish you: Go n-eírí an bóthar leat – May the road rise with you. . . as you go in search of your Irish genealogy. 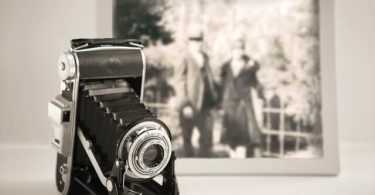 Modern genealogists have their work cut by almost half all thanks to technology. The era of drawn...