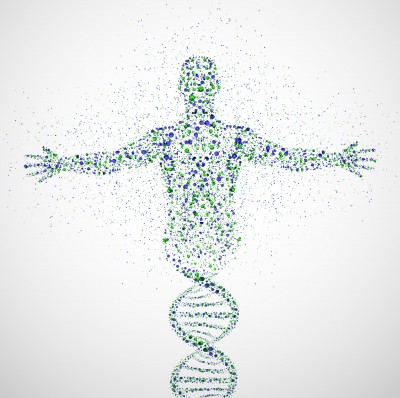 Whether you need help breaking through a proverbial “brick wall” in your research, or you want a deeper and more complete understanding of who you are and where you came from – Record Click offers you the expertise of genealogy researchers, as well as DNA testing. Genealogy DNA tests can now be ordered through the RecordClick.com website.

The next time you open your mouth to insert a glazed doughnut, consider swabbing the inside of your cheek first. It’s zero calories and infinitely more rewarding. I’m referring to the process of scraping buccal cells (found on cheek tissue inside your mouth) to obtain a sample for genealogy genetics testing. It’s not just a trend . . . it’s science, and it’s available to you. You’ll be able to break through that proverbial “brick wall” in your research process without breaking the bank.

Genealogy DNA testing may be trending, but it’s not a trend; it has been here for quite some time, and it is certainly not going to leave anytime soon. Don’t worry, there’s no loud-mouth pitchman in the wings preparing to extol the virtues of DNA testing; there’s no need, DNA testing speaks for itself. Because Record Click recognizes the importance of genetic ancestry testing to the lineage research process, it now offers DNA testing kits to customers.

Genealogy and anthropology DNA testing is different from medical DNA testing, which is equated with detecting hereditary diseases and conditions. Genealogy genetics has proven to be an invaluable resource for family lineage research by helping testing participants to solve genealogy puzzles. Depending on the test you take, you can discover the ancestry on your direct paternal (YDNA) or maternal (mitochondrial or mtDNA) lines. There is also autosomal testing, which uses the DNA from both the mother and father. Genetic DNA testing can tell you what the ethnic proportions are of your ancestry, e.g., are you descended from a particular group, such as Native American, Jewish, or African. Anthropology DNA reveals the history of ancient human migration.

There are a number of companies that offer these kinds of testing services. No doubt, you already know some of them after watching the hit PBS show Finding Your Roots with Henry Louis Gates Jr., as well as NBC’s Who Do You Think You Are? The three that are used on the shows are 23andMe (named for the 23 pairs of chromosomes in a normal human cell), African Ancestry, and Family Tree DNA.

GeneTree (ancestry DNA testing), which was a subsidiary of non-profit Sorenson Molecular Genealogy Foundation (SMGF), was acquired along with SMGF’s extensive collection of DNA assets by Ancestry in 2012. The acquisition led to the creation of AncestryDNA in spring 2012.

For the purposes of this blog, I am going to zero in on one particular company – Family Tree DNA (FTDNA) – for a variety of reasons. No doubt you have heard of FTDNA, since it is one of the contributing commercial ancestry testing companies to Finding Your Roots with Henry Louis Gates Jr. It is also the official sponsor of the DNA section of Who Do You Think You Are?

Houston-based Family Tree DNA was started in 1999 by genealogy enthusiast and entrepreneur Bennett Greenspan. The company now touts the largest DNA genetic genealogy database in the world with more than 300,000 records. Mr. Greenspan has staffed FTDNA with Chief Scientist Mike Hammer, as well as a host of other population geneticists and molecular anthropologists. FTDNA test kits are processed at Arizona Research Laboratories (ARL).

What sets FTDNA apart from the rest – in my humble opinion – is its ongoing involvement with the Genographic Project that was launched in 2005 to map the migrating history of humans. A research partnership was set up among the National Geographic Society, IBM researchers and scientists, and the Waitt Family Foundation, which is providing the funding for the project. Field scientists are collecting genetic samples, in order to analyze results and report on their findings. Literally hundreds of thousands of genotype codes are being analyzed for this project. Not only has FTDNA helped to provide public participation in the Genographic Project, but it has and will continue providing all of the genealogy-related tests to the Project.

Whether you need help breaking through the proverbial “brick wall” in your research, or you want a deeper and more complete understanding of who you are and where you came from – Record Click offers you the expertise of genealogy researchers, as well as DNA testing. FTDNA tests can now be ordered through the Record Click website. All testing and results are the same as those for other FTDNA customers.

Click here to read on and learn more about DNA Genealogy and order the DNA genealogical tests available from Record Click.

To arrange for a free consult, or to hire a genetic genealogist for an expert DNA genealogy analysis.