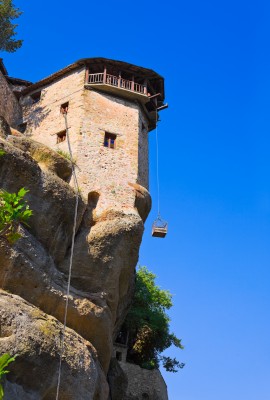 When you are deciding what your Summer 2012 reading will be, consider selecting a book with sex, romance, intrigue, and mystery – grab a copy of “Finding Family,” along with your flip-flops and a Mojito, and head to beach. Who knew genealogy genetic testing could be so exciting!

Spoiler Alert! The blog you’re about to read has a satisfying ending thanks to genealogy genetic testing, but . . . I’m NOT telling you who the real father is. However, I will tell you where to find the answer. What makes this quest a truly exciting adventure are the 26 years in between Richard Hill’s question, “Who are my biological parents?” and his discovery of the truth. It’s a story of patience, passion, and true tenacity.

After writing my last blog, “Put Your Money Where Your Mouth Is,” I developed a ravenous appetite for anything on the subject of genealogy genetic testing; I started Googling the topic. I landed on an interesting website DNA Testing Adviser – The Independent Guide to DNA Testing. At first I thought it was just a website to list DNA testing resources and their efficacy, but I discovered that it is a whole lot more. The host of the website is retired scientist Richard Hill, and it is his story, his quest to find his biological parents that makes genetic genealogy testing understandable, exciting, and relevant to any family history researcher’s pursuit of the truth. While DNA testing represents the nuts and bolts of technology, Richard Hill’s story is the heart and soul of science.

For those of you who do not know Richard’s story, I’ll provide you with a quick synopsis; however, don’t deprive yourself — read the 2009 Wall Street Journal (WSJ) article about Richard, study his website, and snag his book Finding Family – An Adopted Man’s Search for Roots and the Secrets Revealed in His DNA – it’s due out this Summer.

Richard Hill was adopted at birth by Thelma and Harold Hill. Around the time of his father’s death in 1978, Richard embarked on the journey to find his birth parents. His mother Jackie Hartzell proved fairly easy to find, as she was taken in by the Hill family during her pregnancy. Sadly, Jackie was killed in a car accident a year after Richard was born. The father remained unknown, until 26 years and a lot of genetic testing later.

At the time the WSJ article was published in 2009, Richard believed his birth father was Douglas Richards, one of five sons, and the owner of a tavern in Michigan where Jackie Hartzell worked. The conception date worked out to be on or near August 14, 1945, which was V-J Day when the Japanese surrendered at the end of World War II. There was definitely a lot of celebrating going on.

On his website and in his book, Richard discusses the four stages of genetic testing that he used over his 26-year search, noting that as time passed, technology improved, bringing him closer and closer to finding out the mystery. He started with 1) a simple paternity test, 2) advanced to a Y-DNA test, and then 3) tried a DNA sibling test, which he does NOT recommend. The Y-DNA test (referring to the Y chromosome carried by males) revealed his father’s surname was “Richards” (a huge breakthrough); the DNA sibling test pointed to Douglas Richards as the biological father, a finding that would be overturned several years later in 2010-2011, when autosomal DNA testing came into use. Instead of testing just 16 markers, autosomal testing looks at 700,000 markers to measure the amount of DNA two people have in common. In short, it’s a heck of a lot more accurate. Because all five of the Richards brothers had sons, DNA was available to link any one of the five brothers to Richard’s paternity. Richard paid for his cousins to undergo 4) autosomal DNA testing, which ruled out Douglas Richards as his biological father. And THAT is where I will leave you in this saga. I’m not going to be the one to spill the beans (in this case . . . the genes). Genealogists out there in cyberland, start your computer engines, and do your research.

What’s really great about Richard’s story, is that he has taken 26 years of experience, research, and hard work and shared it all with his readers. So, when you are deciding what your Summer 2012 reading will be, consider selecting a book with sex, romance, intrigue, and mystery – grab a copy of Finding Family, along with your flip-flops and a Mojito, and head to beach.

Click here to read on and learn more about DNA Genealogy and the DNA genealogical tests available from Record Click.