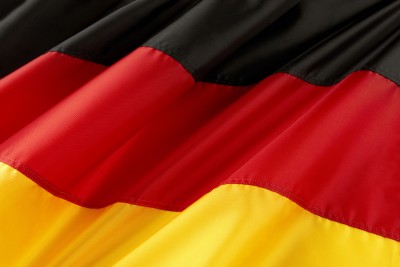 The 2010 United States Census yielded some surprises. It turns out that Americans of German descent now number about 50 million and have overtaken Americans of Irish descent as the United States’ #1 ancestral group. Not surprising is the increase in German genealogists who want to trace their Teutonic family genealogy. RecordClick is responding to the uptick in interest by increasing their genealogy ancestry services in Western and Central Europe by staffing more professional in-country German genealogy and Polish genealogy researchers. This blog is your introduction to German genealogy. Over the coming months, RecordClick will be posting more articles, some written by historical researchers living and researching in Germany. We hope to make your German ancestry search a little easier.

The United States isn’t called the Melting Pot for nothing. We are a sovereign Nation of many sovereign States – each one a home to a citizenry comprising every race, creed, color, national origin, and ethnicity on the planet. The only people indigenous to North America are Native Americans (aka American Indians). The rest of us are immigrants, having migrated to the New World in various ways: by land, sea, or air. Meaning – we all come from some other place. It’s no wonder that family search genealogy is on the rise.

What else is on the rise is tracing ancestry among certain ancestral groups, some of which are showing a marked spike in interest for genealogy research and genealogy services. Ireland’s Diaspora claimed the #1 spot for ancestral groups in the United States in the latter part of the 19th Century (see Erin Genealogy Go Bragh – Irish Ancestry Research Forever). However, even with almost 35 million Americans claiming Irish ancestry, the group is now #2, ceding their top position to Americans of German descent, who now number 50 million (according to the 2010 U.S. Census). This makes our German-descended population the largest ancestry group ahead of the Irish, Africans, and English.

As the 2010 United States Census results were released, the interest in genealogical research began shifting accordingly. Given our demographics, it’s no surprise that we are seeing more family genealogy researchers tracing their Germany ancestry. According to RecordClick’s Founder and CEO, “We have been swamped with German genealogy inquires, and we are answering the demand by finding the best and brightest German genealogists to help our clients with their ancestor search.”

Germans form a solid foundation in American history, first arriving in the Colonies as early as 1670. “Germans have been immigrating in significant numbers to the U.S. since the 1680s, when they settled in New York and Pennsylvania,” writes Frank Bass, a reporter for Bloomberg. “The bulk of German immigrants arrived in the mid- 19th century; they’ve been the nation’s predominant ethnic group since at least the 1980 census.”

The 1700s saw a migratory influx of Protestant Germans (known as Palatines), which represented the largest single immigration to America during the Colonial period. The reasons for immigrating were varied, but many came to escape religious and political oppression. During the 19th Century, almost 8 million Germans came to America.

German settlements sprang up on the East Coast, in the Midwest, as well as in Southern states. In fact, the first Anglo-American settlement in Texas comprised 300 families from Germany. The Mexican government granted permission in 1821 for Stephen F. Austin (known as “The Father of Texas”) to establish a colony in what is known as the Hill Country of Texas.

With this amount of history, genealogical researchers have a lot to keep them busy – especially if they are looking to join lineage organizations such as the National Society Daughters of the American Revolution, the Sons of the American Revolution, United Daughters of the Confederacy, or Sons of Union Veterans, etc. But a lot of family genealogists don’t just stop tracing ancestry on American soil, opting to continue their genealogical research in the countries of their ancestral origin.

While not impossible, German genealogy can be challenging because its states, provinces, and counties have changed many times. The language barrier may also be a deterrent. When searching localities, bear in mind that once-German territories are now part of France, Belgium, Denmark, Lithuania, Poland, and Russia. The German Empire of 1871-1918 is vastly different from Modern Germany, with many territories ceded after World Wars I (1918) and II (1945). Because of all the territorial changes, archives are wide-spread, and a German genealogy researcher may have a hard time determining which of the many archives has the particular records they need.

According to FamilySearch there are six major types of genealogical repositories for German records:

The processes for tapping genealogical research data varies from resource to resource. While the Family History Library has captured some of the German archive collections on microfilm, the majority of documentation is still located outside of the U.S.

One of the best genealogical research resources available to you is FamilySearch’s Research Outline for Germany. It is 60 pages jam-packed with easy-to-understand German genealogy research tips that cover German search strategies; maps of German states and provinces “then” and “now;” church directories; records such as birth, death, marriage; and military papers; as well as Jewish files and documents.

If you are searching for documents supporting your German genealogy, you may have to tap records found in neighboring countries. The Family History Library has records from many provinces that were once part of Germany, but now belong to a neighboring country – such as the provinces of Alsace-Lorraine (now part of France); the eastern provinces that are now part of Poland, Lithuania, and Russia; and records from the northern portion, which is currently a part of Denmark.

If you are of Polish ancestry, you are one of approximately 9.5 million Americans of Polish descent living in the U.S. If you trace your ancestry, you will find that you may be either a German Pole, an Austrian Pole, or a Russian Pole, because these nations occupied Poland between 1795 and 1917. Poland did not exist during this time, and its borders were further dismantled during World Wars I and II.

Polish immigration to the U.S. began in 1608, when the first Polish settlers arrived at the Virginia Colony. Fighting valiantly for the Patriot cause, Polish immigrants, Kazimierz Pulaski and Tadeusz Kosciuszko, are considered American heroes for leading Rebel armies in the Revolutionary War. A subsequent Polish mass migration “for bread” (za chlebem) occurred between the mid-1800s and 1914, bringing about 2.5 million ethnic Poles to U.S. soil. The second wave of Polish immigration happened after World War II. The third influx was in the early 1980s as Polish immigrants fled their country for political and economic reasons.

So where does that leave German genealogy and Polish genealogy researchers? With a whole lot of research to comb through – some easy to access and some not so easy. Because RecordClick recognizes research trends, and has the desire to help you find your ancestors, they are increasing their genealogy ancestry services in Germany and Poland, staffing more in-country professional genealogists, to help you with your ancestor search. With so many archives to deal with, language barriers, and the inevitable need to research in faraway locations, a German genealogist for hire may be your best bet.