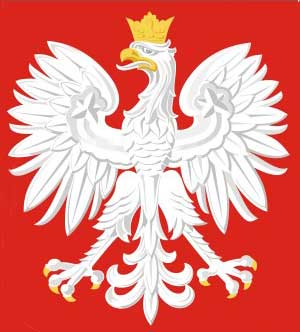 To succeed in your Polish ancestor search, it may come down to knowing what you know and knowing what you don’t know – about Polish geography. Genealogical research in the area that is now Poland is no easy task. Knowing the changing geography of Poland throughout its history will help you know where to look for your Polish ancestor, and in so doing, discover another piece of your family history. Now, that is true knowledge.

If only researching genealogy in the region now known as “Poland” were as easy as Googling “Polish Ancestry,” we’d be in luck; but alas, it is not. Conducting any ancestor search in Europe, especially Eastern Europe, is a complicated task, compounded by the fact that borders have changed so many times, several different languages are spoken, valuable documents have been destroyed during war, and religions and church records are vast and varied.

Sadly, there are no centralized records in Poland, such as censuses or vital records. That is why it is crucial for a genealogist or family history researcher to know their ancestor’s hometown. With that information, a search can be narrowed down, giving an ancestry researcher a better chance of locating documents that can help trace family history.

My blog Polish Genealogy – Starting Your Ancestor Search, posted August 4th, gives an overview of Polish ancestry search and lists a number of helpful genealogy research resources. Possibly the most important item of information you need to know first and foremost is in what region your ancestor lived. The only way you can ascertain that information is to know the time frame with which you are dealing. In this blog, I will address the major repartitioning dates for the Polish region to help you narrow down the locale of your ancestor.

Your Polish genealogy research hinges on when and where your ancestor lived before coming to America. Keep in mind, of the 10 million Polish Americans reported in the U.S. Census, only a certain portion consider themselves of Polish ancestry – others identify themselves as German, Austrian, or Russian. That’s because the borders of what is now Poland have changed so much. Between 1795 and 1917, it was occupied at different times by Germany, Austria, and Russia. Poland didn’t become an independent nation until 1918, as a result of World War I. After World War II, Poland’s borders shifted again considerably when the Soviet Union took territory in the east, and Poland gained territory from Germany in the west.

Adding even more confusion to the process, in 1975 Poland increased its number of provinces from 22 to 49, and then reduced the number in 1999 from 49 to 16. Administrative districts have been reorganized and local place names and boundaries have changed, so you need to determine previous boundaries and jurisdictions in order to locate your ancestors’ records, because most records refer to the older provinces and place names.

Poland, which is roughly the size of New Mexico, is located in north-central Europe. It shares borders with Belarus, Czech Republic, Germany, Lithuania, Russia, Slovakia, and Ukraine. It also has 273 miles of coastline on the Baltic Sea.

In 1386, Queen Jadwiga of Poland married Wladyslaw Jagiello, the Grand Duke of Lithuania, making Poland a strong Polish-Lithuanian state. During this time, Poland expanded its territory, economy, culture, and political development. Once the last Jigiellonian monarch died in 1572, the Polish empire began to decline. Foreign monarchs were elected and rivalries erupted among nobles. Additionally, wars with Turkey took their toll, Ukraine rebelled in 1548, and Sweden gained control of the Baltic region during the 17th and 18th centuries. Russia, Prussia, and Austria again divided the country several times in the 1700s, which makes this period of time very important to genealogists and family history researchers when searching for Polish ancestors.

It was a German kingdom in existence from 1525 until 1945 when the Allied Forces absolved it. Located along the Baltic Sea, it covered an area of approximately 135,000 square miles. After WWII the bulk of its territory became part of Poland, while the remainder was divided among Germany, Russia, Lithuania, Denmark, Belgium, Czech Republic, and The Netherlands. Its official language is German.

Question: “What and Where Is Prussia?”

Though East and West Prussia were united as one province in 1824, they were once again divided into East and West in 1878. In 1945 Prussia’s territories were split between Poland and Russia. Thus began the systematic campaign to cleanse the area of Germans, forcing 12 million refugees to seek a new home.

The late 1700s is a highly significant period for genealogists in regard to geography, because there were three partitions of Poland. If you are researching your Polish ancestors during this period, you will want to refer to the specific maps relating to the specific time period. Rootsweb has a page dedicated to the historical geography of Poland, with links to the maps for all three partitions.

Another way that geography can help your genealogy research in Poland is to locate the area from which your ancestor emigrated. There are four primary regions from which Polish ancestors migrated during the 1800s.

1) East Prussia (Ostpreussen in German)
East Prussia was located on the southeastern Baltic Coast and was the main part of the region of Prussia. In 1875 the population comprised Germans (73%), Poles (18%), and Lithuanians (8%). After WWII the bulk of East Prussia became part of Poland, the rest went to Russia. East Prussia lost all of its German population after 1945 due to ethnic cleansing, as Poland and the Soviet Union absorbed its territory. Today, Poles, Lithuanians, and Germans live in East Prussia.

2) West Prussia (Westpreussen in German)
West Prussia was a province of the Kingdom of Prussia between 1773 and 1824, and then again between 1878 and c. 1919. After Germany was defeated in WWI, West Prussia’s central parts became the Polish Corridor, known today as Poland’s Pomeranian Voivodeship, with Danzig as the capital.

3) Galicia (Galizien in German, Halychyna in Ukrainian, Galicja in Polish)
Galicia was a northeastern province of the Austro-Hungarian Empire, and is today part of eastern Poland and southwestern Ukraine. Its major cities include Lviv and Ternopil. In 1945 the eastern part of what had been the Austrian province of Galicia became part of Ukraine.

4) Silesia (Schlesia in Polish, Slezski in Czech)
Silesia became part of Prussia in 1742. This area borders the Czech Republic and Slovakia, extending along the banks of the Oder River. In 1945 all of Silesia, except for a couple of western counties, was given to Poland; the portion is now called Zgorzelec. A small portion of southern Silesia is now in the Czech Republic.

Searching for ancestors in Poland is not an easy task. Don’t let a genealogy brick wall keep you from finding your Polish ancestors. Consider contacting a professional genealogy service. RecordClick staffs professional genealogists, in Poland and Germany, who are able to handle language barriers, and are trained to know what archives and records need to be examined to find the answers to your genealogical questions.