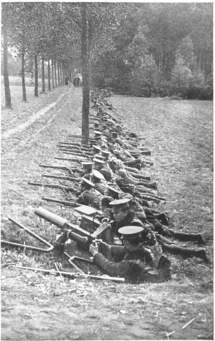 With Veterans Day here , our genealogist looks at who and how people memorialized our servicemen. War memorials are important ways for citizens and a country to come to terms with the many sacrifices of war. The genealogist will always find interesting information both on the memorial and in the research done on those who gave their lives for their country.

This RecordClick genealogist is issuing an event reminder that every family history researcher should know about:  On the Eleventh hour of the Eleventh day of the Eleventh month of 1918, the Great War – The War to End All Wars – World War I was over.

World War I touched almost every family in some way. On the home front, women gathered to make bandages and other supplies for the boys who went off to fight in Europe. Families purchased bonds. Everyone tried to do his or her part to support the war effort.

World War I was a war that was pivotal in many ways. Every genealogist should keep this in mind because it adds color to the family history research. First, the genealogist may note that while horses and the cavalry still played a role in war during this time, so did airplanes which were the newest form of transportation. Also in this war, fighting took on another dimension as mustard gas was introduced. Add to this mix the global influenza epidemic and World War I became even that much more tragic on many levels. 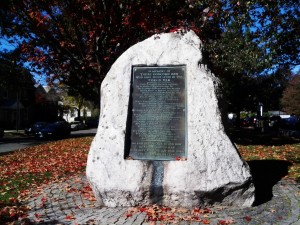 Our RecordClick genealogist looked into the names on this important monument to our Veterans.

After World War I was over, citizens in many towns and cities felt the need to remember those who had gone off to the Great War and died. Across the country, they began erecting monuments that listed the sons who gave their lives. For the genealogist, these memorials provide important documentation.

On a recent trip to New England, this genealogist noticed right away an important World War I memorial where I was visiting. There, on the green in Concord, Massachusetts, was a substantially-sized rock that provided the backing for a metal plaque on which was stated:

“In Memory of these Concord Men who gave their lives in the World War.”

This genealogist also noted the list of these brave men:

As an experienced genealogist, I know that the family history researcher must always be asking questions.  Here are the ones that came to me:

As to where the information can be found, most newspapers printed casualty lists on a regular basis. If a soldier died and was buried overseas, the American Battle Monuments Commission is an excellent source for finding cemeteries and burials. The local library, historical or genealogical society may also have data for the genealogist on those who served from the area. There are a number of web sites which include draft information.

As for these brave Concord, Massachusetts men, here is a partial list:

John A. Rose, entered the service from Massachusetts and was in the Chemical Warfare Service. He died Oct. 10, 1918 and is buried at Brookwood American Cemetery, Brookwood, England. (ABMC)

Orville P. Johnson, of Albany, NY, died July 18, 1918. He was killed by a shell while looking for machine gun sites. A few hours later his orders arrived to return to America as an instructor. He attended Harvard. (Boston Herald, Aug. 25, 1918)

Each soldier who served in World War I has a story. Sometimes the information is easy to find. Often, a little extra digging by the genealogy researcher is needed. An expert genealogist from RecordClick will find that special record to give your family history that personal touch. We have ancestry researchers in Europe who are able to delve into overseas sources.