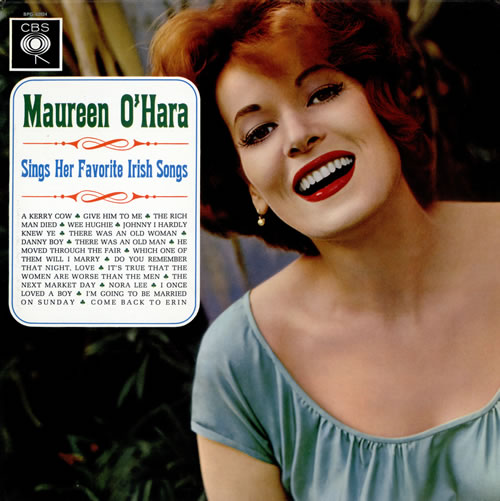 In March, everyone is just a little bit Irish. In America, everyone loves Irish Actress Maureen O’Hara. Our RecordClick genealogist takes a look at O’Hara’s ancestry and new start in the USA.

‘Tis that time o’ year when this genealogist and everyone else is just a wee bit Irish. This RecordClick genealogist sometimes wishes she were a bit more than she is. Ah, well.  The Irish have a certain free spirit about them not found anywhere else. They’ll sip a pint in the neighborhood pub and raise their voices in a rousing song. The ancient land survives what the ocean serves up – from Dublin to the Cliffs of Moher and Cork in the south to Londonderry in the north. This is the land that actress Maureen O’Hara grew up in. This is the place that gave her the aspirations that took her around the world.

Most any genealogist is often get set in our ways: Names and dates. Check the census. Birth, death and marriage records. Baptisms and burials. But sometimes, yes, sometimes, there is a special day that changes a life forever.

For genealogy researchers, it may be worth taking a little bit of extra time to find out about that day. It can be a wedding or the birth of a child. Perhaps it is a graduation. Sometimes, it is the death of a friend or loved one. Or, it could be a day something special happened. Possibly, for Maureen O’Hara, a special day could have been Monday, June 19, 1939.

A great deal has been written about Maureen O’Hara. During the course of her acting career, she has rarely shied away from publicity. That could be the Irish audacity in her. For the genealogist, she was born near Dublin in 1920, the daughter of Charles and Marguerita FitzSimons. The second of six children, she took up acting at an early age, first in Dublin and then in London. While in London, Maureen FitzSimons was noticed by legendary actor Charles Laughton. He opened some doors for her, suggested the name change to Maureen O’Hara, and her career took flight.

Maureen O’Hara is credited with two films that year. The first was an Alfred Hitchcock movie Jamaica Inn, released in October. The second was The Hunchback of Notre Dame, with Laughton. It was released in late December. This was a busy time for studio actors with a good number, including O’Hara, doing two or three films a year.  In the following years, O’Hara acted in a number of motion pictures including How Green Was My Valley and with a variety of leading men including James Stewart and Tyron Power. Then, in 1952, The Quiet Man, set in Ireland, coupled O’Hara and John Wayne. It was a special match with O’Hara and her auburn hair going toe to toe with Wayne. Watching it is a good way to spend a couple of hours on St. Patrick’s Day. 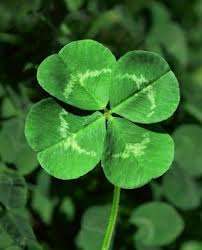 Looking far afield, the genealogist can find some interesting luck (and documents!)

“But what about 1939?” asks a genealogy researcher.

When this genealogist checks  passenger lists, I find that it shows that on June 19 the Cunard Line’s Queen Mary arrived from Southampton at Pier 90, West 50th Street at 8 a.m. The Queen Mary was built in 1936 and was known for her speed plying the waters between England, Cherbourg, France, and New York City. She was new and she was special. On that day in June, this genealogist notes that two of her passengers were:

This genealogist has found the weather for that time. The sky was cloudy with showers. Temperatures were warming with spring turning into summer. New York City was a bustling place as the mother and daughter stepped off that ship to start a lifetime adventure.

Every family has stories to tell. There are triumphs and tragedies, family traditions and mysteries. When you hire a genealogist at RecordClick, we help you write your family’s story. Our genealogy researchers do the research and make sure the facts are documented and accurate. RecordClick has researchers in England who will access records from the British Isles – including Ireland—for you and your family.